For Protection From Crocodiles 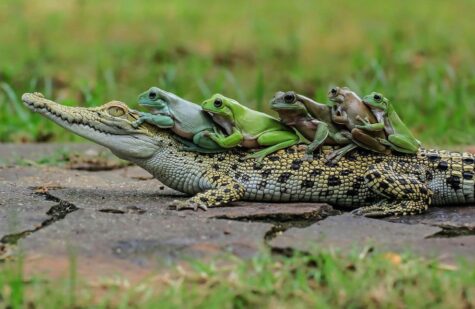 Crocodiles, like snakes, are simultaneously fearsome, dangerous creatures and potent symbols of spiritual and psychic protection. Pregnant Isis, after all, hid in the crocodile infested swamps of the Nile Delta. It was the safest spot she knew.

In ancient days, the papyrus plant, which once lined the Nile, was a hieroglyphic emblem for Lower Egypt, especially that Nile Delta swampland. It also served as a protective emblem from crocodiles, lending new meaning to Moses’ cradle on the Nile, formed from papyrus.  This symbol (shown below) can be used in a variety of ways to create a protective talisman. 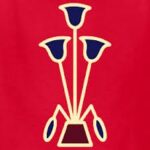 The Egyptian Book of the Dead suggests carrying the plant sweet inula to ward off crocodiles both living ones and those that haunt the spirit realm.

From Burma we have this tidbit:

Crocodiles shed their teeth, continually growing new ones. Naturally shed teeth have a prophylactic effect: string them and wear on necklaces and anklets to prevent attack. Alternatively, carry the teeth in a medicine bag.

To make a crocodile charm bag, place a piece of gold pyrite into a drawstring bag together with crocodile teeth and/or an image of a crocodile. Carry for protection. 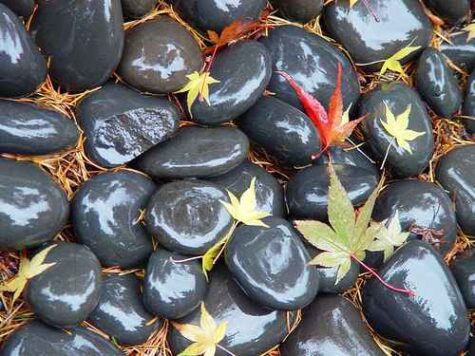 Go to a moving brook or stream. While standing in the water and facing downstream, remove five small pebbles from the stream bed. As you do this, visualize your need for protection.

As your hand closes over the pebbles, see them beaming out protective energies. Just as the pebbles are hard and have weathered for eons, so too will they strengthen your protective shield.

Now carry them at all times for protection. If you wish, place them in a small pouch or a fold of cloth, or incorporate them into some form of jewelry. 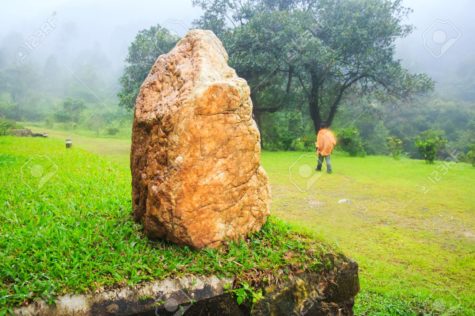 Every home can benefit from protection. This spell employs one of nature’s sturdiest objects, a stone. Choose a plain rock at least as big as your fist. Set it on your altar between a bowl of salt and a bowl of water. Behind these, light a black candle.

Sprinkle the stone with salt, saying:

“I consecrate this stone with the purifying power of salt.”

Sprinkle it with water, saying:

“I consecrate this stone with the cleansing power of water.”

Pass it over the flame, saying:

“I consecrate this stone with the attraction of flame to moth.”

Finally, trace the image of an eye on the stone with your finger, and say:

To watch and guard around my home,
I invoke the strength of stone.
All evil thoughts be drawn within:
Strike here and leave me alone!

Blow out the candle; empty the salt and water outside. Keep the rock near your door. Once a month, when the moon is new, bring the stone doors. With an attitude of gratitude, lovingly wash the stone in warm soapy water to cleanse it, rinse it in warm salt water to purify it, and then with your finger retrace the eye on the stone and repeat the invocation. Return the stone to it’s place by the door. 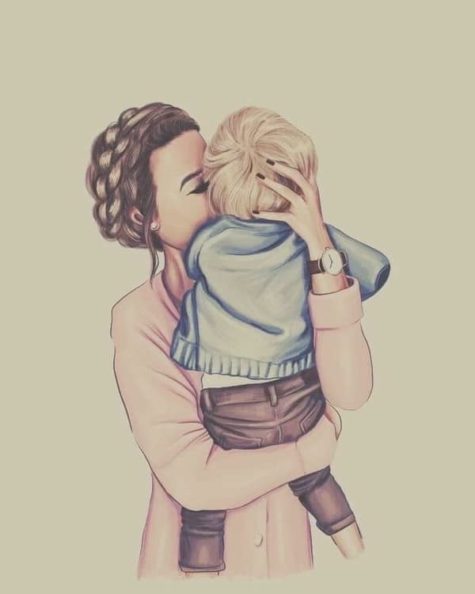 In many cultures, it is considered bad luck to compliment a baby or to remark about a child’s beauty as bad fairies might take notice. Flattery and envy attracts the evil eye, so wise mothers and crones will speak in reverse, ironically commenting: “How ugly that child is!” Or: “I’m sorry, Mrs. Duffy. Your baby is hideous!”

If a stranger has the bad manners to offer a compliment, or a fixed adoring gaze on a babe, the mother can deflect it by asking the person to spit on the child. Returning home, mothers can also perform a simple charm to protect her family by spitting on the children upon entering the house. If she forgets, the grandmother can do it. 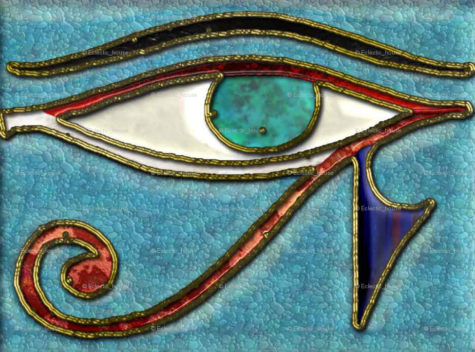 Pure Clove Bud Essential Oil has a strong protective influence, and the “eye” is an ancient symbol of protection that has been used for centuries to protect boats, horses, wagons and carts, homes, and people. Put the two together and you have a powerful protective spell.

Here’s how to do it:

With a finger dipped in the clove bud essential oil, draw an eye on your front bumper, your rear bumper, and on each door of your car. As you do this, visualize the eye shimmering with a golden light.

Draw the symbol on the front of every entry door to your home, including the garage door (if you have one). The symbol can be painted on your front gate. Simply add a few drops of clove essential oil to the paint that you use.

This spell can be refreshed and redrawn at any time.

~This spell, courtesy of Madam Fortuna 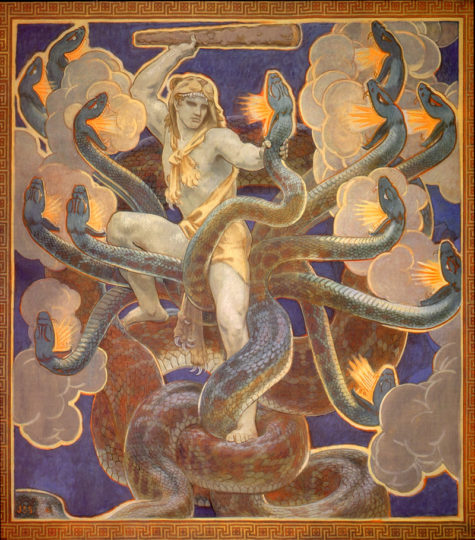 Although no animal is more associated with magick than snakes, in general, the vast majority of magick spells for snakes involve methods of repelling them and warding them off. Here we have a number of simple protective devices the warding off and protection from snakes.

Agates are carried as talismans of safety from both snakes and scorpions. Although plain agate is allegedly effective, the talisman is more potent if engraved with either the image of a snake or of a person, preferably you or at least someone resembling you, riding upon a snake.

Among its magic powers, alkanet not only allegedly protects against snakebite but also helps counter and control fears of snakes.

Allegdly snakes will not cross over a boundary formed from mingled ash leaves and twigs. If you live in a snake infested area, it might be worth a try.

Make an infusion of black snake root (black cohosh) and add it to your bathwater, so that your aroma will allegedly repel snakes. (Note: Black snake root is not safe for use by pregnant women).

Contraveneno is a large black bean, marked on one side with a cross. A staple of Latin American magic, there is apparently n o English nickname for Fevellea cordifolia. The bean is poisonous but is used as a magical weapon to prevent snakebite and attack from other venomous creatures. Carry it in a charm bag around your neck. Do not consume it.

The aroma of galbanum allegedly repels snakes. Burn it as incense or warm the essential oil in an aroma burner. You may also add it to your perfume.

Elder magically guards against snakes and all manner of fierce creatures, including (allegedly), mosquitoes. Carry elder twigs in your pocket or conjure bag to prevent attack.

This refers to the common garden herb, not the member of the banana family. Charge plantain with it’s mission of protection. Carry it in your pocket to guard against snakebite.

Carry a piece of root from a raspberry vine to magically protect against snakebite.

Serpentine is named for its affiliation with snakes. Carry it as a charm for safety from them. Serpentine may also be used to cement a relationship with snakes. It provides safety without repelling.

Fossilized shark’s teeth were once believed to be snakes’ tongues. They are still believed to have a magical affinity for snakes. Soak a shark’s tooth in wine, and then drink the wine to assist in healing snakebite. 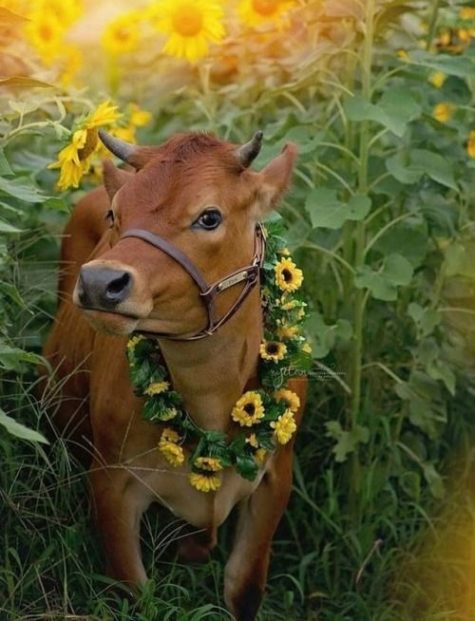 This is a ritual to invoke the protective power of a specific deity, and to create a lasting relationship that will be of benefit to you and your family. Generally, this is a ritual involving farm animals. It is most effective when the animal chosen is favored by the deity you are working to influence.

The animal is then returned home or to its flock. It is now never ridden, worked or eaten, but is instead treated exceptionally well (or at least left alone to enjoy life) as a gesture of sacrificial devotion.

This treatment may be extended over the creature’s entire natural life or for a specified period of time, although this must be stipulated from the first initiation of the ritual.

Found in: Element Encyclopedia of 5000 Spells 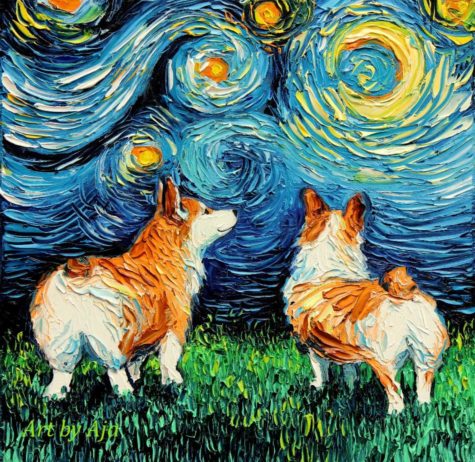 Spread out a white handkerchief. On it, place a clipping of your pet’s hair and a picture of your home or one of you and your pet together. Imagine your pet back in its favorite inside place, sleeping contentedly. Keep this image in mind and say:

From this place you will not roam,
For you are safe and loved at home.
Whenever you leave, Return to me,
From this dawn onward. So mote it be!

Wrap the photo and hair in the hankie and tie it securely. Place it near your pet’s favorite inside place.

They say that an ounce of prevention is worth a pound of cure. Here are a number of simple vampire prevention spells.

Or you could do this:

Spindles are an ancient symbol of life and death. The Fates traditionally wield a spindle with which they spin the thread of life – and a pair of shears to cut that thread. Three days after a burial, stab nine spindles into the grave to prevent a vampire from rising.

Posted in Protection Spells, Spells For The Dead | Tagged Cemetery, Get Rid Of, Graveyard, Vampires | 1 Comment 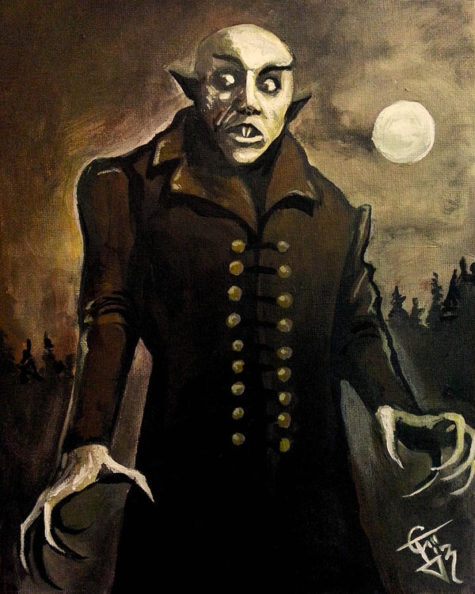 May 26 is World Dracula Day, and a celebration of vampires. So, I thought it might be good to post some Vampire Banishing Spells. It is said that peppermint repels vampires just as effectively as garlic, and can be easier to administer. The addition of garlic to the peppermint gives an added boost.