In the Christian calendar the third day of Christmas is given over to St. John, the beloved disciple. Throughout Germany and Austria, it is still customary to have the priest bless the wine on this day. The resulting “St John’s wine” is considered very lucky and is believed to have healing properties. It is preserved throughout the year, and even ordinary bottles placed next to it are said to taste better! 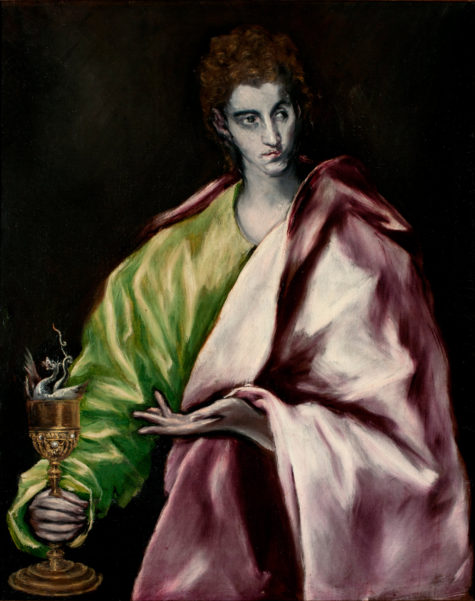 Priest: Our help is in the name of the Lord.

All: Who made heaven and earth.
Priest: The Lord be with you.
All: May He also be with you.

Let us pray. If it please you, Lord God, bless + and consecrate + this vessel of wine (or any other beverage) by the power of your right hand; and grant that, through the merits of Saint John, apostle and evangelist, all your faithful who drink of it may find it a help and a protection. As the blessed John drank the poisoned potion without any ill effects, so may all who today drink the blessed wine in his honor be delivered from poisoning and similar harmful things. And as they offer themselves body and soul to you, may they obtain pardon of all their sins. We ask this through Christ our Lord

Lord, bless + this creature drink, so that it may be a health-giving medicine to all who use it; and grant by your grace that all who taste of it may enjoy bodily and spiritual health in calling on your holy name. We ask this through Christ our Lord.

May the blessing of almighty God, Father, Son, + and Holy Spirit, come on this wine (or any other beverage) and remain always.

Note: Where you see the + it indicates to make the sign of the cross.

Spell for the Christmas Lunar Eclipse

A total lunar eclipse took place on December 20/21, 2010. Called the Christmas lunar eclipse, it was visible after midnight Eastern Standard Time on December 21 in North and South America. This was a very rare event, and the following spell was very powerful at that particular time. This does not mean that this spell could not be used, with a few minor variations, during any lunar eclipse coming up in the future. 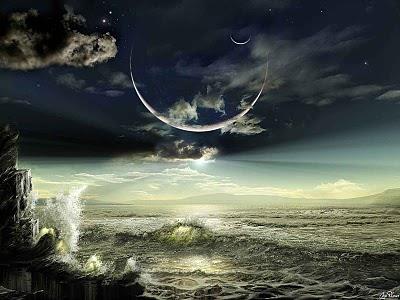 This combines the power of the full and new moon all at once. Any spell performed this night needs to be done carefully as you will be invoking the Triple Goddess in each of her forms. That it falls on Yule brings into play the birth of the Unconquered Sun, and invokes the full power of the God as well. Total lunar eclipses always involve the full moon, and as such, are the time of perfect union between the sun and the moon. Spells for fertility, new ventures, success, love, and miracles are greatly enhanced when worked during the eclipse.

Consider carefully what you wish and write it out before hand. I would strongly suggest writing your ritual on parchment in sacred ink using a “pen of art” or a sacred writing utensil. Remember, use only consecrated tools as this is a time not only of the full moon, but of the new.

Once you have your spell written (mine will be for happiness and wealth never being detrimental, but only to their and my benefit) and your candles ready (for happiness I have chosen yellow and pink. For wealth, I have chosen forest green and blue) and your altar set up, relax, and take a nice long bath in something heavy with Jasmine.

Drink a cup of Jasmine tea if possible. I can get dried Jasmine flowers from a local herb shop and so include them in my bath and on my altar. My altar for the full/new moon is dedicated to the Morrigan and Brigid, two Goddess whom I never choose.

Cast the circle and once cast, light the non-ritual candles. Meditate gently and allow your mind to go blank then focus on your spell. Now, light the candles related to your spell, using whatever chants you have chosen. Take the scroll of paper you wrote the spell on and pass it over each element. See the energy of that element weaving it’s own magic into the spell on the paper. Wave the parchment over each of the spell candles.

If you can, light the spell from each of the spell candles and allow it to burn in a safe place, visualizing the energies trapped in the paper of the spell being released to do their purpose. Allow the candles and all ritual items to burn themselves out. Do not reuse any candles, incense, salt or herbs that were used in this ceremony. Take all ashes, salt and whatever else “disposable” you used and wrap in a piece of cotton or silk. Treat this as you would the ashes of a sacred fire, using them to bless an area or keeping them as a talisman. 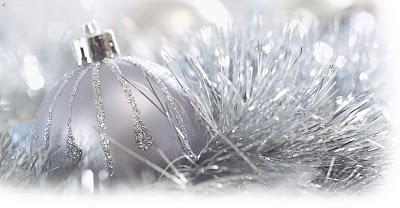 Take an old Christmas Tree ornament and remove the metal hanger top. Most of these ornaments are mass produced with cheap paint on the outside that soaks off in warm water, overnight( they are usually a silver color underneath) or use a silver colored ball.

Next, rinse out the ball with a salt water solution. Now, get yourself a spool of red thread and some patchouli oil. Cut the thread in 3″ strands.

Carefully insert the strands through the opening of the ball. Continue inserting strands until the ball is nearly full. Put in 3 or 4 drops of the patchouli oil and replace the metal hanger cap. Now hang the ball in your room, preferably as close to the door as possible. As you hang the ball, say:

A Christmas Spell for Clairvoyance 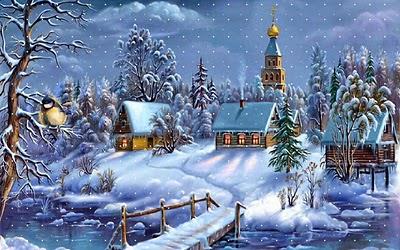 If one goes on Christmas night in the morning twilight into a wood or forest without uttering a word or letting a sound be heard, without looking around, without eating or drinking, without seeing any fire, and follow a path leading to a church, when the sun is rising, he will see as many funerals as will pass that way during the year. He can also see how the produce will be in the meadows and pastures, and whether any fires will break out, or epidemics occur; in fact, for the time, he will be clairvoyant.

Virtures and Specialities of Qasīdat al-Burda 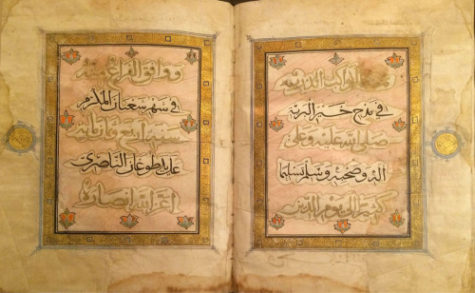 Qasīdat al-Burda (Arabic: قصيدة البردة‎‎, “Poem of the Mantle”) is an ode of praise for the Islamic prophet Muhammad composed by the eminent Sufi, Imam al-Busiri of Egypt. The poem whose actual title is al-Kawākib ad-Durrīya fī Madḥ Khayr al-Barīya (الكواكب الدرية في مدح خير البرية, “The Celestial Lights in Praise of the Best of Creation”), is famous mainly in the Sunni Muslim world. It is entirely in praise of Muhammad, who is said to have cured the poet of paralysis by appearing to him in a dream and wrapping him in a mantle or cloak.

I decided to post the “Virtures and Specialities” here in the Book of Shadows because they read like magick spells, because I have posted something similar based on the Psalms (Using the Psalms for Solving Problems), and also because the Muslim world is rarely represented in pagan, wiccan, or other magickal circles. An english translation of the book can be found here at Wikipedia, if you feel inclined to try your luck with it.

The Virtures and Specialities

The virtues of Qasidat al-Burdah are innumerable. Some of its virtues (and specialities as appear in famous books)
are mentioned here:

In conclusion we find that for whatever purpose “Qasidat al-Burdah” is read, Insha-Allah that purpose will be
fulfilled, with the precondition that ones earnings and food is halaal. One also becomes constant in eating,
sleeping, and talking less. May Allah Ta’alaa through His infinite grace and mercy accept this humble effort, grant
us death with Iman, bestow us, our Ma’shaykh, and our families, eternal love for Sayyidina Rasulullah Sallallahu
Alayhi Wasallam through the blessings of this qasidah.