Multi-Verse Spells To Become A Vampire 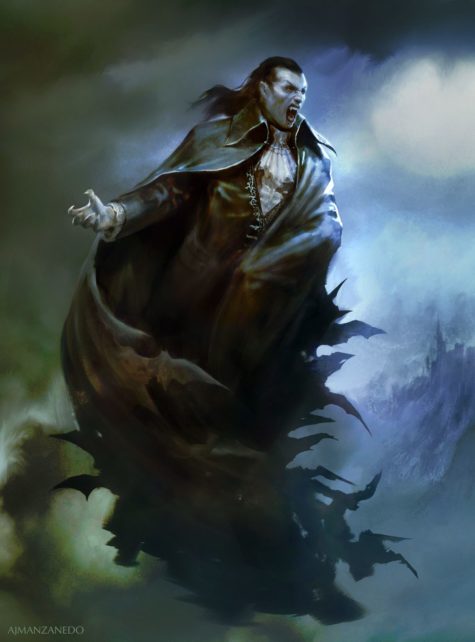 In the multi-verse theory of magic, existence is composed of an infinite number of universes, within which every possibility exists. The hallmark of this method is the use of perceptual changes in yourself, to try and enter a universe in which your desired effect is true. The more unlikely an event, the more obscure the universe it exists in, and the harder it is to get there.

Becoming a vampire with this method will require the use of deep meditation and or chanting. This process is necessary to change your own perceptions enough such that you actually begin to shift your physical being towards a universe in which you are a vampire.

In using this method it is important to keep your mind open and to be ready to believe in the possibility of anything. This has to be balanced with your ability to perceive the reality of the dimension you are in at any given time. Just believing you are a vampire is not enough, you actually have to change the way your eyes see things, and the way and your mind understands them.

As usual the methods which will work best are going to have to be individually tailored to your mind and situation. A teacher will help this greatly, because they will be able to evaluate you and make suggestions from a trained position relative to you. However, as you become more proficient at this method it may become difficult to remain in a dimension in which you know the teacher, and as such you may require several teachers over the course of your training.

As far as the drinking of blood, there are many dimensions in which you are a vampire that doesn’t require blood and has found a much easier method of taking in energy. As such you should try and steer yourself towards these specific dimensions. This is for your own safety and ease, as murder is not acceptable in almost any society.

Stats
Archives
Breadcrumbs
If you lose your way, here is a trail of breadcrumbs showing where you've been here on the Book of Shadows... Book Of Shadows > Blog Page > Dark Magick > Multi-Verse Spells To Become A Vampire
We use cookies to ensure that we give you the best experience on our website. If you continue to use this site we will assume that you are happy with it.Ok