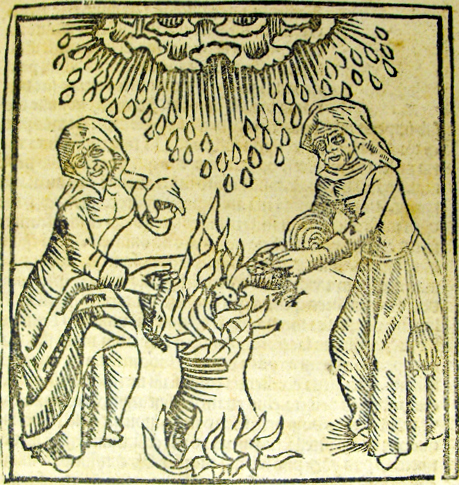 “An art or skill that, by means of a not supernatural force, produces certain strange and unusual phenomena whose rationale eludes common sense…”

. I did have to pull out my dictionary a couple of times – he does love those big words – but it made me think, gave me a wider perspective, and because of this, I think it deserves a read. So here it is:

Magic is protean. It has multiple names, numberless forms. It is thaumaturgy (the working of miracles) and goety (invocation of spirits). It is witchcraft and it is religion. It is superstition and legend, tested by its potency, its primary effects on the individual, sometimes on the community, and not rarely on large ethnic groups. It enters into private domestic life, and pervades the tribal community. On occasion, it dominates, in its malignant impact, an entire nation, upheaving governments, creating devastation and civic chaos.

It pierces the very basic roots of existence, and sometimes forms itself into a religious cult, capable of overthrowing an established religious system. Impalpable sometimes, at all times secretive and cryptically esoteric, its powers rest in the grip of small dedicated hieratic groups; or in the control of an arch adept; or even, as in ancient Italy, as in the antique Chinese dynasties, in the supreme ruler himself, who is both first citizen and thaumaturgic (miracle working) priest.

Two aspects of witchcraft manifest themselves: White Magic, and the Black Art. Certain demonographers, and magicians as well, have assigned to White Magic an ethical motive: to benefit both the living and the dead. Black Magic, on the other hand, is completely malefic in its operations and its intent. It performs maleficently against its victims, against enemies, and contrary to the normal, commonly accepted view of the orderly sequence of cosmic rhythms in harmony with beneficent mankind.

Fundamentally, magic is the imposition of the human will on the phenomena of nature: and that imposition extends, in the actual practice of Black magic, into a conflict between two forces, one beneficent, and other malefic: constantly at war, over the entire cosmos. That was the primary concept of the ancient cult of the Manichean’s, of the equally mystic cult of Zoroaster.

Witchcraft in its necromantic (communication with the dead), thaumaturgic (working of miracles), and apotropaic (warding off evil) diversity, has invariably been a significant phenomenon of all cultures, at whatever level of development.

It has never been a mere academic diversion. On the country, it has been an integral element, coloring and molding religious, political, and social situations and attitudes. And its impact, in these three directions, has been impressively pronounced in a very realistic sense.

In early ages there was no demarcation between religion and magic. Religion was largely magic, for all religion was directed toward communication with diving agencies and toward a degree of cooperation of these deities for the advantage of man. The pagan rites, the mystic ceremonials of the priestly castes – Egyptian and Assyrian, Hittite and Babylonian – the Eleusinian Mysteries, the Dionysian performances, the cult of Mithra, the festal glorifications involving dedications and sacrifices, paeans (songs) and supplications and invocations – were associated with thaumaturgic arcana (mysteries).

The flow of folk thoughts and tendencies was all directed toward a projection of the self beyond the material, normally observable limitations of the human frame and the human spirit. Ancient witchcraft and wizardry in all their multiple permutations and impacts, like their modern counterparts, constituted virtually an ultimate faith.

Magic was (and still is) a stubborn credo that would not be refused. It was belief without reservation. Whether belief in beneficent principles or in actively malefic potency’s, is another matter. But it was credence that equated man with these agencies, unseen, yet real, that governed the cosmos. It was, in short, man’s attempt toward divinity.

And through the long and perplexed centuries, although magic assumed crudities and accretions of bestiality and demoniac contacts, it was basically the spiritual means, though perverted, made manifest toward this consummation. Magic was the epiphany of man’s ultimate faculty.

Stats
Archives
Breadcrumbs
If you lose your way, here is a trail of breadcrumbs showing where you've been here on the Book of Shadows... Book Of Shadows > Blog Page > Basic Concepts > What is Magic?
We use cookies to ensure that we give you the best experience on our website. If you continue to use this site we will assume that you are happy with it.Ok