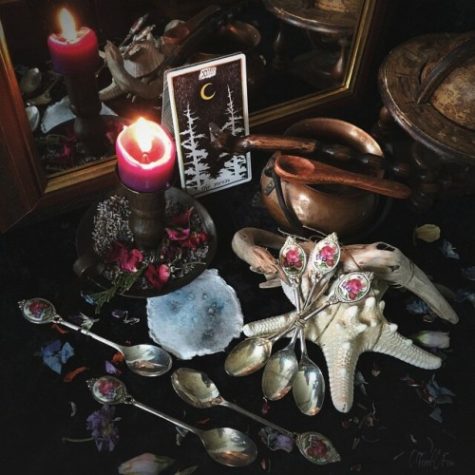 Here we have a list of thirteen steps for successful spell casting:

If you need a car, perhaps it would be best to do a spell that will help you to bring a car into your life, rather than asking for a few thousand dollars to come your way so that you can buy a car. Magic can work in many ways and you might be limiting yourself if you don’t stay open to all possibilities! But remember, magic works best if you really need something, rather than just desiring it.

Focus only upon one work of magic at a time. For best results, don’t scatter your power, channel it in one direction.

To be effective in your magic, you must be fully focused upon your intentions. Put time and energy into preparing yourself and your spell. Find a location where you can work your spell in private, without any distractions.

By choosing particular days, and by working in harmony with the phases of the moon, you can enhance the effectiveness of your spell. The days of the week and the phases of the moon all have specific energies associated with them, and by knowing the right time for your spell, you can give it greater power. Working magic is like swimming in the ocean, you are going to get to your destination quicker and easier if the currents and tides are moving in the direction you are wanting to go. You can still get there even if everything is going against you, but it will not be as easy to achieve your goal.

When doing the spell, have appropriate music, incense, colors, objects and tools around you to reinforce the message of the spell to your subconscious.

Chanting a few appropriate words that you have written yourself, will have a much better effect than reading text from an ancient spell book. Repeat your wording lots of times during your spell. Repetition is the key to sending a message to your subconscious.

When creating the wording for your spell, remember to include the phrase, “For the good of all!” This phrase will help your spells to enhance your life, without having your good fortune being at the expense of another.

Another useful phrase is, “This or something better now comes to me.” Often that which you want at this point in your life may be different to what you really need, and it’s only when you look with hindsight from a future point in time that you can realize this. So, by asking “for this or something better,” you leave yourself open to greater possibilities becoming available to you.

I have heard so many examples of spells going wrong when the “For the good of all!” wording is not taken into consideration. One friend did a spell to get $1,000 for a holiday, and two weeks later his house was burgled, and the insurance reimbursement check ended up being $1,000 exactly.

Another person I know did a spell so that she could have some time off work, and she promptly broke her leg, requiring three months off work! I have also heard (many times) about people who do a spell to lose weight, and they get diarrhea, or excessive vomiting, or both. They sure lost weight, but not in a healthy way. Be careful for what you wish for, because you may get it!

Apart from the examples just given, there are other consequences to be aware of. When something comes into your life, certain responsibilities come along with it. For example, when doing a spell to get a car, remember that along with the car comes registration costs, petrol and repair bills, perhaps monthly loan repayments, etc. Are you in a position to handle these?

A Law of Exchange is always at work when magic is used. Sometimes what you have wished for seems to come out of thin air, with little effort on your part, but often it will arrive from more mundane sources. For example, it may be that after doing a spell for a car, you win $20,000 in the lottery and you can buy it… Or it may simply be that you are offered the chance to do extra hours at your work, or a second job turns up so that you are then in a financial position to afford a loan for the dream car. Are you prepared to give this extra energy to the universe/gods in exchange for the items you wished for?

Another way in which money can become available to you after casting a prosperity spell, is through being asked if you want to sell something that is of value to you. Are you willing to part with that family heirloom if someone makes an offer out of the blue?

Spell books are great for getting ideas, but the spell will work better if you put it into words that are meaningful to you. In the book “The Key of Solomon the King” there is a spell for gaining inspiration, and at one point the spell-caster is supposed to say the Hebrew words, “Vegale hamicata umsa terata yeh dah ma baxasoxa un horah himesere…” But this sort of wording does nothing to focus awareness upon the aim of the spell.

It is much better to make something up yourself. For example, for an “inspiration” spell, you could scry into a water-filled cauldron and say the words, “Beneath the stars and moon so bright, from cauldron deep and candlelight, the answer that I seek tonight is now revealed into my sight.”

Make sure that the wording of your spell is phrased in a positive manner. For example, with a health spell don’t use wording such as “I don’t want to be sick anymore.” Your subconscious doesn’t recognize words like “don’t want”, it can only focus on words that it can put an image to, i.e. the word “sick”.

Spells are basically affirmations that include images or symbols, so while doing a healing spell, visualize yourself as healthy and turn this phrase around to something like, “I am healthy, I am strong – all the day and all night long!”

Expect miracles, but don’t go overboard! A love spell will help you to attract romance into your life, but a love spell to attract a Hollywood movie star as your lover is unrealistic. Even Merlin would have trouble with that one!

You can raise power to help send your wishes off into the universe by drumming, chanting, dancing, or even by running around your magical circle. Power raising is like pumping up an air rifle before aiming and releasing the energy, so after raising energy, drop to the ground and visualize your spell as fully manifest. See it in your mind clearly, and send this image into the universe knowing that it has already come true.

A magic spell will not work by simply repeating some words that you find in a spell book. The magic of a spell is contained within you – your needs, your desires, and the energy you are prepared to put into the working of the spell. If there is no personal power in your spell, it is only words.

Stats
Archives
Breadcrumbs
If you lose your way, here is a trail of breadcrumbs showing where you've been here on the Book of Shadows... Book Of Shadows > Blog Page > Basic Concepts > Successful Spell Casting
We use cookies to ensure that we give you the best experience on our website. If you continue to use this site we will assume that you are happy with it.Ok