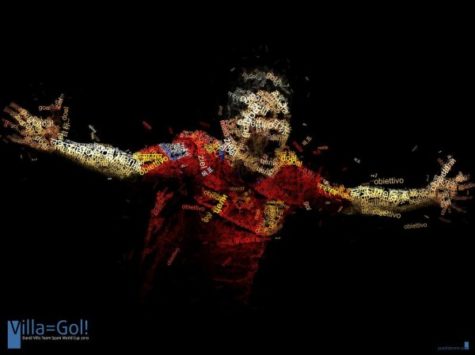 Just for the purposes of discussion, I want to distinguish between ‘ordinary’ speaking and ‘sacred’ speech. Sacred speech, in this context, refers to those occasions when we are using speech (probably combined with other modes of display) to bring about a magical change – such as in inducing group trance, communing with spirits, being a horse, raising energy, and so on.

At these times, the way in which we deliver speech is different from our usual habits of talking in that there may be an enhanced deliberateness in our enunciation, or greater care taken in projecting the subtle nuances of emotion – awe, ecstasy, gentleness or martial ardour.

Whether our words well up, unbidden, from the Deep Mind, or have been carefully linked together in prolonged brainstorming sessions, it is highly likely that we will try and find a certain distinct rhythm around which to frame our words.

The Deep Mind often speaks to us in verse. Cross-cultural studies of the vocal patterns of people in the throes of possession show a striking similarity, that of a rising and falling intonation at the end of each phrase, with each phrase punctuated by a pause or groan. This pattern emerges regardless of native language and cultural background.

The English version of this rhythm is known as Iambic Pentameter. You can hear it also in the frenzied oratorical deliveries of evangelical preachers and in the apparently meaningless gush of words and phrases from those who have been seized by the ‘Holy Spirit’. It wells forth from the Deep Mind as unconscious or deity-inspired poetry and communications.

People who are overshadowed by a deity during ritual often seem to stumble over their words, as though they are trying to fit their words around the rhythms of the trance. I would conjecture that the more complete the spirit-possession, the less laboured the sacred speech, as the persons self-awareness’ will be all the more completely submerged by that of the entity.

As the Deep Mind calls to us with a particular rhythm and meter, so do we attempt to call into the depths of our being by rhythmically pulsing our speech. Sound, like light, sets up rhythms in our brains, as experiments with electro-encephalographs (EEGs) have shown. These internal rhythms reflect the sounds which propel us into varying degrees of trance, whether it is the gentle, watery lapping of the Moon or the thundering frenzy of Pan.

If we are caught off-guard, and susceptible, their effect can be devastating. J.F. Hurley, in his book, “Sorcery”, describes a trance condition known in the Philippines as Lata, which is brought on by a startling sound, after which susceptible people will imitate actions that they see or words that they hear. Philippino head-hunters took advantage of this susceptibility by paralysing their victims by using sharp, piercing cries.

This sort of talent appears in many cultures and settings. Pat Crowther, writing in her book “Lid Off The Cauldron”, mentions ‘calls’ which, when used in open spaces, can draw the unwary to the caller. Forcefully projected, stattaco hissing noises, reinforced by jerking body movements, can also precipitate trance.

Peter Redgrove, in his short novel, “The God of Glass”, makes use of the syllable SATATATAT, which, when chanted, at the same time as whirling around, produces in its initiates a disassociation, which culminates in a bee-hum – the Om of ultimate being.

From The Magical Use of Voice

Stats
Archives
Breadcrumbs
If you lose your way, here is a trail of breadcrumbs showing where you've been here on the Book of Shadows... Book Of Shadows > Blog Page > Basic Concepts > Primal Poetry – Sacred Speech
We use cookies to ensure that we give you the best experience on our website. If you continue to use this site we will assume that you are happy with it.Ok