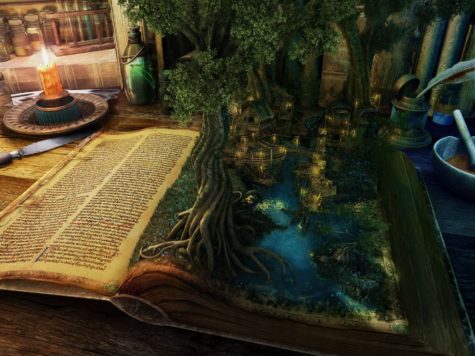 The ability to think seems to set us apart from other creatures. And although we are concerned with living in the physical world, we are mental beings. The fact is we are thinking all the time. We plan, we brood, we get depressed or elated — all of it is thought. But the universe is mental too, and if we could control our thinking we would see magnificent results in the everyday world.

Many systems have been developed over the ages to help us control our thoughts. A great amount of dogma too has been kicked around in an attempt to make us into better people. Magick (the occult kind, spelled with a ‘k’) is one of the oldest and most general of these systems. Magick is the study and application of psychic forces. It uses mental training, concentration, and a system of symbols to program the mind. The purpose of magick is to alter the self and the environment according to the will.

Most of the magick we see today comes to us from ancient Egypt and Chaldea. The Chinese, Hindus, and Tibetans developed their own unique types of magick. Western magick was locked up by the Egyptian priests for thousands of years and then suppressed by the rise of Christianity. It was not until medieval Europe that magical knowledge was rediscovered by the alchemists and Cabalists. Only during the past hundred years or so has western culture been open minded enough to permit widespread investigation of the subject. Only since the start of the twentieth century has science shown much interest in it at all.

Related Posts
All You Need Is Love
Why Chanting Works
What is Magic?
Balance in Magick- Left and Right
How To Be A Good Witch
Popular Spells
Ask Our Resident Witch

Stats
Archives
Breadcrumbs
If you lose your way, here is a trail of breadcrumbs showing where you've been here on the Book of Shadows... Book Of Shadows > Blog Page > Basic Concepts > About Magick
We use cookies to ensure that we give you the best experience on our website. If you continue to use this site we will assume that you are happy with it.Ok