Things To Keep In Mind 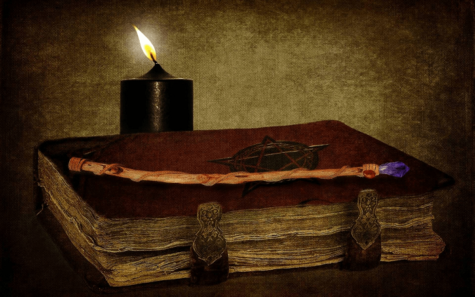 If you don’t need it, don’t ask for it. The magical power of a spell is driven by a true need; if you’re asking for a second yacht, you probably won’t get any results that you would like.

The most likely reason for a spell to fail is if you’re asking for something too specific – you want to give yourself and the universe as much room to maneuver as you can. Don’t focus on details, focus on the feeling you want to have when things work out right. Close your eyes and try to find that feeling “out there;” if you find it, either move toward it or reach out and bring it toward you.

The second most likely reason for a spell to fail is if the time is just wrong. Remember that spells work within the bounds of nature, and sometimes the wind and the tides are working against you. When that happens, the best thing you can do is to put a finger to the wind and figure out where you can go, working with the natural flow of things; or just wait it out until the tides shift in your direction.

If you’re asking for something, it’s a good idea to offer something in return, at least as a token gesture – a flower, or a bit of food, or a coin, for instance (no live animals, please).

Most people have some natural magical ability, whether they know it or not, and an instinct for taking care of themselves. If you try to cast a spell that is inherently detrimental to another person, you will meet resistance from that person’s magical energy. The magickal universe is a crowded place, and things will work out best for you if you manage to navigate a path that avoids direct conflict with your fellow beings.

Another important point about spells is that it’s very important to follow up with mundane action. If you cast a spell for money, don’t expect a check to just show up in your mailbox the next day; get out and look for a job, or at least buy a lottery ticket (magick doesn’t work terribly well with those, by the way, because everybody who buys a lottery ticket throws a bit of magick into it, whether they know what they’re doing or not). The idea is to make a point of putting yourself into situations where the magick has a chance of working.

Stats
Archives
Breadcrumbs
If you lose your way, here is a trail of breadcrumbs showing where you've been here on the Book of Shadows... Book Of Shadows > Blog Page > Basic Concepts > Things To Keep In Mind
We use cookies to ensure that we give you the best experience on our website. If you continue to use this site we will assume that you are happy with it.Ok