Among the most famous miracle-working rabbis was Judah the Pious (1150-1217), author of the influential Book of Angels. Although many other rabbis are credited with miracle cures, usually their methods aren’t revealed – just vague tales of prayer and ritual. A legend, however, explicitly explains how Judah the Pious effected a cure and why it worked. Adapt to your own situation. 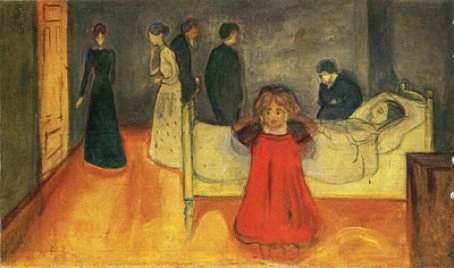 In the story, a woman who had previously borne children, now older (old enough to perform the ritual for their mother), wished to have another child but found herself unable to do so. She petitioned Judah the Pious for help.

His prescription? He had her children dig a grave for her and place her within it and pretend to mourn for her. Unknown to the woman, children, and other participants in the ritual, Judah had hired armed men to make a sudden show of attack. The children were so terrified that, forgetting their mother and the ritual, they immediately scattered and ran off, at least temporarily.

For that moment it was as if the woman didn’t exist, which caused the spirits, blocking her fertility, to mimic the children and scatter also, searching for other hosts.

The woman arose from her grave, fresh and reborn, and according to the legend, very quickly conceived.

Stats
Archives
Breadcrumbs
If you lose your way, here is a trail of breadcrumbs showing where you've been here on the Book of Shadows... Book Of Shadows > Blog Page > Fertility Spells > A Dramatic Infertility Solution
We use cookies to ensure that we give you the best experience on our website. If you continue to use this site we will assume that you are happy with it.Ok