Your Absence Is Killing Me Spell 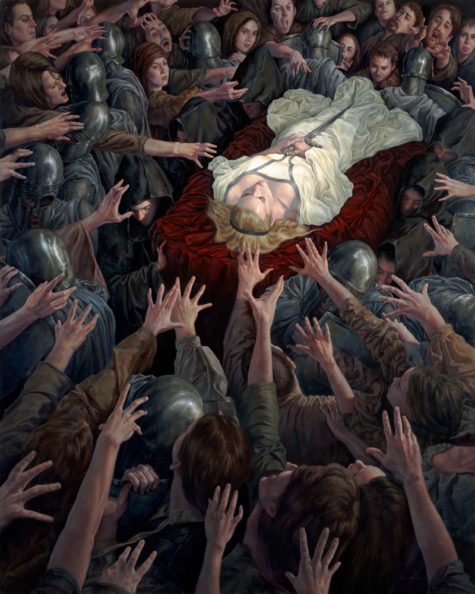 This elaborate ritual, intended to force an errant husband’s return, pretty much tells the universe that you’re as good as dead if he doesn’t come home.

The deserted spouse lies on the floor, stretched out like a corpse, with funerary candles at her head and feet. Stay in that position until the candles have burned out.

This spell is from Latin America and has a Roman Catholic orientation. It is suggested that the Christian Creed be repeated while waiting for the candles to burn down. Supplement with petitions. Substitute other prayers, petitions, and visualizations as appropriate.

Pay attention to your words as the candles burn out. Whatever you’re saying when they are actually extinguished must be repeated three times, while pounding on the floor with both fists.

Immediately call the spouse’s name and demand that spiritual authorities force his return:

Soul of Tulimeca, you who are in Rome
I need you to send me (name) child of (name),
repentant of all the grief he has caused me.
Humbled and full of love for me.

This ordeal must be repeated for three consecutive nights.

Stats
Archives
Breadcrumbs
If you lose your way, here is a trail of breadcrumbs showing where you've been here on the Book of Shadows... Book Of Shadows > Blog Page > Love Spells > Your Absence Is Killing Me Spell
We use cookies to ensure that we give you the best experience on our website. If you continue to use this site we will assume that you are happy with it.Ok