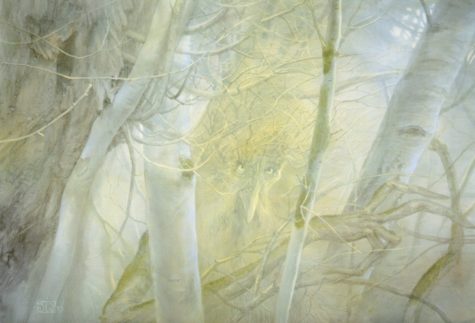 Ok… so I just posted a bunch of stuff about Ents. As a matter of fact, you now have access, on this site, to just about everything you might ever want to know about Treebeard and the Entmoot. I have quotes, a list, and fresh from wikipedia – a history. Why?

Well, I’m getting to that. Don’t be hasty, little human.

I watched the Lord of the Rings, as I always do this time of the year. And while I’ve already blogged about how once again, I’m going for the gold and will be trying to “be” Aragorn, what I haven’t talked endlessly about, at least not yet, but I will… soon enough, is who I have actually succeeded at “being” for the past year. And yes, you’ve probably guessed it already. I’m pretty sure that I’ve spent most of last year being about as Entish as a person can get.

And yes, there were those interludes of insanity where I was absolutely “The Wrestler,” it seems that I did manage mostly to pull myself up by my bootstrings, and I’ve been hiding out in Fanghorn Forest ever since.

Being an Ent isn’t all that bad, they are at least stable, private, and basically good. The problem is that an Ent is not what I aspire to be, and in my heart, I am only a little bit Entish. On the other hand, maybe it would be a good idea to aspire to be the best possible Ent in the coming year… what if the following description (from the book, The Two Towers) was true for me as well as Treebeard?

Yes, I would like that. Sounds wonderful, doesn’t it. Magical even. Altogether self absorbed – something I have a real talent for! And yet, it doesn’t fill me with the enthusiasm or the deep yearning I feel when I think about if I could only be Aragorn….

So… there you have it! Clearly, no one has been chomping at the bit to find out who I think I was in the “real” world of 2009. But it feels good to have it posted at last. I’m not sure why, but I get a sense of having “finished” it once it’s posted.

Posted in Lord Of The Rings, Who I Want To Be | Tagged Aragorn, Ents Elves and Hobbits, me me me

Related Posts
My Flickr Profile
It’s My Life
What DO I want?
My Favorite Treebeard Quotes
3 am New Years Day
More Posts
Ask The Plumber Dude