Here’s What I Know…

And so, even though this whole quarantine thing has given me a bunch of days off, I have done absolutely nothing worth barely even talking about. Sigh. This little gif pretty much sums me up… at least until today. Today is a new day and I am feeling inspired to get at least a few things uploaded to the website. To see what’s new, check out Site News.

I have learned a few interesting things about myself. Here they are:

Posted in About Me, Current Events, Lists I Like | Tagged bla bla bla, coronavirus craziness, stuff I do | 1 Comment

Talking about Lord of the Rings

I’m still talking about the Lord of the Rings. Earlier, I mentioned something about how Gandalph changed my life, and how I made a decision to begin to live my life as if it was an Epic Fantasy Adventure.

So, having mulled it over for several weeks, I came to the conclusion that I couldn’t just pick someone out of the move and “be” that person, because I wasn’t actually them. I didn’t have their skills, or their resources, or their support systems, or their history. Obviously, I’d have to be me. And I’d have to figure out how to be me in a more interesting, magical, adventurous, larger than (real) life kind of way.

The first thing I did was to quit my job. It was clear to me that I was working for was not one of the “good guys.” The next thing I did was get a part time job working for a company that at the very least had the appearance of being a “good guy.” And, indeed, my coworkers are for the most part, good people – and open minded. It’s one of the only work places I know where I can talk about angels, aliens, faeries, tarot, extraterrestrials, astrology, shamanism, reiki, drumming circles, underground kivas, ascended masters, yogis, buddhism, meditation, mantras, crystals, magic and etc etc… and while, I am the resident heretic, and I do frighten some of my coworkers, most of the time it’s OK, and very few people leave the room when I open my mouth. Maybe they even find my “wierdness” charming?

Having carved out a “comfort zone” for myself, I have set about working on creating a life that, for me, has magic and adventure. Which is one of those easier said than done sort of things, especially since life in America right now here where I am seemingly bears no resemblance to the landscapes, vistas, people, and events in larger than life fantasy movies.

And now, two years later, I’m still lost in a maze of what the heck does that look like? And how the heck can I do THAT? Am I too old? Is it too late? Am I up to the task? Is it even possible? Etc. Etc. I think it would be so much easier if I lived HERE: 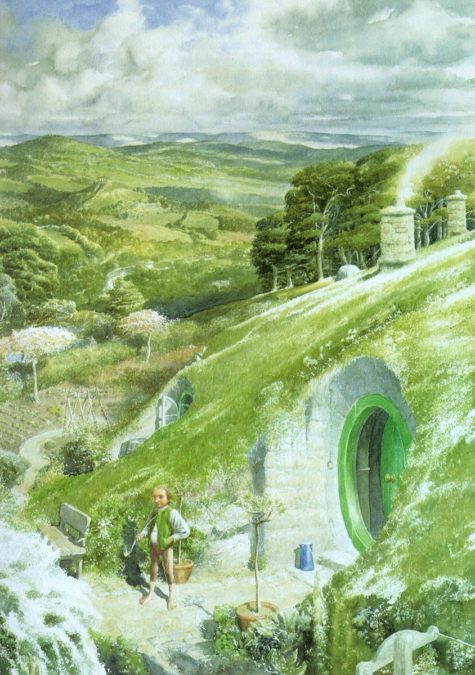 By the way: This post was migrated from my blogger blog (shirleytwofeathers.blogspot.com) and was first published almost exactly 9 years ago, on 1/30/08.

Posted in About Me, Lord Of The Rings, Who I Want To Be | Tagged me me me, stuff I do | Leave a comment 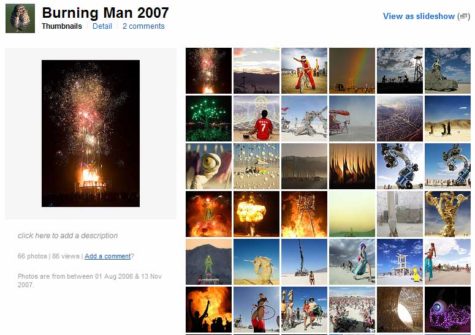 I’ve pretty much abandoned my Flickr account, but I was looking through my old blogspot blog and found this. It’s what I wrote for my Flickr profile, I like it, and it’s still pretty much true.

I am an artist, a blogger, a reader, a writer, a Reiki Master, a gypsy, a shaman, a psychic, a woman, a mother, a grandmother, a daughter, a sister, and a friend.

Posted in About Me | Tagged me me me | Leave a comment

It’s Been A Long Time

Wow! It’s been a long time since I blogged about anything, and even longer since I blogged something that wasn’t self serving, or found somewhere else, but was – instead – deeply personal and intimate. I’ve been too busy wallowing in the mire of self pity, self doubt, regret, angst and guilt. I totally hate getting older and older and still not feeling like I have actually lived up to even my mildest aspirations. 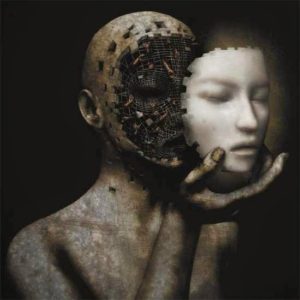 What I have been doing is hiding out, becoming more and more reclusive, avoiding the internet entirely, reducing my circle of friends to the few who dare to push their way in (meaning nobody), hanging tight with my family, doing the barest of minimums every day, and burying myself in the Sims 2. Creating elaborate neighborhoods and scenarios, and pretty much losing myself in the fantasy of a game where I can always get what I want, where lifetime happiness can always be achieved, and friends and family can be found and created with only a little bit of effort.

I was starting to feel as if I was dying a slow death of lethargy and immobility. Actually, it was more like I had already died inside and was just waiting for my circumstances and my body to catch up with me. The walking dead… that was/is me. Shambling through the shambles of a life I have allowed to fall down around me.

Sometimes, the numbness would give way to a sort of nameless anxiety, that “Oh God!” feeling of having forgotten something really really important. And sometimes I would have glimpses of … I would almost feel something … like grief, a desperate sorrow, a heart clenching longing for … I don’t know what. Home maybe? That comes closest to describing it… something sure to hold on to, fall into, belong to, be enfolded in… And that, of course, was very uncomfortable and immediately sedated with food, television, the Sims, whatever was immediately available.

So what happened? And why am I here, blogging it?

Well, it was interesting (at least to me), because everything I know about life I’ve learned from playing The Sims, and in the game it was becoming more and more apparent that in order to get along in life, in order to achieve lifetime happiness, it is extremely helpful to have people. And I started trying to figure out how to have people in my real life without actually having to go anywhere or do anything. Which is partly what social media is all about. You can have a bunch of “friends” and never have to interact with them at all. I know this is true because I have 520 facebook friends, and not including my family, I actually know less than 20 of them, and maybe only 1 or 2 of them have my actual phone number.

At the same time, I realized that much of my lethargy and angst is fueled by regret. All the things that I did that I wish I hadn’t done, all the things I didn’t do that I wish I had done, so much that I could’a – should’a – would’a … if only… and I really didn’t know what to do with all that. So because everything else I know about life I’ve learned from books, movies, and television, I thought I’d take a page from the Debra Morgan  book of coping with the un-cope-able, and do some time on the treadmill. Remember Deb from Dexter running and running on the treadmill, working it out that way? Well, running is beyond my capabilities at this point, but I figured I could at least do some walking. And I have to tell you… it turned into yet another form of self torture. I tried just walking slow, I tried walking fast, I tried walking and watching television, I tried rewarding myself for walking, I tried listening to music and walking – which worked best, by the way – and ultimately the music was what saved me. But not yet…

It occurred to me that maybe what I needed was religion, a spiritual experience that could be revisited, something that would give me absolution, and comfort, and a reason to get up every morning and carry on…. Something larger than my baggage, my bullshit, my perennial self doubt… So I talked to my angels, and I talked to my guides… all the while convinced that they were disappointed and disgusted by my failure to make something special and interesting with my life, and had left me long ago in search of someone better, someone more authentic and real.

I looked up churches in the yellow pages, I contemplated becoming a Catholic. “Forgive me father for I have sinned” sounded very appealing to me. Plus, there would be – you know – actual people there. But in the end, you have to believe in that stuff for it to work, and while I am a believer in some things, I am not a believer in the conventional sense, and mainstream religions with their rules and dogma do not appeal to me, I have never been a rule follower, or a believer in dogma. I am an asker of questions, a skeptic, a rebel, and a rule breaker… there’s no church that I could find where I thought there was even the remotest chance of fitting in or finding what I was looking for.

Then, suddenly, surprisingly, my angels and guides came through for me and gave me… a church to go to, someone to listen to, something to cling to, and no – not comfort, not absolution, but something real that (right now anyway) resonates so deeply it has brought me out of my lethargy, and back to the world of maybe not the living, but certainly the not quite dead.

So what was it? This is the strangest life I’ve known… because when I asked for Church, when I asked for spiritual guidance, when I asked for something that would give me back my connection to life, I got The Doors and Jim Morrison. And I’m like… really? And yet from the moment I played that CD I have felt more alive, more understood, more real, more OK with the mess I have made with my life, than I have in years. So, of course (since I never do anything half way)  I got the movie, and every DVD I could get my hands on… all the CD’s… the books…

And here I am online again, looking to connect with the larger world. Morrison’s voice resonating in my head, unable to just sit and mindlessly play the Sims, thinking that maybe, just maybe it might be possible to break on through to the other side.