Loved this so much… and the comments !!! So fun. I’ve also included them. Now I have to find more music by this band.

Here are the lyrics:

I’m barely operating
Yet a functional being
I always seemed to be vacant
parading myself as an abductee
Then one day I was transposed
from a simple young man
to a godly tomato that held all existence
and told me that we should expand
and now the world always seems to revolve
around me
I’ll wake up and I will always be fine
now I know
Everything will always will be easy
and the way I like
I’m grateful that I held that tomato
So he could change my life
Cause i’m different
At least I thought so.
What a triumphant occasion
to change your design
that one has left my head on a pillow on my cloud nine
I wonder how many more fruits
can connect to my head
I would take a papaya
travel the world and the universe as two best friends
and the world will always revolve
Now we’re different
Time, I’m coming back with.

Posted in Tunes I Groove To | Tagged love this, music I love | 1 Comment

I found this today on YouTube… actually, stumbled into it by accident. I am not entirely sure why YouTube thought I might like this, because it’s not the kind of music I would ordinarily search for. But there is something about it that really appeals to me tonight. My little bird really loves it!  Anyway. Here it is, enjoy!

Valley of the Sun – Old Gods

So, I somehow ended up on YouTube and stumbled onto this. Probably because I had done a couple of searches for Sun Gods and Solar Deities on Google. Anyway, I’m really enjoying it, so I thought I’d share it here. And next time I’m on Amazon, I’ll be looking for the CD.

Since their 2010 inception, Ohio trio Valley Of The Sun has been lauded in the same breath as Grunge legends Alice In Chains and Soundgarden, while not yet achieving that level of iconic status.

New album Old Gods (Fuzzorama Records) sees the band maturing, with a gentle psychedelia gracing those heady grooves. Three years on from the brilliant “Volume Rock” record, VOTS are back, striding back into the limelight from the shadows of Cincinnati, with an album that is ostensibly a 45 minute study in the power of the riff.

But once you’ve listened to it a few times, it reveals itself to be so much more. The introductory chords of the opening title track have a Desert-flavoured twang but when Aaron Boyer‘s drums thunder in from the horizon it’s with a monumental power. The riff buzzes around Ryan Ferrier‘s Cornell-esque holler like a jar of angry flies but a Stoner weight keeps the pace slow and steady.

That tempo increases with the ensuing ‘All We Are’, full of the relaxed vocal delivery of The Dandy Warhols but with a ripping, latent urgency seen in early Queens Of The Stone Age material, its lead riff humming in the sky. In another subtle change of style, ‘Gaia Creates’ is an acoustically-driven gambol through summer fields, an Eastern-tinged riff oscillating gently over the bedrock.

This is the whimsical precursor to the Rock ‘n’ Roll fury of ‘Dim Vision’, all the growling power of Corrosion Of Conformity harnessed and fed through a pulverising, irresistible groove. This is followed by the brief tribal percussion of ‘Shiva Destroys’, the rhythm getting louder and heightening the tension suitably for the next Bluesy ripper, ‘Firewalker”: a pulsing ball of energy with galloping riffs and solos piercing the heavens.

The mix of the quick-hitters and slow-burners is an enlivening quality here. The echoing glides of ‘Into The Abyss’ see layered, Low-end chords bewitch the listener while a strange, warbling scratch completes the hypnosis. Its second movement is all burning, profound riffs and Ferrier’s easy harmonies, and perfectly embodies the slow descent to the bottom of the ocean, the growing mass replicating the weight of the water.

The snappier ‘Faith Is For Suckers’ follows, still ploughing a lazy furrow but adopting a Jazzy, Cantrell-infused rhythm to move the pace along. This triumvirate ends with the warm, cosmic jangle of ‘Buddha Transcends’, the final beautiful interlude of the album. The penultimate ‘Means The same’ is a brooding yet pulsating rocker, those lead and rhythm riffs combining again to sparkling effect: while closer ‘Dreams Of Sands’ returns to that slow, melodic trammel, the medium pace, and easy croon kicked into life by a crushing yet versatile riff and monolithic drums.

It would be so easy for Old Gods to drop into tedium but it is this versatility, coupled with scarcely-reined energy, that sees Valley Of The Sun stand out from so many contemporaries, and they’ve provided another seriously enjoyable listen here. 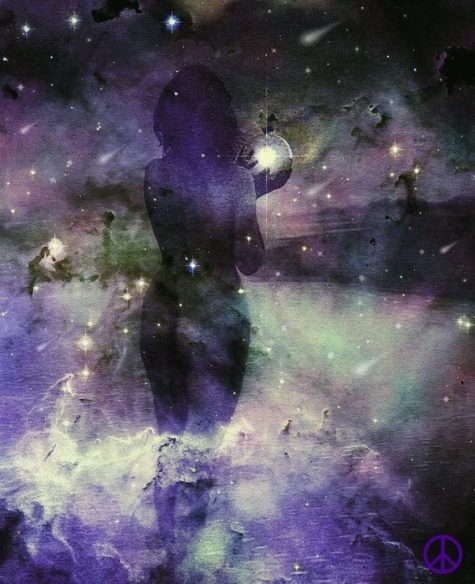 So, I stumbled onto this great quote yesterday, and I’ve been thinking about it ever since. It’s something I used to know, but had forgotten, and remembering it.. well… it just feels right. Here it is:

In as much as God already IS and is closer than breathing, you cannot really achieve God: you can only achieve the realization of God’s presence, which is already always with you. When you stop trying to get health and understand that there is but one thing to get and that is a realization of God, you become quiet… Something marvelous happens inwardly and outwardly when you stop desiring something external to yourself.

Posted in Quotes I Love, Spiritually Speaking | Tagged food for thought, metaphysics, words to remember | Leave a comment
1 2 Next »