What is a Ninja?

Ooops, were you looking for a ninja?
If so, HE’S BEHIND YOU, YOU IDIO- ahh, damn.
Too late again. 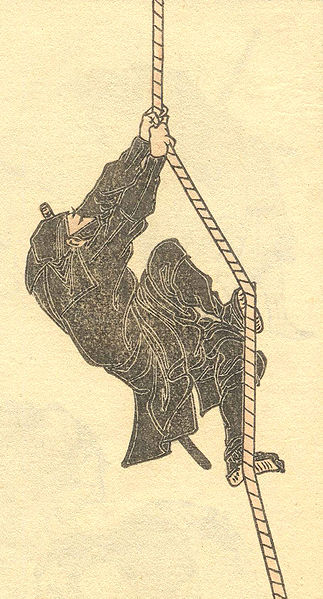 Ninja (zool. cut-throatius ninjutsu-useis head-rippus-offis assassinus Japanensis) (pl. ninji) is the common Japanese term for a group of intentionally badass martial artists with a complete dominion over all things totally sweet who specialize in killing people, flying, and burger/pizza/magazine delivery, which they do 24/7, and have also been known to mysteriously show up several hours before the burger/pizza/magazine was even ordered, with your condiments. The physical possibility of this is proven by the Uncertainty Principle.

Although ninji are most commonly thought of as being Japanese, it is a little known but true fact that over half of all ninji are from the southwest Detroit area. We know most about ninji from the autobiography of Sebastian Taylor, which appeared on the shelves of every library in the Australian city of Adelaide spontaneously in 1972, then proceeding to perform martial arts performances. The books soon joined the Cirque Du Soleil, but left the troop after several mysterious and spontaneous deaths in the audience. The books were never officially charged.

Ninji are also known for their leet skills, their knowledge of quilting history, their total disrespect for authority, their ability to fly, their ability to totally FLIP OUT and cut off people’s heads, and the ability to retract their testicles for defensive purposes, even when they aren’t cold, all displayed and explained in their book “1337 ways to annihilate pirates”. However, ninji are not animals (although they may transform into one if they’re feeling particularly badass), in that they do provide receipts for assassinations. Of course, due to their temporal skills sometimes they may give the receipt before the assassination; so if you ever find a small black piece of paper in your pocket, then duck!

Real ninji can not be seen. Only pirates, while drunk on rum, can see them. If you can see your killer then obviously he is a masked Assassin, not a ninja. Either that, or you’re a rum-intoxicated pirate.

Found at: The Uncyclopedia Ninja Wiki

Posted in Ninjas | Tagged love this