This morning I found three little snail shells. And then later I was working on Feathers and Bones, and followed a link in a post about “leaving a trail” which brought me back to snails again… so I must be working on some Snail Medicine. Here’s that post from all those years ago: 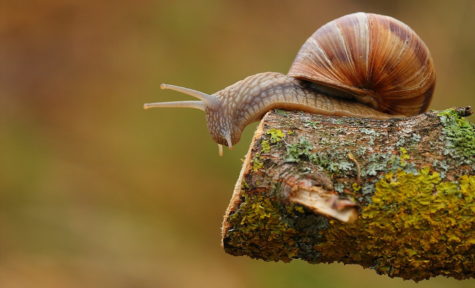 Three days in a row snails have unexpectedly shown up for me. So, I thought it might be beneficial and interesting to find out what that might mean if it was indeed an “omen” or a “message” of some sort.

Here’s the scoop on snails:

Snails are found in gardens, ponds and even the sea. Their soft bodies are protected by hard shells which they use as a defense. When disturbed or alarmed the snail withdraws or pulls itself back into its shell. It also retreats into itself and seals the entrance in dry weather to protect its body from drying up. Those with this medicine know how to retreat when danger is present as well as seal themselves off from others. This can be beneficial as long as the individual does not become too much of a recluse and inhibit their communication and interaction with others. Knowing when to retreat and when to act is an important teaching for those with this totem.

The snail creates a slime trail to travel on so it is easier to move over different surfaces and textures. They remind us to take the easiest path to reach our destination. When snail appears in your life ask yourself if you are taking a harder path than is necessary. Because snail retreats into its shell during adverse weather conditions those with this medicine have the ability to build walls around themselves and withdraw until a situation improves. Snail medicine people have clear perceptions and need to learn to honor those abilities in all situations.

Both male and female the snail can produce sperm and eggs at the same time. Because of this duality those with this totem have a tendency towards identity conflicts in their younger years. This conflict triggers issues of self esteem and confusion. Fortunately as the person gets older their male and female characteristics align and begin to work together in a complimentary way.

Most active at night or on cloudy days the snail uses all of its senses equally and simultaneously. Those with this totem often find they seldom have one intuitive gift more pronounced than another as all psychic abilities are utilized in any given situation.

The snail understands the value of slow movement and teaches us how to use that movement to our advantage. It holds the teachings of patience, perseverance and respect. It asks us to be mobile and fluidic as we move through life, always aware of how our actions or lack of them affect others. The trail we leave behind holds the history of who and what we are. When snail enters your life your reputation is under review. Past situations come to the surface to be healed or balanced in some way. Snail asks us to “make right whatever we have wronged.” In this way spiritual growth is attained. 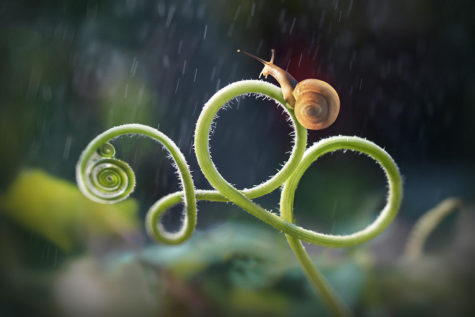 This is so interesting!

So, I’m a Snail Person! Who knew? I wonder if it means I should be avoiding salt and beer like the plague…