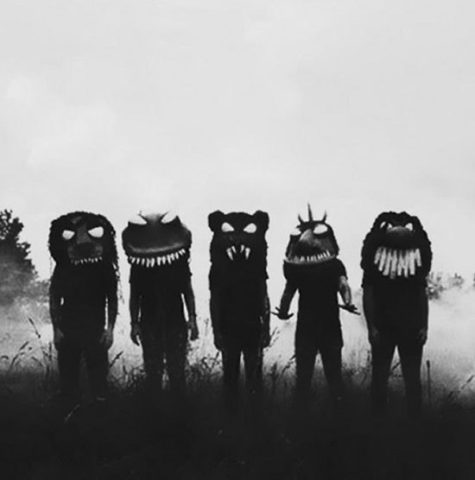 So, years ago when I was running around doing a lot of dog training, managing a boarding kennel, working full time, and doing all kinds of cool stuff, I spent much of my time feeling hounded by Worry, Guilt, and Fear. It’s like they were stalking me… calling, texting, showing up at my house at odd hours of the night… I’d run into them at the grocery store, they’d show up at family dinners, and I just could not seem to get rid of them.

And then one day, I realized that they were actually helping me quite a lot. Worrying about my car would ensure that I got regular oil changes and maintenance, guilt over possibly not doing what I “should” be doing pushed me to take care of stuff that might otherwise have gone undone, and fear compelled me to pay attention to my worries and my responsibilities. The end result was that I was a highly productive person. A lot got done! And it got done right.

So I made friends with them. I invited them into my home, took them with me wherever I went. Sometimes, I’d even talk to them when I was driving. I’d say, “Hey guys, what’s up? You seem kind of quiet today.” Or, if it they had a lot to say, I might have to tell them to simmer down a bit and talk one at a time. And that’s how it was for quite a while. It brought me peace, and made my life way better.

But somewhere along the way, and I’m not quite sure when, I realized that something in me seemed to be broken. If I didn’t want to do something… nothing short of a dire emergency could compel me to do it. I wasn’t worried about the consequences, nor was I very often afraid. As a matter of fact, even when I knew I “should” feel worried, or guilty, or afraid… I just didn’t.

My old friends had just somehow faded away, like old friends sometimes do. They didn’t call or text, never showed up at family dinners, I didn’t see them at the store or at work. It seemed that they had lost interest in me, and after a while I forgot about them.

Years passed. Stuff happened: bad stuff, happy stuff, annoying stuff, horrible stuff, fun stuff, interesting stuff, tragic stuff… You know, life. And then yesterday, I had this sudden realization. Looks like I have some new friends and I’m not sure how much they are actually helping me. But definitely I have some new buddies hanging around.

Who are they? Well, there’s Rage, Regret, Disappointment, and Despair.

Thanks to Rage, I’m constantly fantasizing about stabbing people in the throat with a pencil or setting their hair on fire. Regret sits on my shoulder and pokes at me constantly… I can’t seem to get him to quit. Disappointment looms over me like a black shadow, and Despair is a black hole which I find myself constantly trying to scramble out of. If it wasn’t for Rage, I’m not sure I would even be functional at all.

So, now I’m not sure quite what to do. I definitely don’t have the energy or the enthusiasm necessary to try to send them packing. And I’m wondering, do I invite them in, fix them a sandwich, and make them comfortable?  Obviously Rage is serving a purpose in my life, so he probably deserves a seat at the table. Not sure about the other three though. They are going to require some thought. I probably should have a talk with them, see what they have to say for themselves.

Posted in My Sanity Issues | Tagged bla bla bla, me me me, stuff I do

Related Posts
13 Goals of a Modern Witch
Apocalypse Now! Actually!
Being Entish
Having Plans…
The Devil vs The Tubist
More Posts
Ask The Plumber Dude