The Ferengi Rules Of Acquisition 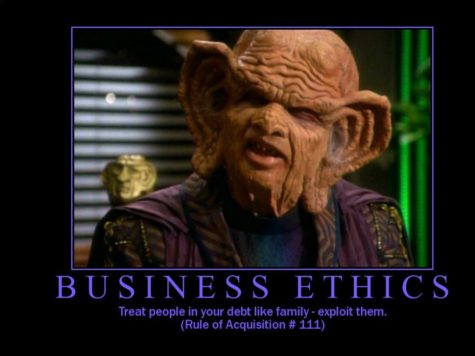 The Ferengi believe that the universe is held together by the Great Material Continuum, also known as the Great River. They believe that each part of the universe has too much of one thing, but not enough of another, and it is through the continual flow of the Great River that wants and needs can be fulfilled, if one navigates the River with sufficient entrepreneurial skill. Like most of their culture, their religion is also based on the principles of capitalism: they offer prayers and monetary offerings to a “Blessed Exchequer” in hopes of entering the “Divine Treasury” upon death, and fear an afterlife spent in the “Vault of Eternal Destitution”. 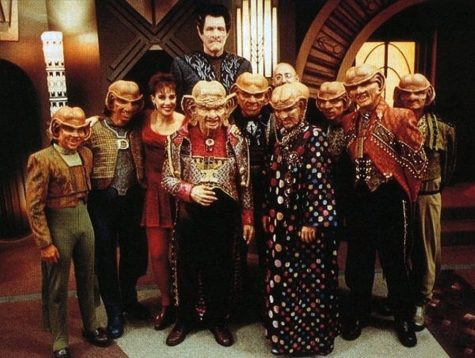 And so here we have: The Complete Ferengi Rules Of Acquisition

Posted in Lists I Like, Something Fun | Tagged love this, Star Trek stuff

Related Posts
Cool Art Piece
My Tony Jaa Obsession
Do You Want To Learn Science?
What is a Ninja?
I Can’t See Your Face In My Mind
More Posts
Ask The Plumber Dude