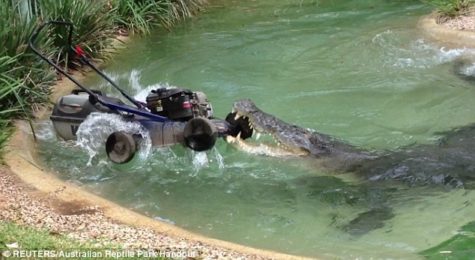 I thought this pic was a fake until I saw the rest of the story. And I thought I had lawnmower problems… 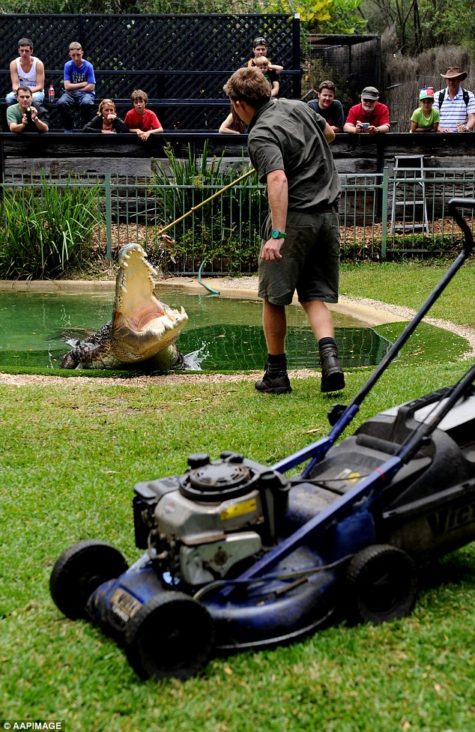 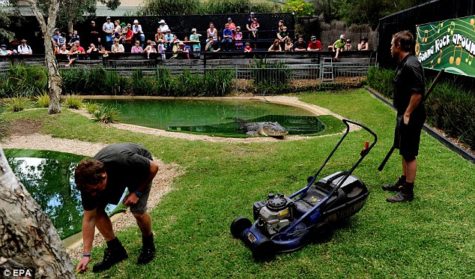 A giant saltwater crocodile named Elvis with an apparent affinity for household machinery charged at an Australian reptile park worker Wednesday before stealing his lawn mower.

Tim Faulkner, operations manager at the Australian Reptile Park, north of Sydney, was one of three workers tending to the lawn in Elvis’ enclosure when he heard reptile keeper Billy Collett yelp. Faulkner looked up to see the 16-foot (5-meter), 1,100-pound (500-kilogram) crocodile lunging out of its lagoon at Collett, who warded the creature off with his mower. 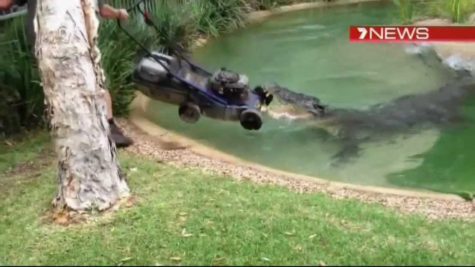 “Before we knew it, the croc had the mower above his head,” Faulkner said. “He got his jaws around the top of the mower and picked it up and took it underwater with him.” 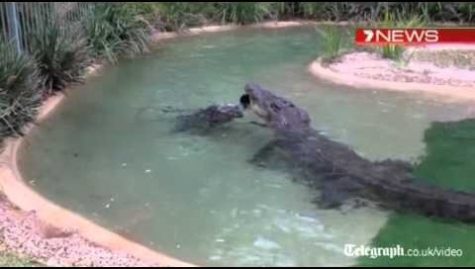 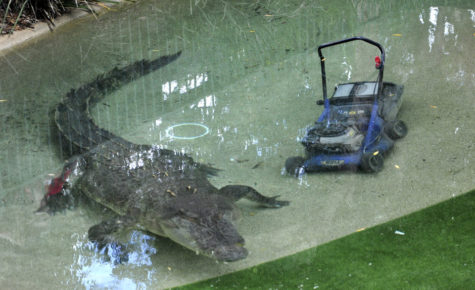 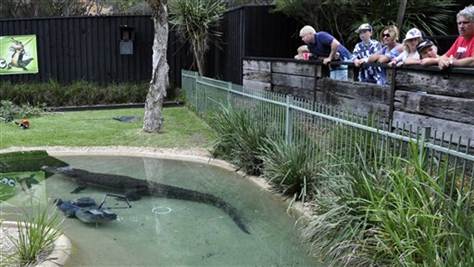 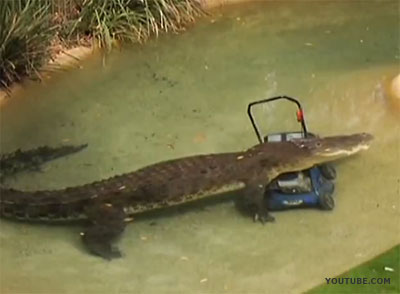 The workers quickly left the enclosure. Elvis, meanwhile, showed no signs of relinquishing his new toy and guarded it closely all morning. Eventually, Faulkner realized he had no other choice but to go back for the mower. 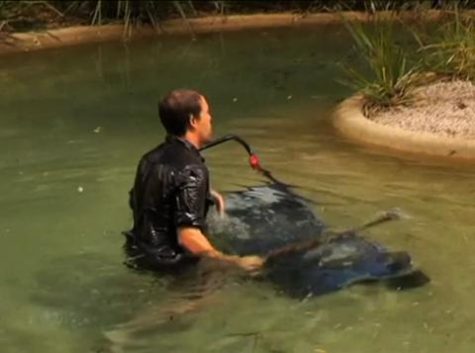 Collett lured Elvis to the opposite end of the lagoon with a heaping helping of kangaroo meat while Faulkner plunged, fully clothed, into the water. Before grabbing the mower, however, he had to search the bottom of the lagoon for two 3-inch (7-centimeter) teeth Elvis lost during the encounter. He quickly found them and escaped from the pool, unharmed and with mower in tow. 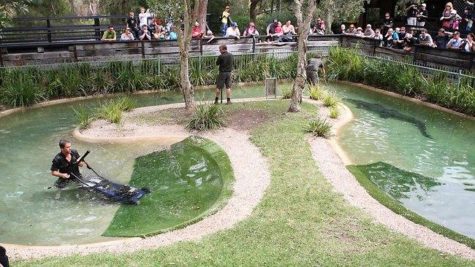 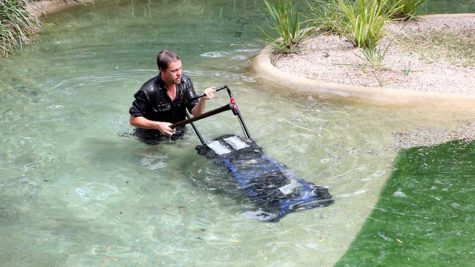 Though many may question the wisdom of going after a couple of teeth with a massive crocodile lurking just feet away, Faulkner said finding them was critical. “They clog up the filter systems,” he said. 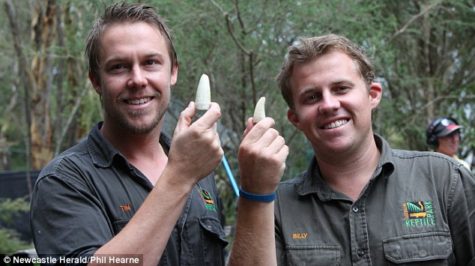