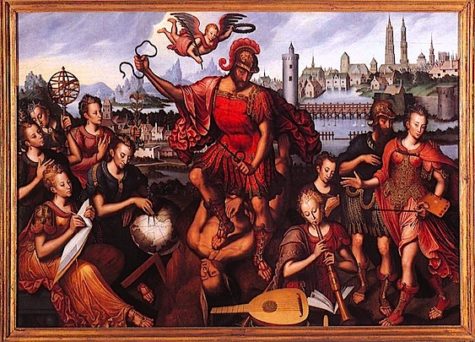 This festival marks the start of Spring in the old Roman calendar. Each year the Feriae Marti was held, beginning on the Kalends of March and continuing until the 24th. Dancing priests, called the Salii, performed elaborate rituals over and over again, and a sacred fast took place for the last nine days. The dance of the Salii was complex, and involved a lot of jumping, spinning and chanting. On March 25, the celebration of Mars ended and the fast was broken at the celebration of the Hilaria, in which all the priests partook in an elaborate feast.

March is the third month of the year in the Gregorian calendar system, but was actually the first month on the Roman calendar. Originally named Martius, this month in Ancient Rome was characterized by religious festivals and preparations for war. Mars, the Roman god of war was responsible for protecting Rome and securing victory in military campaigns. He is not to be confused with Ares, the impulsive Greek god of war; Mars was depicted as a more “level-headed” and “virtuous” deity than his Grecian counterpart.

General frivolity was characterized by large processions, animal sacrifices, athletic competitions, and musical performances. Courts were closed, and some agricultural chores were suspended to honor the deities. Merry-making with seeds wasn’t restricted though. Some accounts say Romans tossed seeds in the air during the festival to honor the pending thrust of spring.

One of the most important rituals performed during this time was the rousing of Mars before battle. This critical ritual was performed by the commander of the Roman army who “shook the sacred spears,” shouting, “Mars, vigilia!.”

Because early Roman writers associated Mars with not only warrior prowess, but virility and power, he is often tied to the planting season and agricultural bounty. 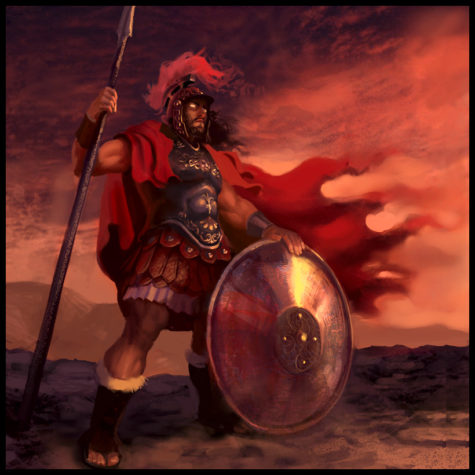 Ritual For The Feriae Marti – Festival of Mars

Altar: Set out a red cloth and lay crossed weapons, such as spears and swords, upon it. Lay a helm in the center, a horn, and a burning red candle or torch.

Offerings: Candles. Finger-shaped cakes (strues). Acts of courage, especially those which force one to fight for the defense of another or of one’s beliefs. In the morning, the exercise of Gymnastika shall be hard aerobic movements.

Mars, warrior god, Fire that leaps
And dances, Protector of cities
And of this house, and our spirits,
Courageous one, mirror us back
Some of your courage.
Fearless one, show us a path
Through our many fears.
Armored one, give us protection
From all who would harm us.
And may your sword turn away
All danger from our flesh,
Our bones, our house, our home,
Our hearth and our hearts
Our eyes and our spirits.
Protect us from destruction and ruin,
O fiery god of the shining spear.
We hail you, eternal warrior,
And ask that you grant us
Some small measure
Of your boundless fiery heart.

Chant: (To be accompanied by drums and people clashing blades against shields in the manner of the Salii of ancient times)

A libation of red wine is poured out for Mars. One person lifts the horn and winds it, long and slow, five times, and the rite is ended.

Promote Your Page Too
Bread Crumbs
A trail of bread crumbs in case you lose your way wandering through this site ... Pagan Calendar > Blog Page > March > The Feriae Marti