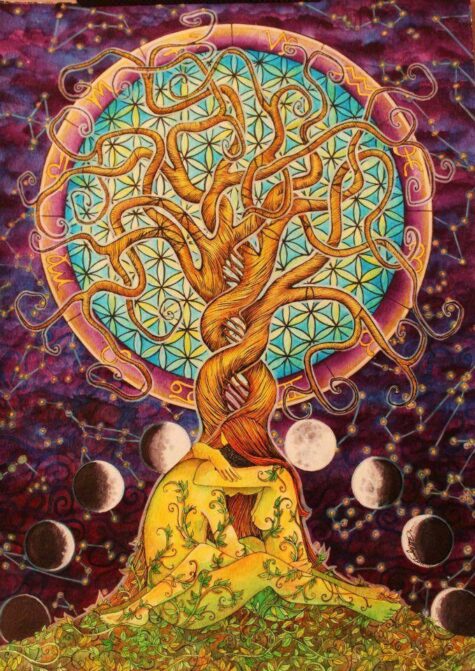 The Celtic Tree Calendar is based on the ogham alphabet and its association with trees.

Unlike the Greco-Roman zodiac, the Celtic calendar has 13 astrological signs based on lunar months. Each month contains 28 days, except the last one (Ruis/Elder) which only has 24, with one extra day representing the 23rd December, the ‘Day of Creation’. Each of the 13 months is represented by a tree together with its Ogham letter.

December 23 is not ruled by any tree. It is the traditional day of the proverbial “Year and a Day” in the earliest courts of law.

However, the Celtic zodiac isn’t confined solely to the lunar cycle. The Druids split their years into 2 halves: the dark half and the light half to represent the recurring cycle of birth, life, death, and rebirth. As a result a zodiac system  rooted in both the lunar and solar cycles of life was developed.

Love energies. Cleansing.  Apples were regarded as a symbol of abundance and a gift of love. It is a symbol of healing – especially of the heart.

Positive perceptions.  Helps with secrets. Defensive. Protective.  Whilst there are some darker superstitions attached to Blackthorn, the tree brings cleansing and purification on both physical and emotional levels if used with compassion. It teaches that everything can have a positive outcome. 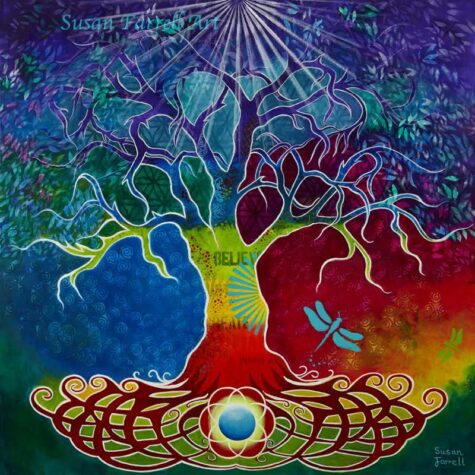 The Oghum alphabet is also associated with Equinox and Solstice energy and the days on which they occur.

The start of the renewal of the sun’s power. The tall Scots Pine stands as a signpost at the beginning of the year. Guidance pointing to the future.

Passion and pitfalls. The gorse has the heady scent of spring. It warns that there can sometimes appear to be a license for self-indulgence but that self-control sometimes needs to be cultivated.

Peace and solitude, new behavior patterns, transformation. Heather regenerates after fire, cleansing and clearing away for the new.

The Oracle. A tree that whispers on wind. Its shimmering leaves whisper on the breeze teaching us to stop and listen carefully to the quiet voices as sometimes they teach more than those who shout.

Wheel of life, death and rebirth, transformation. The yew tree has the ability for its drooping branches to touch the ground and root. Even once the original trunk decays the life of the same tree continues. New trees grow from the branches, but still part of the original. Because of its association with death and rebirth, transformations, the yew has long been associated with sacred sites – both churchyards and pre-Christian sites. Yew rods were used as Ogham sticks for divination and connecting with ancestors. 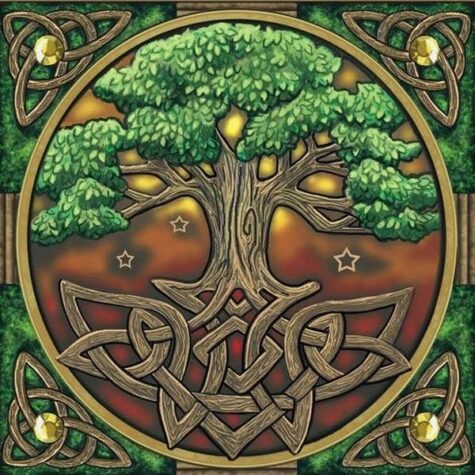 Where Did It Come From?

The calendar was conceived by the British poet and scholar Robert Graves. It was an idea put forward in his book The White Goddess, a historical grammar of poetic myth, first published in 1948.

The book focused on the mythology of Ireland, Britain, Europe and the Middle East, interpreting it in Grave’s individual and poetic style. As historical accounts of ancient Druids are scarce, many of Graves’ ideas regarding the Celtic Tree Calendar were based on the works of Irish historian Ruaidhrí Ó Flaithbheartaigh, (Roderick O’Flaherty). Ó Flaithbheartaigh had published Ogygia in 1685, an elaborate history of Ireland that journeys back to the time of myths and legends and contains within it a chapter on understanding the ancient ogham alphabet.

Graves’ works may also have been influenced by the 14th century Book of Ballymote which contains a chapter on the ogham in which many varieties of the alphabet appear in the form of several diagrams thought to be used as secret codes.

Although the calendar is quite new in a historical sense, its influences lie within ancient Celtic mythology and folklore. It is a beautiful example of how modern spiritual beliefs and the customs of ancient times can be combined to form something enchanting. 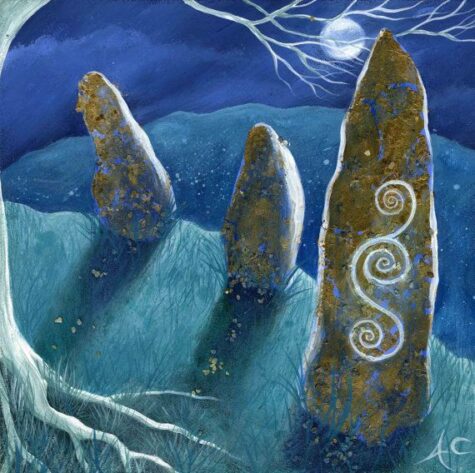 The Celtic alphabet of Ogham is pronounced ‘Oh-wam’. The exact historical origin of the alphabet has been the source of fierce arguments for many years. It is seen used in written form in Ireland from around the 5th Century AD. However, notched grooves carved into rocks seem to hint at it existing for centuries before this, in its symbolic form. Within the British Isles it is often cited as the first attempt at written communication.

The Ogham alphabet in turn has been linked to native British Trees. Sadly, as written history from this period is virtually non-existent, the historical veracity of many of the Ogham interpretations can probably never be proven. But it is known that the Druids in the late Iron Age and beyond (i.e. last century B.C. and the first/second centuries A.D.) used this system in the form of a calendar based on the cycles of the moon and the celebration of the four Solstices.

Each tree in the calendar has its own moon cycle span and an Ogham letter symbol.

As with many semi-precious stones and crystals, each of the British native trees and shrubs in the Ogham has particular powers and benefits. We should revere and learn about our native, pioneer trees and shrubs. The Ogham Tree Wisdom/Lunar Calendar is well worth studying to truly try and understand each tree and its associated energies. 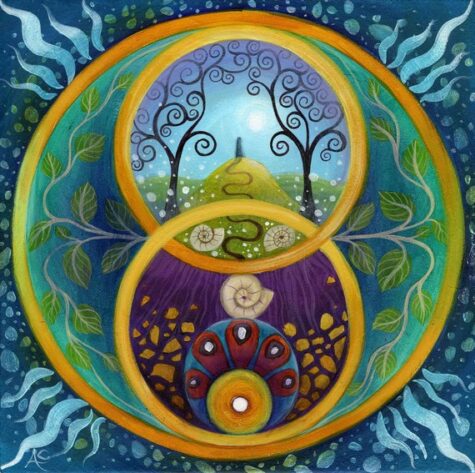 Like most (if not all) human civilizations, the Celts had a calendar–one which existed before the Romans, or at least independent of the Romans. It is known from Irish literature that there were four important holidays in the year–Samhain, Imbolc, Beltane, and Lughnassadh–and from archaeological findings (namely stone chambers, circles, etc.) it is possible they adopted the solstices and equinoxes, though these were not as important, but considered “mid” days (hence “midwinter,” “midsummer”).

We are given more evidence through the existence of the Coligny calendar–twelve months plus an intercalary month, based on the Metonic cycle, syncing up both the solar and lunar calendars, but relying more on the moon.

The names of the months are not derived from trees, however, but instead translate names such as “Summer’s End (?)” (November?), “Horse Month” (July?), and “Hot Month” (September?). They had two “weeks”–the first with fourteen days, the second with 14 or 15, depending on the appearance of the (full? new? this is still debated) moon. The year began on the first of Samhain–November 1.

The Druid religion was based on 3 basic strands of belief: the first was to remember their ancestors and the past; the second was to have an understanding of nature so that they could work with it, not against it; and the third was to explore the connection of everyday reality with that of the spiritual realm. 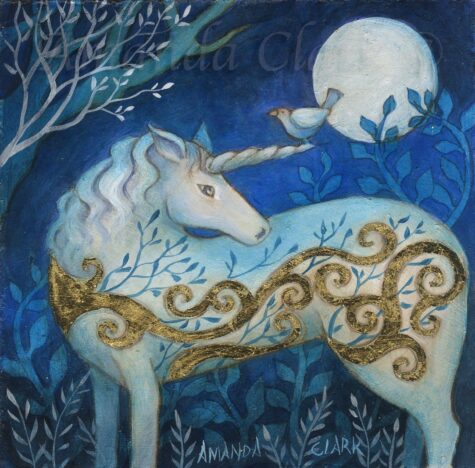 This is an alternative calendar for the Celtic Zodiac. I am unclear as to where it came from, but I assume that it is derived from the writings of Robert Graves.  In the interest of being thorough, I have included it here.

Just like the zodiac signs, individual trees represent the characteristics of people born in a given period. The tree can be in a tree circle once, twice or four times. 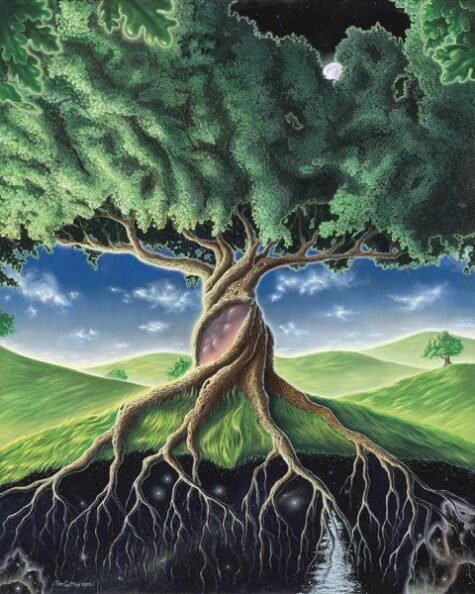