“I do believe that an intimacy with the world of crickets and their kind can be salutary – not for what they are likely to teach us about ourselves but because they remind us, if we will let them, that there are other voices, other rhythms, other strivings and fulfillments than our own.”

Cricket will attune to new vibrations and will aid in heightening intuition, sensitivity and awareness. Crickets can teach effective communication techniques and subconsciousness communication cues to obtain what is needed or wanted.

Crickets are about resurrection and transformation from stages as in the molting process. Is it time to shed old ideas to make way for the new? Expect changes and new developments that will bring growth through reflection and patience as the sensitivity to mental, emotional and physical challenges are coming your way.

Cricket will help in finding the right balance of action using intuition and subtle awareness. 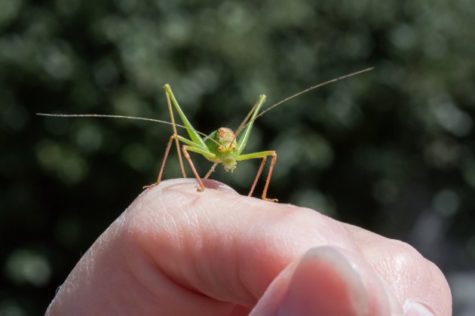 If A Cricket Shows Up

Crickets have an abundance of myth and folklore surrounding them, almost all having to do with a stimulation of intuition and the power of our beliefs. In China the cricket is considered a summer animal symbolizing pluck and a fighting spirit. In fact, ceremonial cricket fights were once staged to awaken such a spirit in their human captors.

In England and parts of Europe, to find a cricket upon one’s hearth was a sign of great good luck for the home Although some superstitions speak of a cricket in the home as a foreboding of death and bad luck, such teachings were rare. The opposite is the more common interpretation.

Crickets in the home were often thought of as the familiar that watched over and guarded the home’s occupants ~ especially against bad spirits. In the 1800’s many people believed that crickets were lucky to have about the house and would do no harm if treated well. Bad luck would befall only those who harmed this creature. In most traditions, it is best to leave the cricket alone. To remove it from the house or to kill it would bring bad luck. 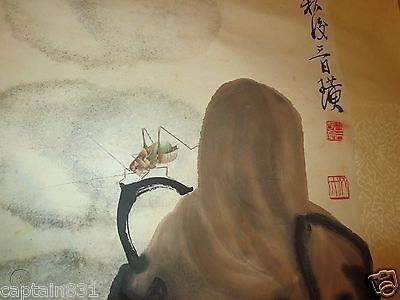 The Cricket As A Guide

There are several thousand species of crickets around the world. They are also known as bushcrickets, and although they are related to the grasshopper, they have a distinct symbology. They have been kept as pets, many believing them to be the reincarnation of relatives. They have been considered a familiar by some and the devil by others. Their singing was believed in parts of Europe to herald good luck. To do them harm was unlucky, while to honor them brought good fortune.

While some species do sing in the day, most crickets are mainly nocturnal. The appearance of cricket in your life heralds an awakening of sensitivities and the finding of light within the dark. This is primarily because of their nocturnal activity and their darker coloration. They are perceptive within the dark times and are able to use whatever light is available to them.

Their appearance reminds us to trust our own intuition, as it is much more accurate than we may believe. Dreams will become more clairvoyant, and cricket reminds us that we can truly rely on our dreamtime perceptions. 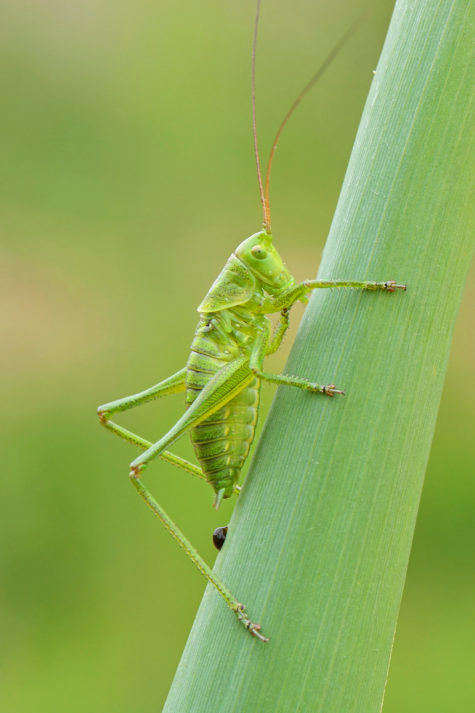 Crickets are distinguished from grasshoppers primarily by their long antennae, which reflect our heightened sensitivity. They further remind us to trust our own intuition and our own expressions of light, even if different from others. Now is the time to believe in and rely upon our long range perceptions and insights. We should trust in what we have always believed.

The male cricket sings by rubbing its wing bases together. Their calls are often shrill, but it is a call that is connected to mating. The song of the cricket is a song of good cheer, especially in relationships, a reminder to trust in our beliefs and perceptions about the other people within our lives. If cricket is singing within your life, now is the time to be of good cheer. Your believing is about to be rewarded, and the song they are singing is of success and pleasures ahead.

Most crickets live on the ground. Some can fly, but many have no hind wings. Some have no wings at all. If cricket has appeared, we may need to stay balanced and grounded when exploring or working with our intuition and psychic abilities. Our belief system may be a bit askew. It is not unusual to find a cricket appearing at times for professionals in the psychic or metaphysical field when conscious efforts are not being made to be balanced and grounded.

Most crickets molt at least once, and a cricket may warn us that it is time to shed old beliefs that are no longer suitable. It can warn that the psychic energies of ourselves or others may be over-stimulated and exaggerated at this time.

Beliefs and ideas are more likely to be distorted and embellished, and this should be taken into consideration before taking any action. Perceptions may lack depth and there may even be some deception about what is being perceived. Others may be trying to make us believe something that is not entirely true or to which there is incomplete information. The cricket should stimulate some self-examination. 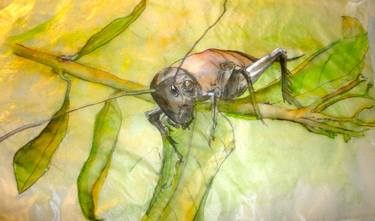 Beliefs about crickets vary considerably. As a rule, these friendly little insects, which love to make their home with human beings, are thought to be fortunate. If they leave a house suddenly, after long dwelling therein, it is an omen of death, and to kill one brings sure misfortune.

On the other hand their chirping is sometimes regarded as a death omen or a sign of a coming storm. If they suddenly invade a house where none was before, bad luck is expected in some parts of the world.

For thousands of years, it has been considered lucky to have a cricket on the hearth, especially in Asian countries where crickets were once used as “watchdogs.” When danger approached, the cricket’s chirping would stop. The appearance of a white cricket on the hearth, however, is almost everywhere considered an extremely bad omen, foretelling a death in the family soon.

The chirping of crickets predicts changes in the weather, the arrival of friends, and changes in luck.

In East India the superstition of the cricket lies in the story of the peril of the soul which, it is held, can leave the body during sleep. The soul, says this Indian fable, leaves the sleeping person in the form of a cricket emerging from the nose.

Native Americans believed crickets brought good luck as well, and avoided mimicking the chirping out of respect for the insect. At one time, it was said that Cherokee Indians drank tea made of crickets, in order to become good singers like the crickets.

It was generally believed that killing a cricket in your house would bring bad luck. It’s possible that this superstition of misfortune from killing a cricket comes from the idea that such an act is a breach of hospitality, the little insect invariably taking refuge in houses, and singing it’s cheerful “all is well” songs.

The singing of crickets in the folklore of Brazil and elsewhere is sometimes taken to be a sign of impending rain, or of a financial windfall. In Álvar Núñez Cabeza de Vaca’s chronicles of the Spanish conquest of the Americas, the sudden chirping of a cricket heralded the sighting of land for his crew, just as their water supply had run out.

In Caraguatatuba, Brazil, a black cricket in a room is said to portend illness; a gray one, money; and a green one, hope. In Alagoas state, northeast Brazil, a cricket announces death, thus it is killed if it chirps in a house.

In Barbados, a loud cricket means money is coming in; hence, a cricket must not be killed or evicted if it chirps inside a house. However, another type of cricket that is less noisy forebodes illness or death. 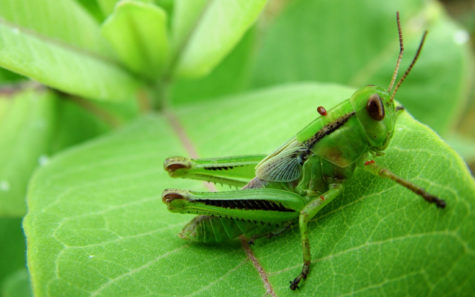 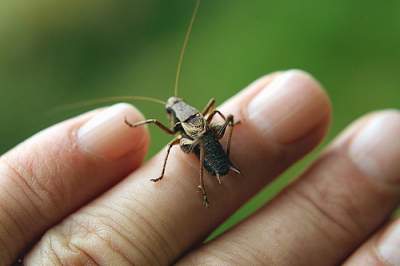 The crickets are believed to be enchanted. People do not like to express an exact opinion about them, so they are spoken of with great mystery and awe, and no one would venture to kill them for the whole world.

But they are by no means evil; on the contrary, the presence of the cricket is considered lucky, and their singing keeps away the fairies at night, who are always anxious, in their selfish way, to have the whole hearth left clear for themselves, that they may sit round the last embers of the fire, and drink the cup of milk left for them by the farmer’s wife, in peace and quietness.

The crickets are supposed to be hundreds of years old, and their talk, could we understand it, would no doubt be most interesting and instructive. 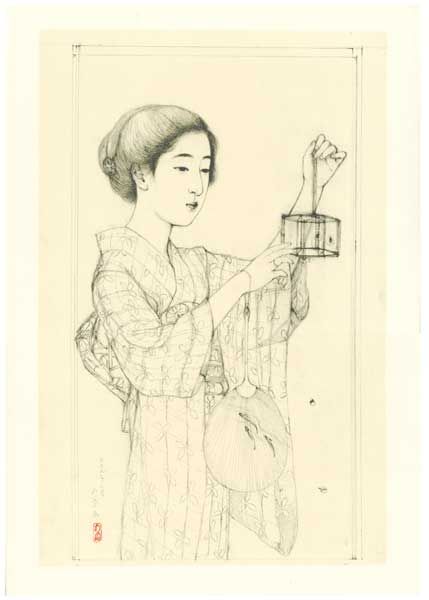 Crickets also are symbolic of success and family size in China. The insects lay hundreds of eggs before dying. Centuries ago, large families were very important to the Chinese, as they were equated with success. To wish someone to have a family like crickets was to wish them success.

The Chinese believe the crickets make not noise, but beautiful music. Songs have been written around the chirping sounds made by male crickets. The cricket also symbolizes summer as well as courage and a fighting spirit.

Even in the 21st century, the Chinese still revere crickets. They still buy them in little cages so they can take them home and listen to them sing. China’s major cities such as Beijing and Shanghai even have insect markets where crickets can be purchased. Cricket fighting is as popular today in China as it was centuries ago. Crickets perceived to be good fighters can sell for hundreds, maybe even thousands, of dollars. 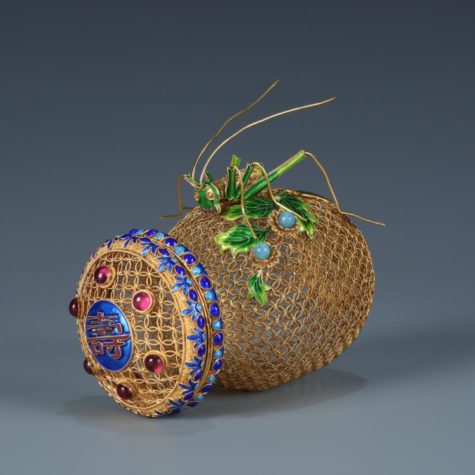 Crickets As Pets and Fighting Animals

Crickets are kept as pets and are considered good luck in some countries; in China, they are sometimes kept in cages or in hollowed-out gourds specially created in novel shapes. The practice was common in Japan for thousands of years; it peaked in the 19th century, though crickets are still sold at pet shops. It is also common to have them as caged pets in some European countries, particularly in the Iberian Peninsula.

Cricket fighting is a traditional Chinese pastime that dates back to the Tang dynasty (618–907). Originally an indulgence of emperors, cricket fighting later became popular among commoners. The dominance and fighting ability of males does not depend on strength alone; it has been found that they become more aggressive after certain pre-fight experiences such as isolation, or when defending a refuge. Crickets forced to fly for a short while will afterwards fight for two to three times longer than they otherwise would. 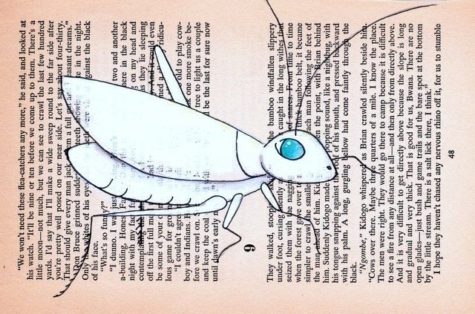 Cricket in Slang and Metaphor

By the 19th century “cricket” and “crickets” were in use as euphemisms for using Christ as an interjection. The addition of “Jiminy” (a variation of “Gemini”), sometimes shortened to “Jimmy” created the expressions “Jiminy Cricket!” or “Jimmy Crickets!” as less blasphemous alternatives to exclaiming “Jesus Christ!”

By the end of the 20th century the sound of chirping crickets came to represent quietude in literature, theatre and film. From this sentiment arose expressions equating “crickets” with silence altogether, particularly when a group of assembled people makes no noise. These expressions have grown from the more descriptive, “so quiet that you can hear crickets,” to simply saying , “crickets” as shorthand for “complete silence.”