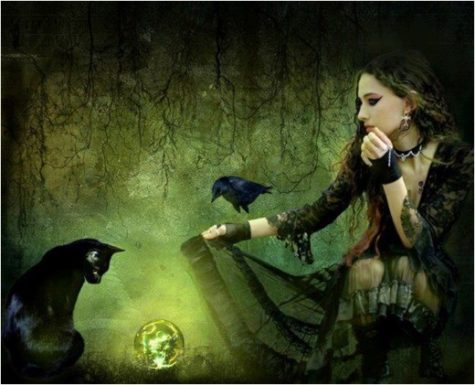 The concept of the familiar has been a vital component of various cultures throughout man’s history. The Romans, for example, believed that each household was protected by a familiar whose job it was to keep the family from harm, and shamans and medicine men of various tribal traditions have long honored the spirits of animals for their wisdom and assistance in magickal workings.

Yet despite these positive influences, when we think of a familiar the most common image is that of the evil witch with her fearsome-looking black cat. This archetype, straight from the fairytales of our childhood, has its roots in the fear and superstition of the Dark Ages, and it bears no resemblance to the modern-day familiar.

Today’s witches view their familiars in an altogether different light. For the modern witch, a familiar can be any animal with which the individual feels an affinity. While these animals are not considered evil spirits, they’re far from being just a household pet and are treated as partners in the practice of magick.

Because animals are believed to be more sensitive to vibrations from the unseen world, they are useful to the witch as a kind of psychic sensor, indicating the presence of negative energy by their behavior. Familiars also bring added energy to magickal workings because of their close affinity with the spirit world and their attunement with their witch.

The finding of an animal familiar is a very personal thing, and often the witch will send out a psychic call to attract a suitable one. An immediate and overwhelming feeling of kinship between the witch and the animal usually signifies the discovery of the new familiar.

In some cases familiars are not confined to physical bodies. Although they play the same role as animal familiars, spirit familiars are more versatile in that they can move about more freely. The presence of these sprit familiars is often experienced as a voice, vision, or strong feeling of peace. If necessary, they can be associated with inanimate objects, such as a stone or piece of jewelry, to make contacting the spirit an easy task. 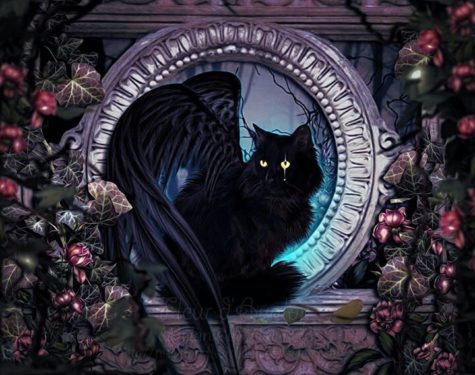 This rite it designed specifically for cats, but may be employed with any animal you wish to make your familiar spirit.

Each night during the cycle of the waxing Moon, sit closely with the animal. Arrange it so that you are both facing toward the horizon where the Moon shall rise. Stroke the creature firmly, but with love, until he or she begins to purr or relax. Align your own breathing with the purr, or in the case of a creature other than feline friend, align your breathing with that of the animal.