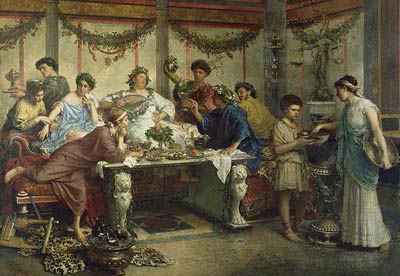 In Ancient Roman religious tradition, The Hilaria (Greek: ἱλάρια; Latin: hilaris, “hilarious”) were festivals celebrated on the vernal equinox to honor Cybele, the mother of the Gods. The Romans took this feast originally from the Greeks, who called it ΑΝΑΒΑΣΙΣ, (Ascensus)

The day of its celebration was the first after the vernal equinox, or the first day of the year which was longer than the night (usually March 22) . The winter with its gloom had died, and the first day of a better season was spent in rejoicings.

The manner of its celebration during the time of the republic is unknown, except that Valerius Maximus mentions games in honor of the mother of the gods. Respecting its celebration at the time of the empire, we learn from Herodian that, among other things, there was a solemn procession, in which the statue of the goddess was carried, and before this statue were carried the most costly specimens of plate and works of art belonging either to wealthy Romans or to the emperors themselves.

All kinds of games and amusements were allowed on this day; masquerades were the most prominent among them, and everyone might, in his disguise, imitate whomsoever he liked, and even magistrates.

Here is a nice ritual to honor Cybele on her day from the Pagan Book of Hours: 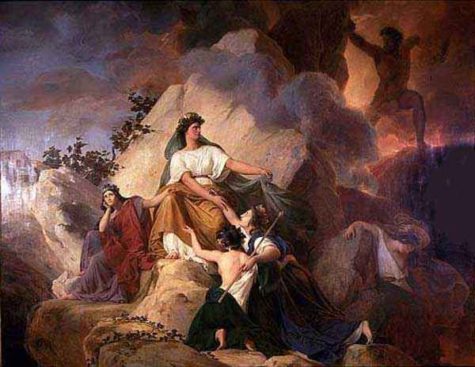 Magna Mater
Great Lady of the City
Protector of Civilization
Inspirer of music in the city streets
And in the high houses,
Queen upon your throne,
Guard the lands of stone and metal
Where the feet of thousands tread.
Magna Mater
Great Lady of the Wilderness
Protector of the Wild Things
Inspirer of music in lonely places
And in the deep metro’ons,
Lioness who hunts your prey,
Guard the beleaguered lands of untouched Nature
Where few feet tread
Save for the children of Earth whose steps belong there.
Magna Mater,
You who understand both worlds,
Do not let us forget
That both are valued in your eyes
That both hold promise and treasure
And that we must learn to live in both
If we are to survive.

Promote Your Page Too
Bread Crumbs
A trail of bread crumbs in case you lose your way wandering through this site ... Pagan Calendar > Blog Page > March > The Hilaria