Holi – A Festival of Color 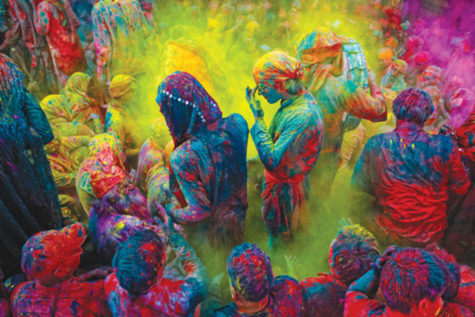 Holika, or Holi for short, is the Festival of Color. It marks the end of the nippy winter months and the beginning of spring. This festival comes during the full moon in the Hindu month of Phagan, in February or March. In 2019, it falls on March 21, with the Holika Dahan beginning the evening of March 20.

Holi is one of the major festivals of India and is celebrated on different dates every year. This great Indian festival is observed at the end of the winters in the month of March after the full Moon. A day before Holi a large bonfire is lit that helps in burning out the evil spirits and that whole process is called as Holika Dahan. 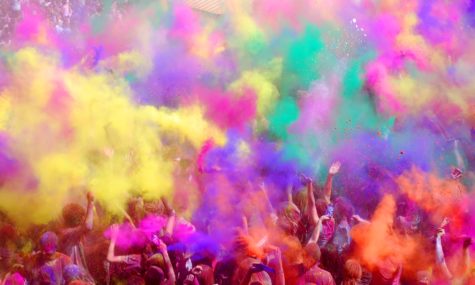 Holi is celebrated with extreme enthusiasm and joy. Gulal, abeer and pichkaris are synonymous with the festival. Elaborate plans are made to color loved ones and family members. Everybody wants to be the first one to color the other. In the ensuing battle of colors, everybody is drowned not just in colors of gulal but also in love and mirth. People love to drench each other in colored water. Gujiyas and other sweets are offered to everyone who comes across to color.

Temples are beautifully decorated at the time of Holi. Idol of Radha is placed on swings and devotees turn the swings singing devotional Holi songs. Small plays are organized reflecting the spirit of the festival.

Fun, frolic, boisterousness to the extent of buffoonery marks this festival of colors. What more can be expected- when the people get a social sanction to get intoxicated on the bhang, open not just their hearts but also their lungs. And viola, nobody is expected to take offense too, as the norm of the day is, ‘Bura na mano Holi hai‘. 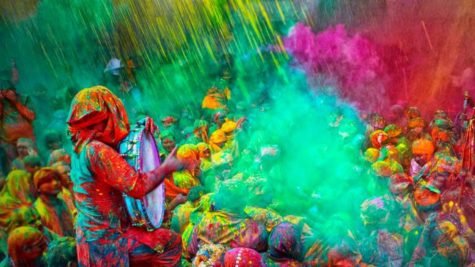 Foremost is the legend of Prahlad and Hiranyakshyap. The legend says there once lived a devil and powerful king, Hiranyakshyap who considered himself a god and wanted everybody to worship him. He demanded that no one pray to Lord Vishnu and that they only pray to him. In fear, people did as he bid. However, his son Pralhad was devoted to Lord Vishnu and would not abide by his father’s rules. To discipline him, Hirankashyap ordered harsh and cruel punishments, yet no harm came to Pralhad.

Finally, Holika (Hirankashyap sister), who was immune to the harms of fire, was ordered to sit on a bed of flames with Pralhad on her lap. Holika was burnt, but Pralhad survived unharmed. As Holika lay dying she begged Pralhad for forgiveness. Pralhad forgave her and deemed that one day a year would be to remember her. To commemorate “Holi”, large bonfires burn and people say a prayer to “Holi” for well-being.

Holi is also associated with the immortal love of Krishna and Radha. A young Krishna complained to his mother Yashoda about having such a dark complexion compared to his love Radha who was so fair. Yashoda told him to apply color to Radha’s face and see what would happen. 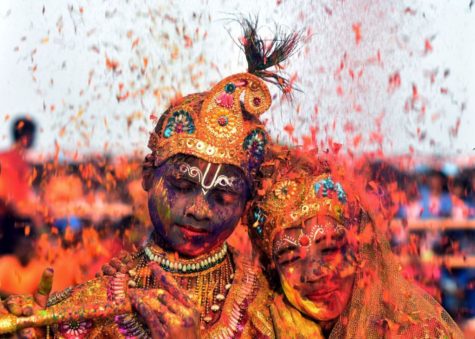 Today, celebrations start early in Nandagaon, where Lord Krishna grew up. Men from Nandagaon raid nearby Barsana (where Radha grew up) with hopes of raising their flag over Shri Radhikaji’s temple. The women of Barsana “beat” the raiders with long wooden sticks. This is a mock battle and the men are well-padded as they try to evade capture. If captured, the men are forced to dress as women, paint their faces, and dance!

Mythology also states that Holi is the celebration of death of Ogress Pootana who tried to kill infant, Krishna by feeding him poisonous milk.

Another legend of Holi which is extremely popular in Southern India is that of Lord Shiva and Kaamadeva. According to the legend, people in south celebrate the sacrifice of Lord of Passion Kaamadeva who risked his life to revoke Lord Shiva from meditation and save the world.

Also, popular is the legend of Ogress Dhundhi who used to trouble children in the kingdom of Raghu and was ultimately chased away by the pranks of the children on the day of Holi. Showing their belief in the legend, children till date play pranks and hurl abuses at the time of Holika Dahan. 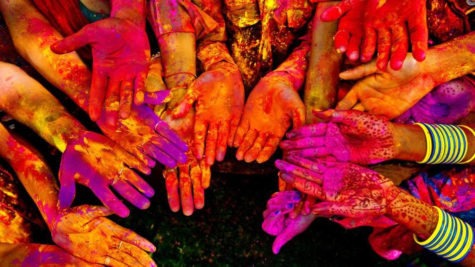 Celebration of the various legends associated with Holi reassure the people of the power of the truth as the moral of all these legends is the ultimate victory of good over evil. The legend of Hiranyakashyap and Prahlad also points to the fact that extreme devotion to god pays as god always takes his true devotee in his shelter.

All these legends help the people to follow a good conduct in their lives and believe in the virtue of being truthful. This is extremely important in the modern day society when so many people resort to evil practices for small gains and torture one who is honest. Holi helps the people to believe in the virtue of being truthful and honest and also to fight away the evil.

Besides, holi is celebrated at a time of the year when the fields are in full bloom and people are expecting a good harvest. This gives a people a good reason to rejoice, make merry and submerge themselves in the spirit of Holi. 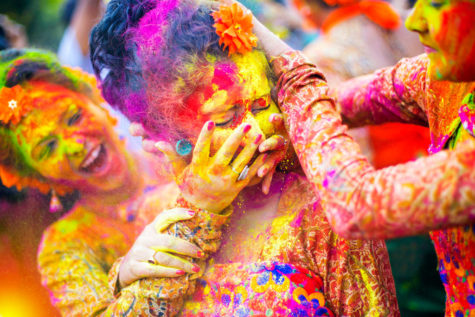 Holi helps to bring the society together and strengthen the secular fabric of our country. For, the festival is celebrated by non-Hindus also as everybody like to be a part of such a colorful and joyous festival.

Also, the tradition of the Holi is that even the enemies turn friends on Holi and forget any feeling of hardship that may be present. Besides, on this day people do not differentiate between the rich and poor and everybody celebrate the festival together with a spirit of bonhomie and brotherhood.

In the evening people visit friends and relatives and exchange gifts, sweets and greetings. This helps in revitalizing relationships and strengthening emotional bonds between people. 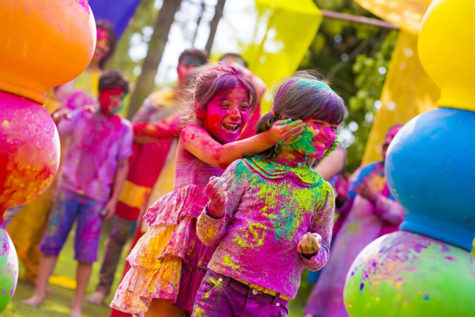 It is interesting to note that the festival of Holi is significant for our lives and body in many other ways than providing joy and fun.

We also need to thank our forefathers who started the trend of celebrating Holi at such a scientifically accurate time. And, also for incorporating so much fun in the festival. 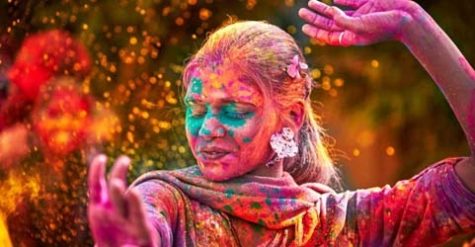 As Holi comes at a time of the year when people have a tendency to feel sleepy and lazy. This is natural for the body to experiences some tardiness due to the change from the cold to the heat in the atmosphere. To counteract this tardiness of the body, people sing loudly or even speak loudly. Their movements are brisk and their music is loud. All of this helps to rejuvenate the system of the human body.

Besides, the colors when sprayed on the body have a great impact on it. Biologists believe the liquid dye or Abeer penetrates the body and enters into the pores. It has the effect of strengthening the ions in the body and adds health and beauty to it.

There is yet another scientific reason for celebrating the Holi, this however pertains to the tradition of Holika Dahan. The mutation period of winter and spring, induces the growth of bacteria in the atmosphere as well as in the body. When Holika is burnt, temperature rises to about 145 degrees Fahrenheit. Following the tradition when people perform Parikrima (circumambulation or going around) around the fire, the heat from the fire kills the bacteria in the body thus, cleansing it.

The way Holi is celebrated in south, the festival also promotes good health. For, the day after the burning of Holika people put ash (Vibhuti) on their forehead and they would mix Chandan (sandalpaste) with the young leaves and flowers of the Mango tree and consume it to promote good health. 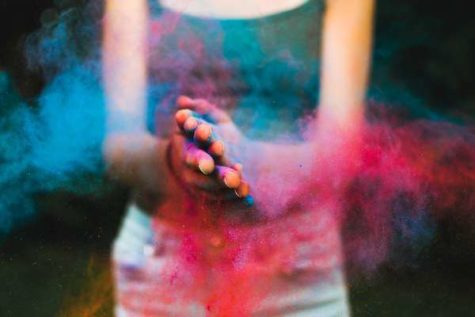 Some also believe that play with colors help to promote good health as colors are said to have great impact on our body and our health. Western-Physicians and doctors believe that for a healthy body, colors too have an important place besides the other vital elements. Deficiency of a particular color in our body causes ailment, which can be cured only after supplementing the body with that particular color.

People also clean-up their houses on Holi which helps in clearing up the dust and mess in the house and get rid of mosquitoes and others pests. A clean house generally makes the residents feel good and generate positive energies.

6 Responses to Holi – A Festival of Color