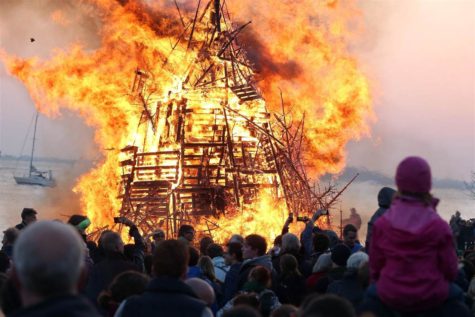 The Easter Fire is a custom of pagan origin spread all over Europe. It is a symbol of victory, the victory of beautiful and sunny spring over the cold days of winter.

On Holy Saturday or Easter Sunday, in rare occasions also on Easter Monday, large fires are lit at dusk in numerous sections of Northwestern Europe. These regions include Denmark, parts of Sweden as well as in Finland, Northern Germany, Switzerland, and Austria.

The fire is lit usually on the top of the mountains – Easter mountain, Osterberg – and it is obtained from wood by friction. In Germany, the Easter fire is created by gathering all the Christmas trees and burning them into a huge fire, a sign for everyone to leave behind winter and prepare for spring.

Though not documented before the 16th century, the custom presumably is based on Saxon, pre-Christian traditions, that are still performed each year. There are several explanations of the meaning of these fires. The Saxons believed that around the time of Easter, Spring becomes victorious over Winter. The fires were to help chase the darkness and winter away. It was also a symbol of fertility, which works in a literal sense in that the ashes were scattered over the meadows and thereby fertilized the soil.

The pre-Christian meaning of Easter fires is hardly experienced anymore. Nowadays they are meant to bring the community together, which guarantees a pleasant night combined with the consumption of beer, mulled wine or liquor, and snacks. 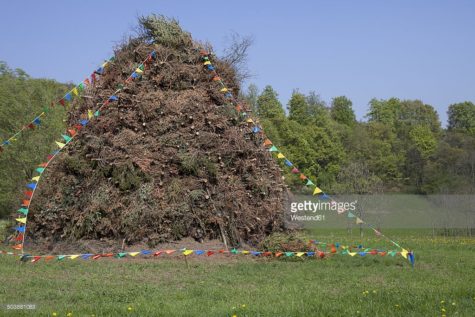 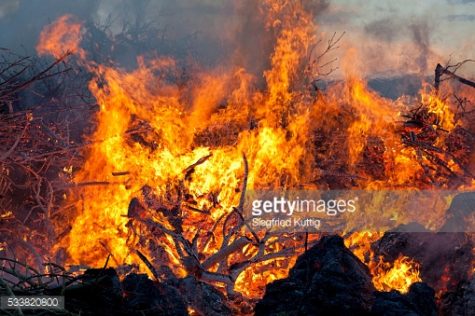 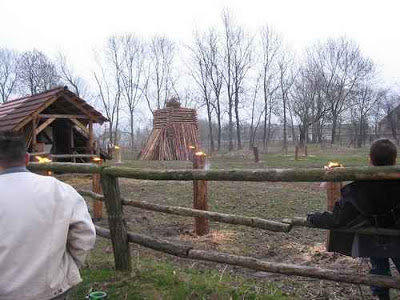 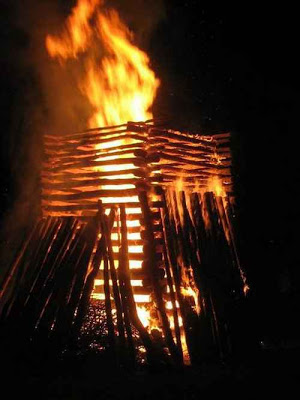 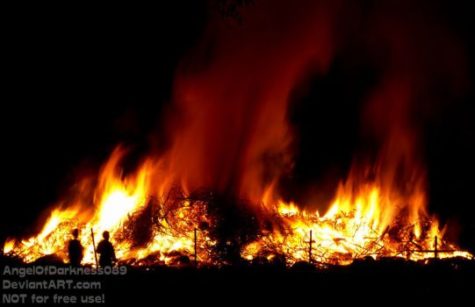 Promote Your Page Too
Bread Crumbs
A trail of bread crumbs in case you lose your way wandering through this site ... Pagan Calendar > Blog Page > Easter Celebrations > Easter Fire