The Anglo-Saxon and Norse Goddess of the Underworld is honored annually on the Day of Hel (July 10th) with prayers, the lighting of black candles, and offerings of rose petals. 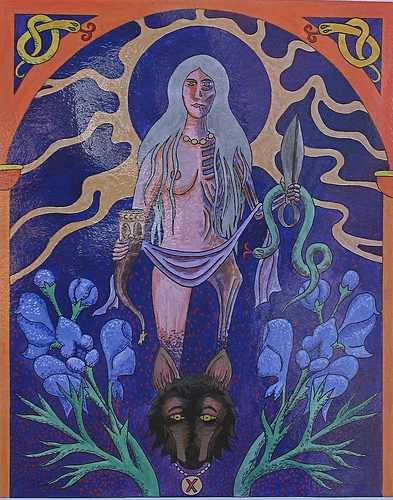 Also known as Hella, Hela, this deity is simultaneously half-dead and half-alive. Half of her body (cut vertically) is that of a fair, beautiful woman; the other half is necrotized flesh. She is half living woman, half corpse.

Once upon a time, being sent to Hel may have been inevitable, but it wasn’t perceived as punishment: Hel, daughter of Angerboda and Loki, rules the Norse realm of the dead. She is the keeper of the souls of the departed. Those who die at sea or in battle have other destinations; everyone else goes to Hel, who welcomes them into her home, Helhaim, regardless of whether they were good, bad, sinful, or saintly while alive.

Here’s a ritual for Hela’s Day: 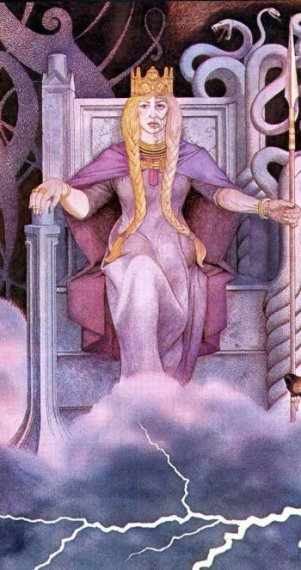 Hail to Hel
Queen of Helheim
Wisest of Wights
Keeper of Secrets
Keeper of the hopes for tomorrow
Guardian of Souls
Implacable one of the frozen realm
Half the face of beauty
Half the face of Death.
You who feed the dead
At your meager table
Where everyone gets their fair share,
You who care not
About wealth or status,
About fame or fortune,
Who cares for the peasant
Equally with the ruler,
Teach us that Death is the great leveller
And that we need have no pride
When we reach your halls.
Lady who takes away
Yet holds always promise,
Teach us to praise loss and death
And the passing of all things,
For from this flux
We know your blessings flow.

(Blow out the candles, bow to the altar, and pour out the libation of mead. The roses should be placed outside to rot in the garden.)

Found in: Pagan Book of Hours

One Response to Day of Hel

Promote Your Page Too
Bread Crumbs
A trail of bread crumbs in case you lose your way wandering through this site ... Pagan Calendar > Blog Page > July > Day of Hel