Day of Unn the Wise Person 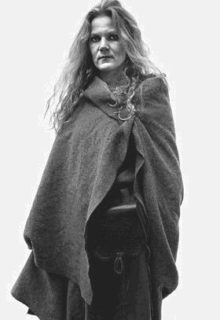 July 9th is the Day of Unn the Wise person. Also known as Aud the Deep-Minded, Unn was a great matriarch who established dynasties in the islands Orcadas, Feroe and Iceland.

Make our own families grow strong, maintain the memory and traditions of our alive ancestors. Remember the great women of your own clan on this Day of Remembrance for Unn the Deep Minded.

Unn was a powerful figure from the Laxdaela Saga who emigrated to Scotland to avoid the hostility of King Harald Finehair. She was the second daughter of Ketill Flatnose, a Norwegian hersir, and Yngvid Ketilsdóttir, daughter of Ketill Wether, a hersir from Ringarike. Unn married Olaf the White (Oleif), son of King Ingjald, who had named himself King of Dublin after going on voyages to Britain and then conquering the shire of Dublin. They had a son named Thorstein the Red

In some pagan calendars this is shown of “Day of Un the Wise Person” which is a misprint.

Promote Your Page Too
Bread Crumbs
A trail of bread crumbs in case you lose your way wandering through this site ... Pagan Calendar > Blog Page > July > Day of Unn the Wise Person