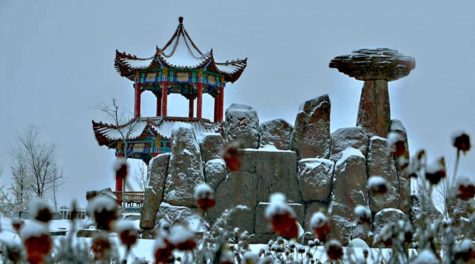 The Dōngzhì Festival or Winter Solstice Festival is one of the most important festivals celebrated by the Chinese and other East Asians during the Dōngzhì solar term (winter solstice) on or around December 22 when sunshine is weakest and daylight shortest.

The origins of this festival can be traced back to the yin and yang philosophy of balance and harmony in the cosmos. After this celebration, there will be days with longer daylight hours and therefore an increase in positive energy flowing in. The philosophical significance of this is symbolized by the I Ching hexagram fù (復, “Returning”).

To really get a feel for the Dōngzhì Festival, you have to imagine hard, rural living during a gray Han Dynasty winter more than 2,000 years ago. 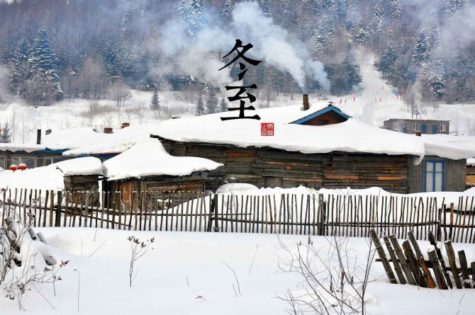 Now picture a family meal at a table set with hearty, warming foods, raising the hopes for spring’s arrival. That’s the spirit of the Dōngzhì Festival.

The Dōngzhì Festival marries the winter solstice with nature’s harmonious balance of yin and yang energy. From this point forward, dongzhi (i.e. the extreme of winter) and the negative yin qualities of darkness and cold give way to the positive yang qualities of light and warmth. In other words, take heart — spring will come.

Traditionally, the Dōngzhì Festival was a day to regroup with a family get together before tackling the last leg of winter. Today, with survival less of a daily concern and no time off granted, the Dōngzhì Festival is celebrated mostly with a family meal full of warm, hearty foods. One activity that occurs during these get togethers (especially in the southern parts of China and in Chinese communities overseas) is the making and eating of tangyuan, or balls of glutinous rice, which symbolize reunion. 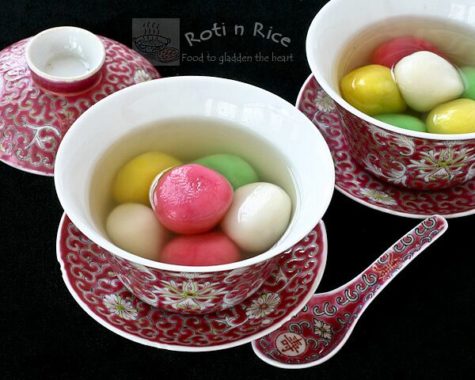 Tangyuan are made of glutinous rice flour and sometimes brightly colored. Each family member receives at least one large tangyuan in addition to several small ones. The flour balls may be plain or stuffed. They are cooked in a sweet soup or savory broth with both the ball and the soup/broth served in one bowl. It is also often served with a mildly alcoholic unfiltered rice wine containing whole grains of glutinous rice (and often also Sweet Osmanthus flowers), called jiuniang.

In northern China, people typically eat dumplings on Dōngzhì. It is said to have originated from Zhang Zhongjing in the Han Dynasty. On one cold winter day, he saw the poor suffering from chilblains on their ears. Feeling sympathetic, he ordered his apprentices to make dumplings with lamb and other ingredients, and distribute them among the poor to keep them warm, to keep their ears from getting chilblains. 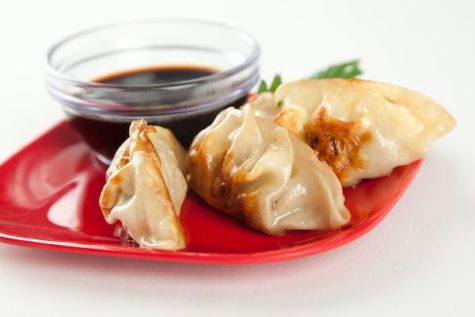 Since the dumplings were shaped like ears, Zhang named the dish “qùhán jiāoěr tāng” (祛寒嬌耳湯) or dumpling soup that expels the cold. From that time on, it has been a tradition to eat dumplings on the day of Dōngzhì.

Old traditions also require people with the same surname or from the same clan to gather at their ancestral temples to worship on this day. There is always a grand reunion dinner following the sacrificial ceremony.

The festive food is also a reminder that we are now a year older and should behave better in the coming year. Even today, many Chinese around the world, especially the elderly, still insist that one is “a year older” right after the Dōngzhì celebration instead of waiting for the Chinese New Year.

To Taiwanese people, the festival in winter also plays a very important role. It is also a tradition for Taiwanese to eat tangyuan on this day. They also use the festive food as an offering dish to worship the ancestors.

In an interesting twist, in accordance with ancient Taiwanese history, many people take some of the tangyuan that have been used as offerings and stick them on the back of the door or on windows and tables and chairs. These “empowered” tangyuan supposedly serve as protective talismans to keep evil spirits from coming close to children. 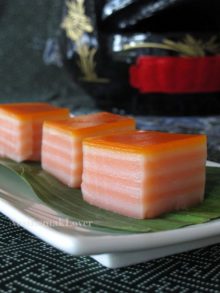 In addition to following some of the customs practiced in China, the people of Taiwan have their own unique custom of offering nine-layer cakes as a ceremonial sacrifice to worship their ancestors.

These cakes are made using glutinous rice flour in the shape of a chicken, duck, tortoise, pig, cow or sheep, and then steamed in different layers of a pot. These animals all signify auspiciousness in Chinese tradition.

Another interesting custom in Taiwan is that many people take invigorating tonic foods during this particular winter festival. To the Taiwanese, winter is a time when most physical activities should be limited and you should eat well to nourish your body. This practice follows the habits shown by many animals which follow the law of nature and hibernate throughout winter months to rejuvenate and to preserve life. In order to fight cold temperatures, it is necessary to eat more fatty and meaty foods during winter when your body can better absorb the rich and nutritional foods at this time due to a slower metabolic rate.

Since Dōngzhì is the “Extreme of Winter”, Taiwanese regard it as the best time of the year to take tonic foods. Some of the most widely popular winter tonic foods enjoyed by Taiwanese to fight cold and strengthen the body’s resistance are mutton hot pot and ginger duck hot pot. Other foods like chicken, pork and abalone are also common materials used in making tonic foods with nurturing herbs such as ginseng, deer horn and the fungus cordyceps.

Promote Your Page Too
Bread Crumbs
A trail of bread crumbs in case you lose your way wandering through this site ... Pagan Calendar > Blog Page > Asian Celebrations > The Dōngzhì Festival