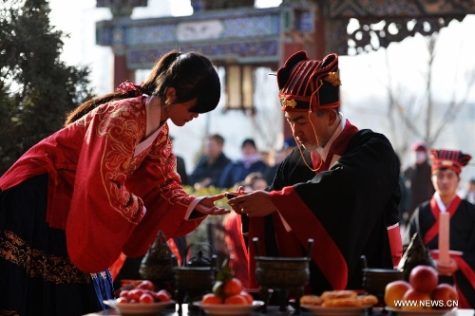 In northern China, people eat lamb dumplings for the Dōngzhì Festival, a tribute to the Han Dynasty physician, Zhang Zhongjing, who served this warming food to poor farmers suffering from frostbite during one particularly cold winter.

Celebrating the Dōngzhì Festival is all about understanding the simple enjoyment of a warm, fortifying meal on a cold winter night in ancient China. It’s that same feeling you had as a child when you came in from a day of playing in the snow to a cup of hot cocoa or a bowl of steaming soup.

Against that backdrop, this lamb dumpling recipe is the perfect match. The rustic taste of lamb, combined with a black vinegar and chili dipping sauce, gives these dumplings a distinctly northern Chinese flavor. A perfect meal to serve during the depths of winter. 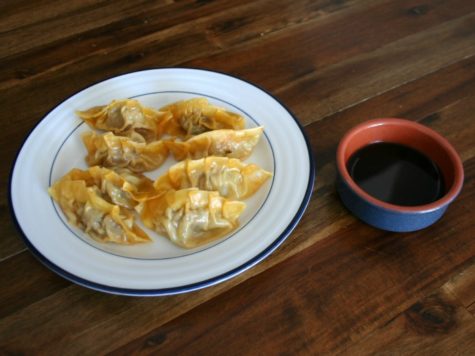 In contrast to traditional pork dumplings, which can be fried as potstickers, these lamb dumplings are either steamed or boiled in thin gow gee dumpling wrappers. The boiled dumplings are soft and slippery, while the steamed dumplings are more elastic, but both versions produce a satisfying broth that makes the dumplings feel like xiao long bao.

If your Chinese market is in a predominantly Cantonese neighborhood, you may find that it doesn’t carry lamb. In that case, a halal market will probably be your next best bet. Make sure to pick a relatively fatty ground lamb mix, so that your dumplings produce a rich broth. 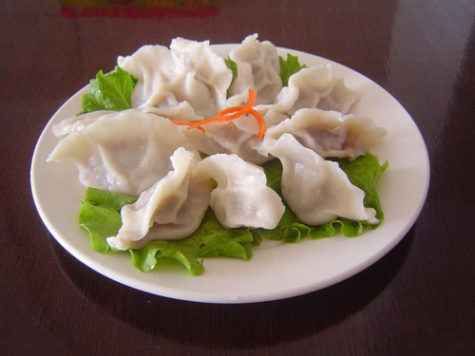 1. Finely mince the cabbage in a food processor. Place in a large bowl, sprinkle with the salt and set aside for 10 minutes.

2. Add the lamb, ginger, green onion, soy sauce, rice wine and cumin to the food processor. Pulse 5 times until the ingredients are combined well. Set aside.

3. Place the cabbage on a kitchen cloth, twist the top and squeeze out as much liquid as you can. Add the dry cabbage to your pork mixture and combine in the food processor with another 5 pulses.

4. Spoon 1 rounded teaspoon of the filling mixture in the center of each dumpling wrapper. To wrap a dumpling, dab water along the inside edge of the wrapper, fold in half to form a semicircle enclosing the filling, then seal the edges together to stick. Finally, fold 5-6 small pleats around the top edge of the dumpling. Repeat until all of your dumplings are done.

5. Separate the dumplings you’ll need for your meal and then freeze the rest in a heavy plastic bag for later.

6. There are two easy ways to cook dumplings.

– To boil: Bring a large pot of water to a boil. Add 15 dumplings to the pot and boil for 9 minutes, stirring occasionally to prevent them from sticking to the bottom of the pot. Remove the dumplings from the heat and drain, repeating with any remaining dumplings.

– To steam: Place a bamboo steamer in a large pot or wok and heat water to a boil. Place 15 dumplings in a single layer in the bamboo steamer, cover and steam for 9 minutes. Remove the dumplings from the heat.

Promote Your Page Too
Bread Crumbs
A trail of bread crumbs in case you lose your way wandering through this site ... Pagan Calendar > Blog Page > Asian Celebrations > Lamb Dumplings for Dōngzhì