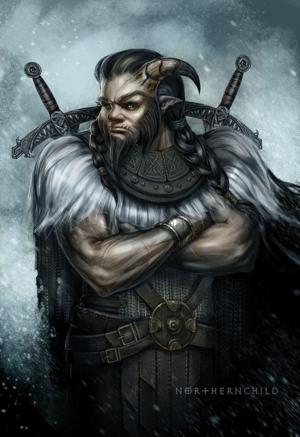 June 14 is sacred to the Viking god Vidar. He is one of the sons of Odin and destined to survive Ragnarok and rule over the earth afterwards. He is the personification of the vital energy of nature which returns greening the land even after major disasters.

He is the patron of leather workers. According to Viking tradition, leather workers would put aside all of their off-cuts. These scraps of leather would be buried as offerings to Vidar, and to remove bad luck and evil vibes from the giver.

Vidar gathers these leather scraps to make his enormous, tough leather boot, and at the end of time he will stop Ragnarok when he kills the Fenris wolf by booting it in the mouth.

Promote Your Page Too
Bread Crumbs
A trail of bread crumbs in case you lose your way wandering through this site ... Pagan Calendar > Blog Page > June > Vidar’s Day