Festival for the Pales 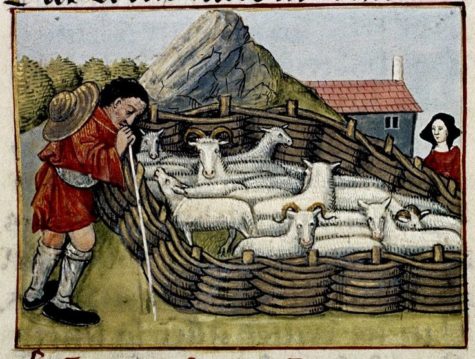 Also called The Parilia, this festival is dedicated to the Another festival to Pales, goddess of herds. In ancient Roman religion, Pales was a deity of shepherds, flocks and livestock. Regarded as male by some sources and female by others, Pales can be either singular or plural in Latin, and refers at least once to a pair of deities.

During these festivals, ritualistic cleansing of sheep/cattle pens and animals would take place. There are two dates for this festival, one is April 21, and the other on July 7. The festival in April was for smaller livestock, while the one in July was for larger animals.

The festival, basically a purification rite for herdsmen, beasts, and stalls, was at first celebrated by the early kings of Rome, later by the pontifex maximus, or chief priest. 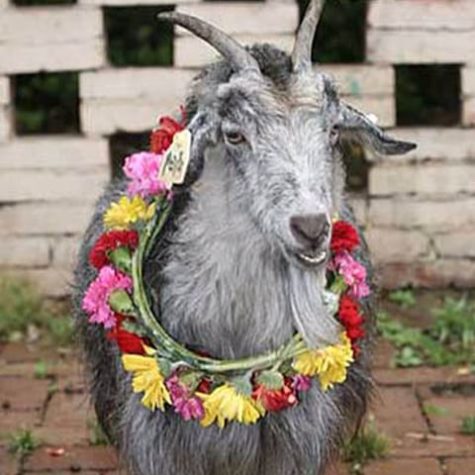 The Vestal Virgins opened the festival by distributing straw and the ashes and blood of sacrificial animals. Ritual cleaning, anointment, and adornment of herds and stalls followed, together with offerings of simple foods.

Shepherds swept out the pens and smudged the animals and pens with burning sulfur. In the evening, the animals were sprinkled with water, and their pens were decorated with garlands. Fires were started, and in were thrown olives, horse blood, beanstalks without pods, and the ashes from the Fordicalia fires. Men and beasts jumped over the fire three times to purify themselves further, and to bring them protection from anything that might harm them (wolves, sickness, starvation, etc.). After the animals were put back into their pens the shepherds would offer non-blood sacrifices of grain, cake millet, and warm milk to Pales.

Another description of this Festival from Nova Roma is as follows:

The Parilia is both an ancient agricultural festival sacred to Pales and the birthday of Eternal Roma Herself. The sheep-fold is decorated with greenery and a wreath placed on its entrance. At first light the fold is scrubbed and swept, and the sheep themselves are cleansed with sulfur smoke. A fire is made of olive and pine wood, into which laurel branches are thrown; their crackling is a good omen. Offerings are made of cakes of millet, other food, and pails of milk.

A prayer is then said four times to Pales (while facing east), seeking protection and prosperity for the shepherd and his flocks, forgiveness for unintentional transgressions against Pales, and the warding off of wolves and disease. The shepherd then washes his hands with dew. Milk and wine is heated and drunk, and then he leaps through a bonfire (and possibly his flocks as well).

From the Pagan Book of Hours, we have a modern day ritual for the Day of Pales. 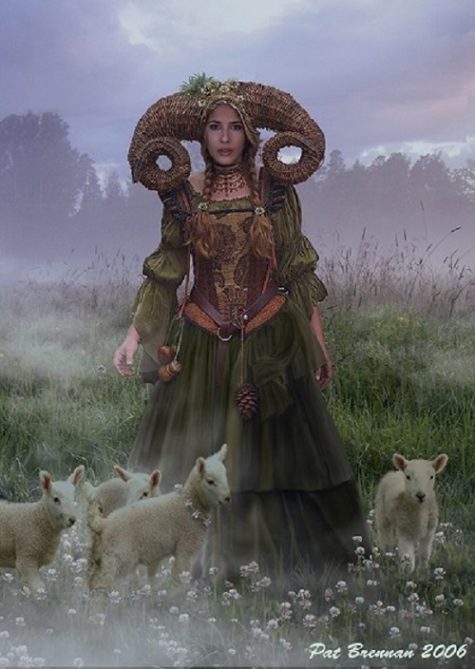 Hail, Keeper of Flocks and Herds,
Ass-headed god/dess, you who are
Both male and female,
Both god and peasant,
Patron of those who must dirty their hands,
Beloved of the working man and woman,
You who do not play favorites,
Trickster who loves a good joke,
Lord of the dry land between the rivers
Where your flocks graze on scrub
And the people’s blood flows like water
In their everlasting feud,
Come to us and show us life
Through your crooked ass eyes!
Hail, Keeper of Flocks and Herds,
Lady/Lord of the crook and sandals,
You show us that roles
Are meant to be transgressed,
That work can be radical,
That being bound to the labor of the Earth
Does not have to make one heavy.
We need your humor, divine ass!
We need your braying laughter to echo
Over the desert and through our hearts,
And to watch you tip the balance of power
Like a child tips an apple cart.

Hail, Keeper of Flocks and Herds!

(After the invocation, go to the barn, or to a local farm. Hoofed livestock should be given treats on this day, in honor of Pales.)

Promote Your Page Too
Bread Crumbs
A trail of bread crumbs in case you lose your way wandering through this site ... Pagan Calendar > Blog Page > April > Festival for the Pales