Published May 1, 2018 | By shirleytwofeathers 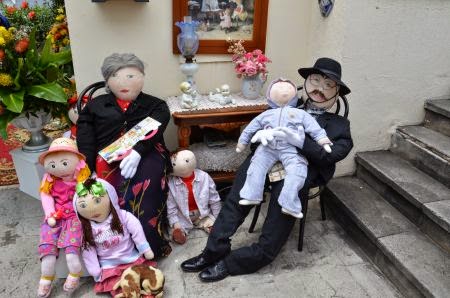 Los Mayos is a festival that takes place on the first Sunday in May in Alhama de Murcia. Although its origin is unknown and much earlier on, the first written references to it date from the 1920s. The festival consists of placing life-sized dolls dressed in old clothes with human features painted on their faces on doorsteps of houses in order to create a scene. They are normally dressed in clothes from old professions, representing everyday situations, or satirising certain modern-day problems.

The big dolls are made from fabric, stuffed with straw and painted with individual faces. They represent real people and they carry messages written on pieces of paper they either hold in their hands or have pinned to their clothes. They are a sort of caricature.

These dolls are placed over night at houses and public places, so the population awakes to a whole new set of ‘people’. The messages are funny, or express a wish or ridicule a certain attitude or quirk of someone. The dolls remain in place all day, are removed at night and displayed again elsewhere the next day.

Later they enter into a competition. But that’s not all. They also have the corremayos, musicians dressed in harlequin costumes who roam the streets all day, singing and making music, entertaining people. 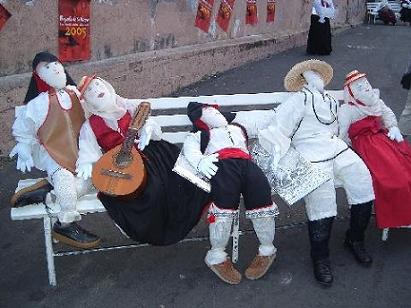 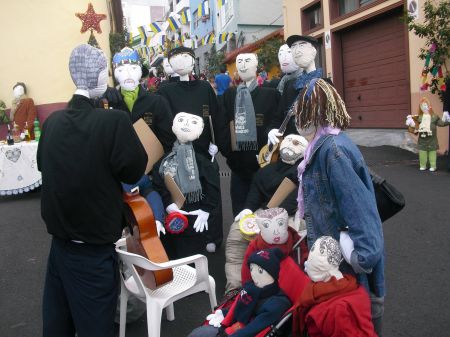 Promote Your Page Too
Bread Crumbs
A trail of bread crumbs in case you lose your way wandering through this site ... Pagan Calendar > Blog Page > May > Los Mayos in Alhama de Murcia