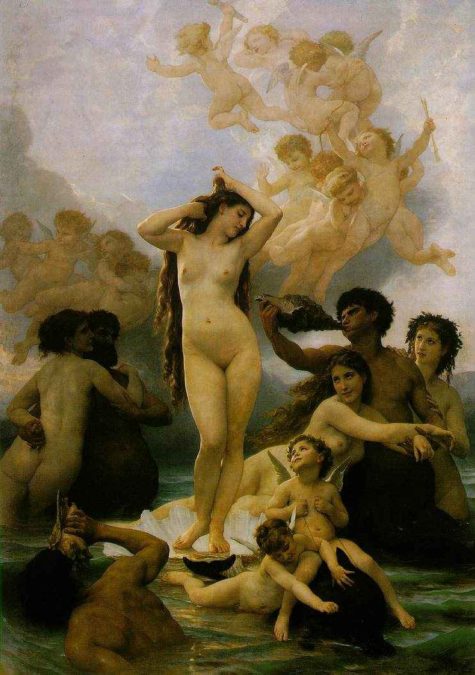 The Veneralia (April 1) was the Ancient Roman festival of Venus Verticordia (“Changer of hearts”), the goddess of love and beauty. The worship of the goddess Fortuna Virilis (“Bold fortune”) was also part of this festival.

In Rome, jewelry was ritually removed  from the statue of the goddess, her image was then taken from her temple to the men’s baths, where it was undressed and washed in warm water by her female attendants, then garlanded with myrtle.

Similarly, women bathed themselves in the public baths wearing wreaths of flowers and myrtle on their heads. It was generally a day for women to seek divine help in their relations with men. Men also asked Venus Verticordia for her help in affairs of the heart, sex, betrothal and marriage.

Here’s a nice ritual for the Day of Venus: 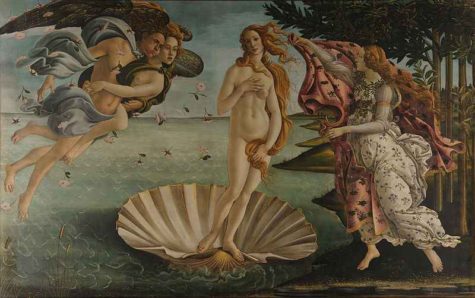 Hail, Lady of the Morning Star!
You who rose form the sea foam,
Born of the impersonal severed phallus of the sky
Immersed in the impersonal womb of the sea,
You who rode to shore on a shell of pearl
And whose powers no one can resist
Save the virgin goddesses,
You who bring the glow of gold
Into the lives of all whom you touch,
Lady, we revere you as the avatar
Of the love between equals
Who look each other in the eye,
The attraction and pursuit
Between every particle in the universe.
Hail, Lady of the Evening Star!
You who rule the night
With its darker passions,
You who tempt the wistful heart,
You whose hands reach out
To all the world and more,
Lady, we revere you as a force of nature
Far greater than merely the human heart,
For you are the force that binds together
All that dances with another of its kind
In the endless dance of creation.

(The wine is passed around, and poured as a libation to Venus. Each takes a flower and wears it in honor of Venus.)

Promote Your Page Too
Bread Crumbs
A trail of bread crumbs in case you lose your way wandering through this site ... Pagan Calendar > Blog Page > April > The Veneralia