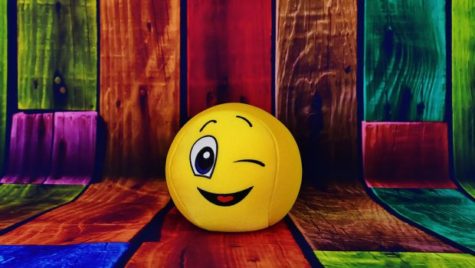 The first of April, some do say,
Is set apart for All Fools’ Day.
But why the people call it so,
Nor I, nor they themselves do know.
But on this day are people sent
On purpose for pure merriment.
— Poor Robin’s Almanac (1790)

The practice of playing tricks on April 1st dates back to 15th century France. Before that time, New Year’s Day was March 25, with a full week of partying and exchanging gifts until April 1. In 1582, the Gregorian calendar moved New Year’s Day to January 1. This was so unpopular that people began sending officials on “fool’s errands” in retaliation. The term “All Fools,” was probably meant as a deliberate stab at All Saints (November 1) and All Souls (November 2) Day.

Another source reports that when the dates changed, many peasants paid surprise visits to their neighbors on April 1 to trick them into thinking it was still the start of the New Year. Gradually the custom spread around the world, and people look forward to this day as an opportunity to play tricks on their friends and colleagues.

“If it thunders on All Fools Day,
It brings good crops of corn and hay.”

“All Fools’ Day” is practiced in many parts of the world with practical jokes, hoaxes, and sending people on a fool’s errand.

In Scotland, April Fools Day lasts 48 hours. Day two is know as Taily Day, and pranks involving the posterior are played. The victim’s practical joke is referred to as “hunting the gowk”; the gowk is an extinct cuckoo bird. When used here it mean foolish person.

In France, victims of the prank is the “poisson d’Avril” or “fish of April.” The fish in April are newly hatched and easily caught. French children enjoy taping a picture of a fish on their friends back and yelling out “Poisson dAvril!” when it is found.

In the United States, pranks are played on just about everybody. Pranks range from the standard “Your shoe is untied”, to some very creative and elaborate ideas. The only “rule” is that no one should be harmed. Corporations, newspapers, and television stations will also play practical jokes on the public on April Fools Day. 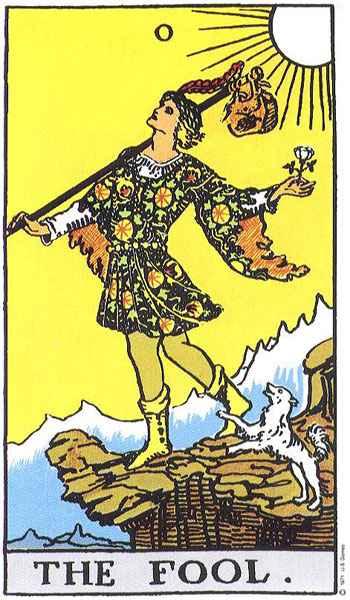 Pranks and fun aside, this is a good day to consider the nature of the Fool and his associations with The Craft.

Fools have long been considered to be blessed by the Gods; indeed it used to be thought lucky to meet one on the way to work. The Fool is the first card in the Tarot where he represents the start of the magical journey and the step into the unknown. He is also still represented in decks of ordinary playing cards by the Joker or Jester.

The Fool is also linked with the Jester in his role of storyteller, or Bard, who traveled around taking news from place to place. Not only that but with connotations of riotous frivolity he is associated with fertility festivals and may appear as the Teaser in midsummer Rites.

His staff or wand with bells relates back to the sticks which were used to beat fertility into the population at the festivals of Pan. Hence he is linked with the trickster Gods Puck and Loki.

To gain a greater understanding of the Fool take this card from a Tarot deck and place one green and one red candle on either side. Light them and focus on the image before you. As you meditate on it, consider the journey of the Fool:

From: The Real Witches’ Year, Encyclopedia of Superstitions, and various other sources.

Promote Your Page Too
Bread Crumbs
A trail of bread crumbs in case you lose your way wandering through this site ... Pagan Calendar > Blog Page > April > All Fool’s Day