May Magick and Lore 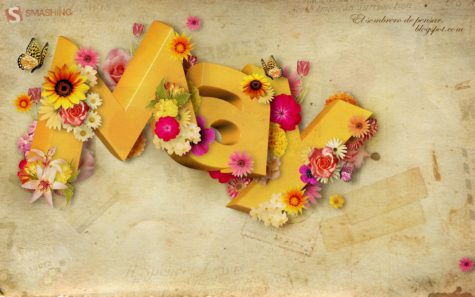 For the purpose of your magical escapades, the theme is definitely blossoming and liveliness. Use as many flower parts as possible in spells and rituals, and go outside frequently to get closer to nature. Energies emphasized by this month include creativity, inventiveness, fertility, health, and metaphysically “spring cleaning” any area of your life or sacred space.

May gets its name from the Roman goddess Maia, who embodies the earth’s renewal during spring. Next to New Year’s Eve, May Day was among the most popular holidays in the old world, marking the time when the sun’s warmth and nature’s fertility began appearing in the land. Later, well over one hundred nations chose to celebrate Labor Day on May 1, giving everyone a much-needed rest from winter’s tasks.

The Greek goddess Maia, the most important of the Seven Sisters (the Pleiades) and said to be the mother of Hermes, gave the name to this month. Some form of this goddess’s name was known to people from Ireland to as far away as India. The Romans called her Maius, goddess of Summer and honored her at the Ambarvalia, a family festival for purification and protection of farm land.

In the Celtic cultures, May was called Mai or Maj, a month of sexual freedom. Green was worn during this month to honor the Earth Mother. May 1 was the Celtic festival of Beltane, a festival celebrating fertility of all things. Cattle were drivien through the Beltane bonfires for purification and fertility. In Wales, Creiddylad was connected with this festival and often called the May Queen. The maypole and its dance is a remnant of these old festivities.

The Sheila Na Gig is still seen carved in the decorations of many Irish churches. This goddess figure is a grotesque, often emaciated, woman shown squatting and holding wide her private parts. Many Irish still know her as the protector of the poor and hang old clothes on hawthorn bushes on May 4th. This is believed to avert poverty. It is possible that the Australian term “Sheila,” used as a name for any woman, refers to this ancient deity and her carvings.

Bona Dea, the Roman Good Goddess, had her festival on the night between may 2nd and 3rd. No men were allowed to attend.

The Roman festival of Lemuria was to placate and remember the Lemures, or the wandering spirits of the dead. Each family performed its own private ceremonies, which ended with taking gifts to the graves. For those who had died and had no graves, the head of the household walked barefoot through the house, casting nine black beans behind him.

The Greeks had a special festival for the god Pan during May. Pan was a wild looking deity, half man, half goat. As a token of his frequent sexual adventures, he was shown with an erect penis. Pan invented the syrinx, or pan-pipes, made out of reeds. Originally, he was not an oppressor of women, but their loving companion.

May 19-28 was the solemn Greek festival called Kallyntaria and Plynteria. This was devoted to the cleaning and freshening of sacred statures and temples. The statues, small enough to be moved, were taken to a nearby river or lake and washed until clean. This was serious business with no singing or merry-making.

At the end of the month was a Roman celebration honoring the Underworld Queen Prosperina and her consort Pluto. Proserpina ruled over the resting place of the shades (souls), but her kingdom was connected with more than death. Pluto was also known as the deity of hidden wealth.

In Finland, May 1 was celebrated as Rowan Witch Day, a time of honoring the goddess Rauni, who was associated with the mountain ash or rowan. Twigs and branches of the rowan were, and still are, used as protection against evil in this part of the world. Some sources list Rauni as a god.

The Slavonic-Russian cultures had a similar, but longer, festival celebrating merriment, rivers, and well-being. This occured between May 25 and June 25. Originally it honored the goddess Lada, who later was changed to the god Lado.

Mugwort was a sacred herb in China and Europe. As part of the celebration on May 5, the Chinese made dolls out of the leaves. They hung these dolls above gates and doors to repel negative influences and entities.

The Incas held Aymoray Quilla or Hatun Cazqui, which was the Great Cultivation.

Posted in May, May Lore | Tagged Beltane, Fertility, Flowers, Folklore

Promote Your Page Too
Bread Crumbs
A trail of bread crumbs in case you lose your way wandering through this site ... Pagan Calendar > Blog Page > May > May Lore > May Magick and Lore