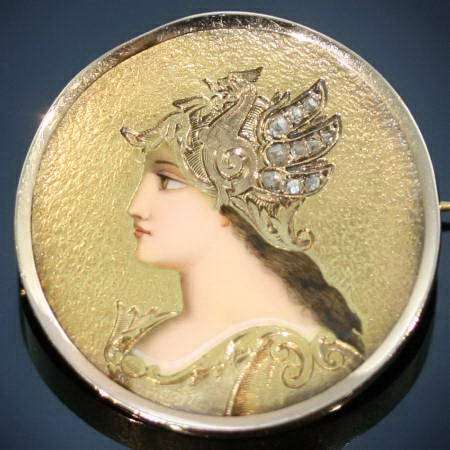 According to many pagan calendars, May 8th is listed as “The Festival of Mens , the Roman goddess of mind and consciousness.” I did not, however, find any information on Mens or on a festival of Mens – what I did find was this small excerpt at Wikipedia:

By a process of folk etymology, the Romans could have confused the phones of her foreign name with those of the root men- in Latin words such as mens meaning “mind”, perhaps because one of her aspects as goddess pertained to the intellectual. The word mens is built from the Proto-Indo-European root *men- ‘mind’ (linked with memory as in Greek Mnemosyne; memory, remembrance, recollection, Manush in Sanskrit meaning mind ).

Because of this, I can only assume that the Festival of Mens is actually a Festival of Minerva, Goddess of wisdom and learning, meditation, inventiveness, accomplishments, the arts, spinning and weaving, and commerce. Minerva was identified with Pallas Athene, bestower of victory, when Pompey the Great built her temple with the proceeds from his eastern campaigns.

The Romans celebrated her festival from March 19 to March 23 during the day which is called, in the neuter plural, Quinquatria, the fifth after the Ides of March, the nineteenth, an artisans’ holiday. A lesser version, the Minusculae Quinquatria, was held on the Ides of June, June 13, by the flute-players, who were particularly useful to religion.

Promote Your Page Too
Bread Crumbs
A trail of bread crumbs in case you lose your way wandering through this site ... Pagan Calendar > Blog Page > May > Festival of Mens