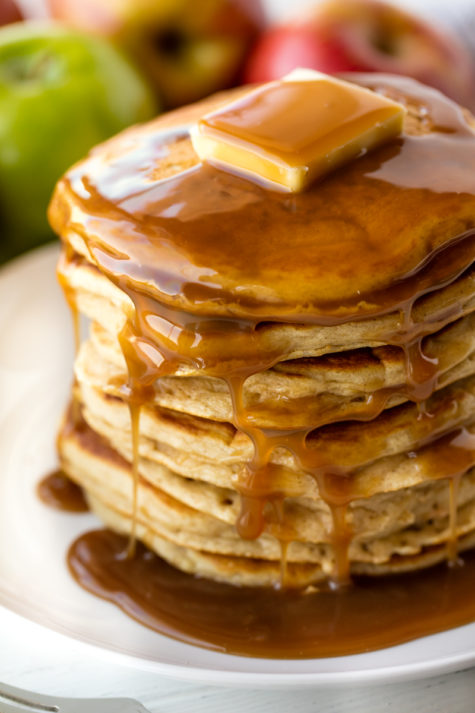 Pancake Tuesday always falls 47 days before Easter Sunday, so the date varies from year to year and falls between February 3 and March 9. In 2019 Pancake Tuesday will fall on March 5th.

During Lent, which begins the next day (Ash Wednesday), rich foods are not eaten; therefore the day before pancakes, donuts and other treats are cooked to use up the ingredients in the house. Pancake Tuesday was the last opportunity to use up eggs and fats before embarking on the Lenten fast and pancakes are the perfect way of using up these ingredients.

Pancakes are eaten with a sprinkling of sugar, and they are served with syrup. The day celebrated by excessive pancake devouring is observed in the United Kingdom, Ireland, Australia, Canada, Denmark, France, Poland, Sweden, and in parts of the United States.

Today just might be the perfect day to take a look at the following posts about pancakes: 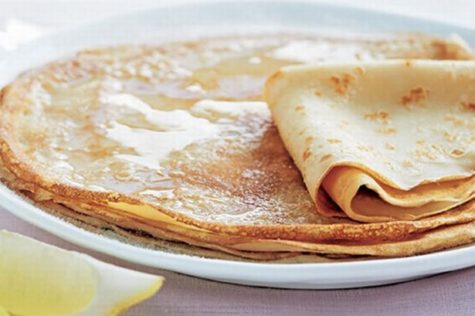 A pancake is a thin, flat cake, made of batter and fried in a frying pan. A traditional English pancake is very thin and is served immediately. Golden syrup or lemon juice and caster sugar are the usual toppings for pancakes.

The pancake has a very long history and featured in cookery books as far back as 1439. The tradition of tossing or flipping them is almost as old: “

And every man and maide doe take their turne,
And tosse their Pancakes up for feare they burne.”

The ingredients for pancakes can be seen to symbolize four points of significance at this time of year:

To make 8 or so pancakes you will need the following: 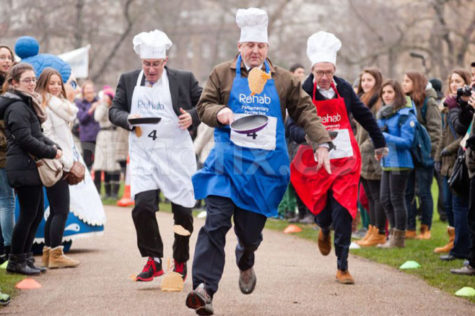 In the UK, pancake races form an important part of the Shrove Tuesday celebrations – an opportunity for large numbers of people, often in fancy dress, to race down streets tossing pancakes. The object of the race is to get to the finishing line first, carrying a frying pan with a cooked pancake in it and flipping the pancake as you run.

The most famous pancake race takes place at Olney in Buckinghamshire. According to tradition, in 1445 a woman of Olney heard the shriving bell while she was making pancakes and ran to the church in her apron, still clutching her frying pan. The Olney pancake race is now world famous. Competitors have to be local housewives and they must wear an apron and a hat or scarf.

Each contestant has a frying pan containing a hot pancake. She must toss it three times during the race. The first woman to complete the course and arrive at the church, serve her pancake to the bellringer and be kissed by him, is the winner.

At Westminster School in London, the annual Pancake Grease is held. A verger from Westminster Abbey leads a procession of boys into the playground where the school cook tosses a huge pancake over a five-metre high bar. The boys then race to grab a portion of the pancake and the one who ends up with the largest piece receives a cash bonus from the Dean.

Promote Your Page Too
Bread Crumbs
A trail of bread crumbs in case you lose your way wandering through this site ... Pagan Calendar > Blog Page > April > It’s Pancake Tuesday!