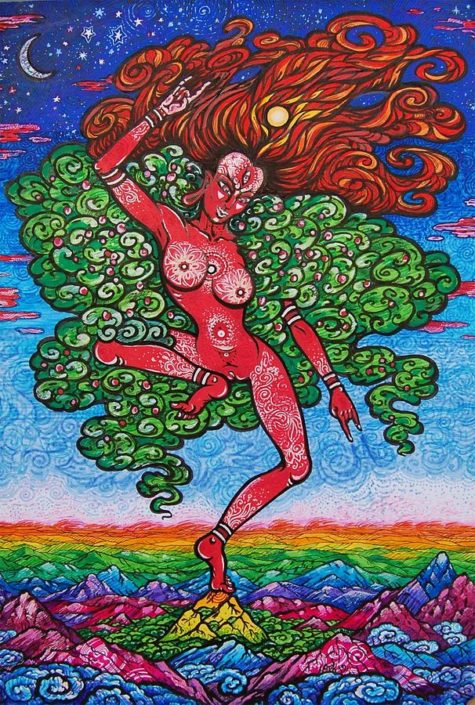 Dakini day, celebrated on the 25th day of each lunar month in Vajrayana Buddhist traditions, celebrates the feminine energy of wisdom. Devoted Buddhists will celebrate with a Tsok (Tsog), a feast including food, singing, a group (or single) sadhana full of sound and celebration. Most Tibetan Buddhist temples and meditation centers try to arrange a monthly Tsog on this day each month, with celebrants bringing food as offerings. It is always a happy day, that invites blessings not only for the attendees, but for all sentient beings.

This is one of the special days during a month, when Vajrayana practitioners perform a ritual of offering and purification of their commitments. It is believed that on this particular day, all the Dakinis gather in special sacred places and their energy is potently vivid and present at that moment.

When we perform practice on those auspicious days, we can connect with this potent energy and thus gain a lot of merit. It allows us to develop our practice and capacities, as well as purify our defilements and mistakes that we have accumulated with time. In this way, Dakini Day becomes very important for Vajrayana practitioners. 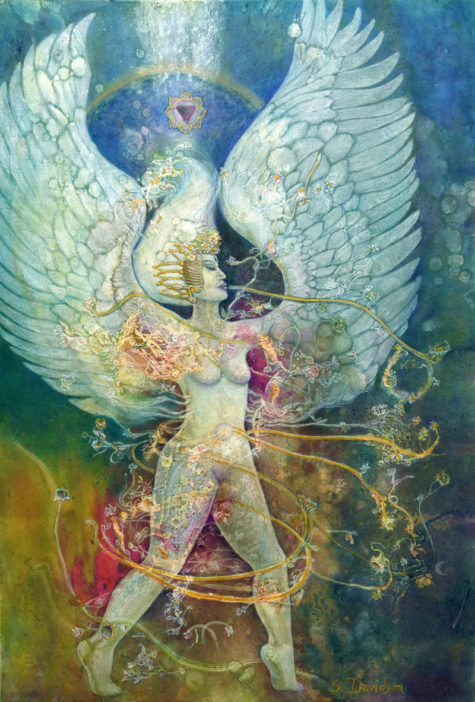 What is a Dakini?

The Dakini is a female being of generally volatile temperament, who acts as a muse for spiritual practice. Dakinis can be likened to elves, angels, or other such supernatural beings, and are symbolically representative of testing one’s awareness and adherence to Buddhist tantric sadhana.

Dakinis are portrayed as elusive, playful and often fierce and naked to symbolically convey how elusive true Wisdom encompassing “Emptiness” can be.

Without contradiction to their role as exemplars of Emptiness, Dakinis can also represent fierce activities, such as protection — the ferocious protective love of a mother.

Khandro Rinpoche defines the authentic Dakini principle as “a very sharp, brilliant wisdom mind that is uncompromising, honest, with a little bit of wrath.”

Dakinis appear in many forms. “The Dakinis are the most important elements of the enlightened feminine in Tibetan Buddhism,” says American teacher Tsultrim Allione. “They are the luminous, subtle, spiritual energy, the key, the gatekeeper, the guardian of the unconditioned state. If we are not willing to invite the Dakini into our life, then we cannot enter these subtle states of mind. Sometimes the Dakinis appear as messengers, sometimes as guides, and sometimes as protectors.”

Dakini are timeless, inorganic, immortal, non-human beings who have co-existed since the very beginning with the Spiritual Energy. In some New Age belief systems, they are angelic. This New Age paradigm differs from that of the Judeo-Christian by not insisting on angels being bona fide servants of God.

Moreover, an angel is the Western equivalent of a Dakini. The behavior of Dakini has always been revelatory and mysterious; they respond to the state of spiritual energy within individuals. Love is their usual domain – one explanation for Dakini or angels supposedly living in the sky or heaven. Manifestations of Dakini in human form occur because they supposedly can assume any form. Most often they appear as a human female. By convention, a male of this type is called a ‘Daka’.

Dakini’s have always been a part of Buddhism, starting with the Jataka’s (stories of Buddha’s former lives) in which “divine beings are described as travelling through the air. In Sanskrit, such a being is called a Dakini, a term generally translated as “space-goer,” “celestial woman,” or “cloud fairy.”

Dakinis are typically thought of as the emanation of the “Enlightened Mind” understanding Emptiness. Another concept usually tied to Dakini practice is “bliss” — the state of blissful awareness of emptiness.

It is a wonderful experience to have a moment that realizes emptiness, a feeling of joy-bliss rather than “nothingness.” This is why Dakinis are often portrayed as active, dancing, joyful or fierce, naked and unencumbered. 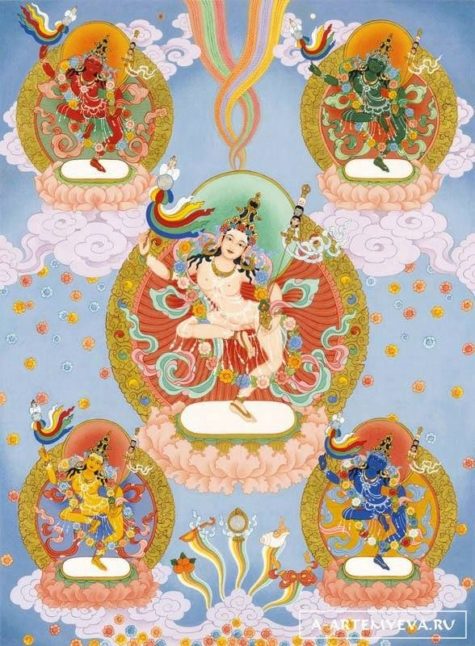 The meaning of Dakini is the female enlightened energy and the awakened state of consciousness. Therefore, chanting this mantra increases and enhances all enlightened feminine energy.

The 5 Dakini also represents each of the 5 Elements:

This mantra is helpful for all female related health issues, transforms negative emotions, unblocks channels, and balance 5 elements. When chanting this mantra on Dakini Day, the power magnifies ten-fold!

After chanting, blow into a glass of water, which infuses the healing vibration into the water, drink, and continue to enjoy its healing properties.

Promote Your Page Too
Bread Crumbs
A trail of bread crumbs in case you lose your way wandering through this site ... Pagan Calendar > Blog Page > April > It’s Dakini Day