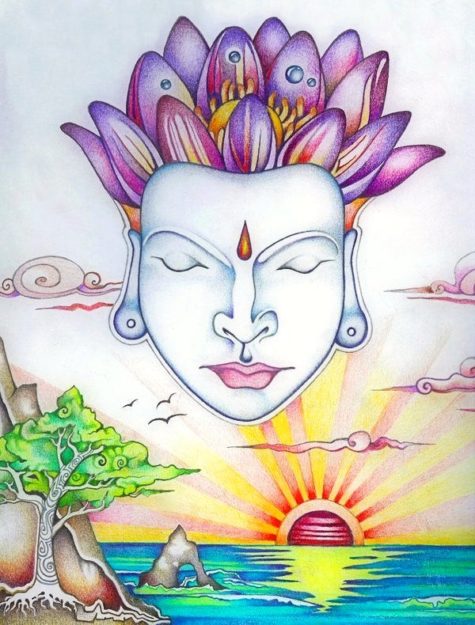 Quan Yin’s Birthday is commonly celebrated on the 19th day of the 2nd lunar month, which in 2018 falls on April 4. The birthday of the Goddess of Mercy is a celebration of the Bodhisattva (“Buddha-to-be”) of infinite compassion and mercy.

One of the deities most frequently seen on altars in China’s temples is Quan Yin. Quan Yin, the Buddhist Heart of Mercy and Queen of Compassion, is no forgotten deity but among the most popular on Earth today. The most beloved of Buddhist deities, he or she is accepted not only by Buddhists but also by Japanese, Chinese, and Koreans.

On her birthday, young men and women come together and burn joss sticks and worship the goddess either in temple halls or court areas. Some devotees also offer oil for the lamp of Guan Yin. This is an offering meant for peace and health. 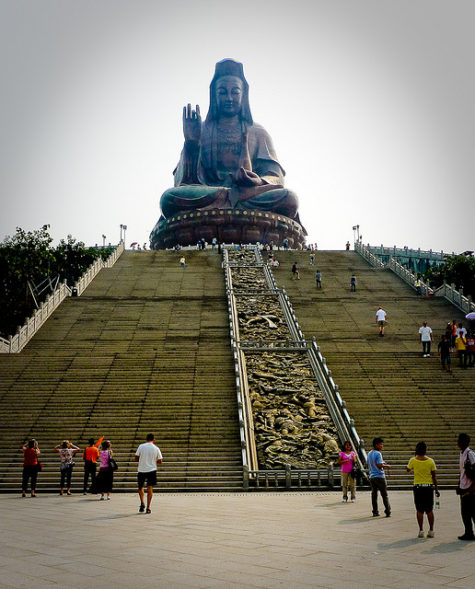 Common dishes served on this day include porridge, fried koey teow and noodles, which stays true to authentic Chinese cuisine. All dishes served at the festivities are typically vegetarian as well.

Quan Yin is the Bodhisattva of Compassion. In Sanskrit, her name is Padma-pâni, or “Born of the Lotus.” Quan Yin, alone among Buddhist gods, is loved rather than feared, and is the model of Chinese beauty.

She is a tireless, ever-vigilant protective guardian. Although her appearance is milder than that of a warrior spirit, she is no less powerful. Kwan Yin achieved nirvana but refused to leave Earth as long as any person still suffers. Kwan Yin vows that if you call her name in times of anguish, she will come and assist you.

There are three different dates celebrated as her birthdays; when she was born, when she achieved enlightenment and when she became a nun. 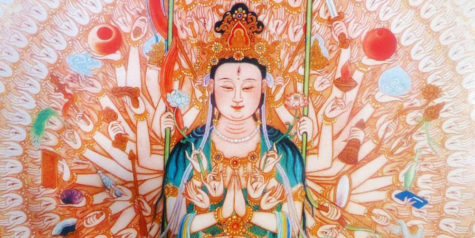 Guan Yin is known as Bodhisattva of the infinite concern in East Asian Buddhism. It is believed that Guan Yin can take different forms to help others. Therefore, she can be represented by either having a female or male body.

Goddess of Mercy was first described in the Lotus Sutra in the 5th century by Gautama Buddha. She was originally born a xian (holy spirit) reincarnated as a Human to help mankind.

It was told that she had the power to assume whatever form, whenever necessary to alleviate suffering, and to convey sympathy and compassion. She became a saint after her death, and was given the name of Guan Yin by her worshipers. It is said that anyone praying to the Goddess of Mercy would be cured of all illnesses.

This deity has been depicted as both masculine and feminine and sometimes as transcending sexual identity (with soft body contours but also a moustache).

The Lotus Sutra, or scripture, says Avalokitesvara (the deity’s Sanskrit name, meaning “the lord who looks in every direction”) is able to assume whatever form is needed to relieve suffering. He/she exemplifies the compassion of the enlightened and is known in Tibet as Spyan-ras gzigs, “with a pitying look.” 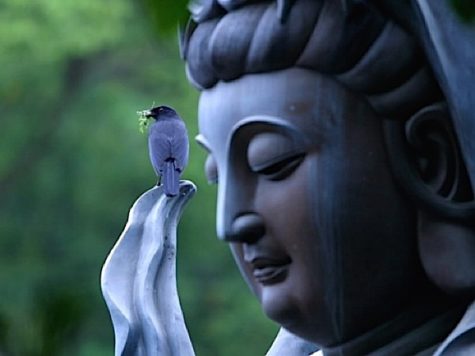 Kuan Yin, the Chinese name, means “regarder of sounds,” or “of the voices of the suffering.” The Japanese word for the deity is pronounced “Kannon.”

Women especially celebrate Kuan Yin. In Malaysia, hundreds of devotees bearing joss sticks, fresh fruit, flowers, and sweet cakes gather twice a year at temples dedicated to Kuan Yin in Kuala Lumpur and Penang to pray for her benevolence. (She is feminine there and in China, Korea, and Japan.)

At the old temple at Jalan Pitt, Penang, puppet shows are staged in celebration of her. In Hong Kong, Kuan Yin is honored on the 19th day of the sixth lunar month at Pak Sha Wan in Hebe Haven.

Promote Your Page Too
Bread Crumbs
A trail of bread crumbs in case you lose your way wandering through this site ... Pagan Calendar > Blog Page > April > Happy Birthday Quan Yin