Festival Of The Boundary Markers 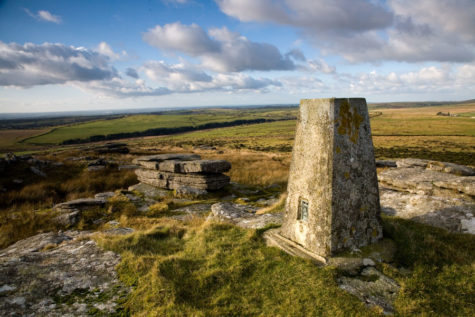 Termini in Roman mythology began as boundary markers between wilderness settings. The termini were rural boundary stones marking property lines between fields and neighbors. There was an annual ceremony each 23rd day of February called the Terminalia when first fruits were offered and libations of oil and honey were poured over the termini to renew the power or forces within the boundary stones between properties. Ovid presents the story as follows

When night has passed, let the god be celebrated
With customary honour, who separates the fields with his sign.

Terminus, whether a stone or a stump buried in the earth,
You have been a god since ancient times.

You are crowned from either side by two landowners,
Who bring two garlands and two cakes in offering.

An altar’s made: here the farmer’s wife herself
Brings coals from the warm hearth on a broken pot.

The old man cuts wood and piles the logs with skill,
And works at setting branches in the solid earth.

Then he nurses the first flames with dry bark,
While a boy stands by and holds the wide basket.

When he’s thrown grain three times into the fire
The little daughter offers the sliced honeycombs.

Others carry wine: part of each is offered to the flames:
The crowd, dressed in white, watch silently.

Terminus, at the boundary, is sprinkled with lamb’s blood,
And doesn’t grumble when a sucking pig is granted him.

Neighbours gather sincerely, and hold a feast,
And sing your praises, sacred Terminus:

‘You set bounds to peoples, cities, great kingdoms:
Without you every field would be disputed…

These rural termini and feast of landmarks had their state counterpart in Terminus. The story told by Ovid about the sacred boundary stone which stood, in the temple of the Capitoline Jupiter, continues:

What happened when the new Capitol was built?
The whole throng of gods yielded to Jupiter and made room:
But as the ancients tell, Terminus remained in the shrine
Where he was found, and shares the temple with great Jupiter.

Even now there’s a small hole in the temple roof,
So he can see nothing above him but stars.

Since then, Terminus, you’ve not been free to wander:
Stay there, in the place where you’ve been put,
And yield not an inch to your neighbour’s prayers … 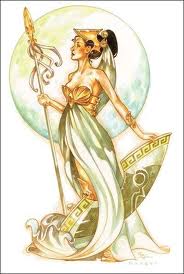 This Etruscan/Italic goddess blended the odd attributes of being a patroness of household tasks, including arts and crafts, and also being the patroness of protection and war. Today she joins in pre-spring festivities by helping people prepare their lands for sowing and embracing the figurative lands of our hearts, homes, and spirits with her positive energy.

In ancient times, this was a day to bless one’s lands and borders. Gifts of corn, honey, and wine were given to the earth and its spirits to keep the property safe and fertile throughout the year. In modern times, this equates to a Minerva-centered house blessing.

Begin by putting on some spiritually uplifting music. Burn geranium-scented incense if possible; otherwise, any pantry spice will do. Take this into every room of your home, always moving clockwise to promote positive growing energy. As you get to each room, repeat this incantation:

Minerva, protect this sacred space
and all who live within.
by your power and my will,
the magic now begins!

Wear a geranium today to commemorate Minerva and welcome her energy into your life.

Promote Your Page Too
Bread Crumbs
A trail of bread crumbs in case you lose your way wandering through this site ... Pagan Calendar > Blog Page > February > Festival Of The Boundary Markers