According to the old Roman calendar – today is a day of bad omens. So, I thought it would be appropriate to post this excerpt from a little book called Signs Omens and Portents in Nebraska Folklore, published in 1933: 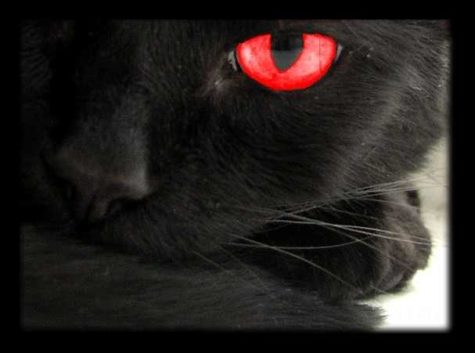 Signs of evil portent are among the most common of surviving folk beliefs in Nebraska. In number and currency they rival the popular omens concerned with weather and marriage and they are regarded with perhaps a greater degree of seriousness than signs of the latter type. Such a mass of superstitions having to do with death and bad luck hints at underlying pessimism in human beings. It suggests a preoccupation with the idea of death and a constant dread of inevitable calamity.

Possibly thoughts of melancholy are not so pervasive as the signs might lead us to believe, and it is reassuring to note that open credulity has almost disappeared. The mere survival of the signs, however, is a poignant reminder of a fear-ridden past, and such modern taboos as those against counting cars in a freight train and turning in a funeral car are evidence that superstitions are still in the making.

There is much confusion in the signs. Those which are regarded as bad luck omens by many people have become portents of death to others. The shift may be the result of a natural tendency to make omens specific rather than to leave them merely general indications of good or ill fortune.

Many of the signs seem to be based on a rather obvious association of ideas. Funerals bring to mind the common fate of man. Almost any incident connected with a burial may be looked upon as a sign of another death or an impending disaster. The hooting of an owl has an ominous sound. It causes a shudder, inspires fear, and becomes linked with thoughts of future afflictions. Although the howling dog may not as in legend see the goddess of death, he wakens with his mournful falsetto thoughts of gloom, and quite naturally may become to the superstitious a messenger of approaching distress.

Other signs indicate the connection between ignorance and fear, the tendency to look with dread upon the unknown, and to find in the unusual cause for anxiety. The most commonplace occurrence may become a menace, if it takes place at an unexpected time. When standards of appropriateness are violated, when the incongruous is noted, suspicion and fear are aroused.

In such signs the psychological basis seems obvious enough. In others the roots of belief are more difficult to suggest. Possibly the Romans are responsible for many omens associated with birds; the belief in the ill luck attendant upon salt-spilling may come from the Jewish and pagan use of salt in sacrificial rites, and the fear inspired by breaking a mirror may be traced to the use of mirrors by magicians in sorcery. But the origin of many of the symbols seems lost to us entirely. Like the events they predict, they are obscure, and they are perhaps more interesting because of the element of mystery which surrounds them.

Dates for the Day of Bad Omens are as follows:

Promote Your Page Too
Bread Crumbs
A trail of bread crumbs in case you lose your way wandering through this site ... Pagan Calendar > Blog Page > July > July Lore > Day of Bad Omens