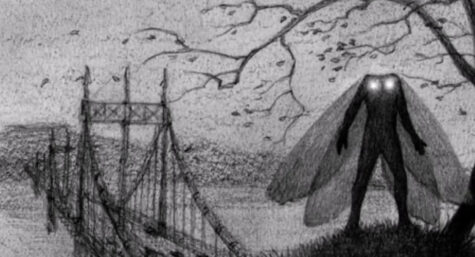 The Mothman Festival is an annual gathering commemorating the visit of the mysterious entity known only as “The Mothman.”

This event is held every third weekend in September that commemorates the 1966 Point Pleasant, West Virginia Mothman sighting, which gave birth to the infamous red-eyed winged legend. People from all over the world gather to celebrate their favorite cryptid during this one of a kind event.

In November 1966, gravediggers working in a cemetery in Clendenin, West Virginia, spotted a strange, man-like figure in the trees above their heads.

A few days later, two young couples from Point Pleasant reported being chased by a large creature with 10-foot wings whose eyes “glowed red” while driving near a former military munitions site outside town.

Sightings of what area newspapers dubbed the “Mothman” continued throughout the next year, oftentimes leaving witnesses with a deep sense of dread. Many locals believed the Mothman lived in a vacant nuclear power plant outside Point Pleasant, perhaps the escaped product of some secret government experiment.

The sightings came to an abrupt halt in December 1967, however, after a horrific tragedy in Point Pleasant. The Silver Bridge—which carried U.S. Route 35 over the Ohio River—collapsed on under the weight of heavy rush hour traffic, killing 46 people. 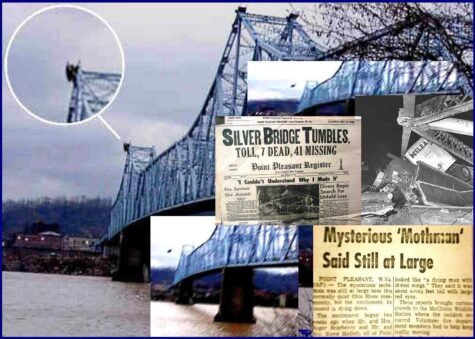 The fact that the collapse was later attributed to a faulty suspension chain didn’t stop the conspiracy theories. In 1975, writer John Keel wrote a book titled The Mothman Prophecies linking the bridge collapse with the Mothman sightings. In it, Keel suggested that the sightings were actually bad omens about the impending bridge collapse.

In 2002 the book was turned into a movie starring Richard Gere and Laura Linney, and the spooky West Virginia legend exploded onto the national stage.

The small town of Point Pleasant fully embraced its most famous resident, welcoming the annual Mothman Festival in 2002, installing a 12-foot metallic statute of the creature in 2003, and opening the Mothman Museum and Research Center in 2005. 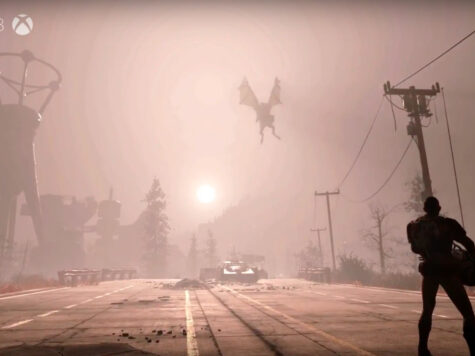 And in the news…

POINT PLEASANT, WV (WCHS/WVAH) — Hunters in Mason County may need to be on the lookout for something other than deer when they hit the woods this week.

The Point Pleasant Mothman is a local legend that over the years has gained worldwide fame.

There hadn’t been any recent sightings of the red-eyed creature recently, but that changed Sunday evening, when a man who says he was driving along State Route 2 saw something jump from tree to tree. He pulled off the road and snapped some pictures.

The man declined an on-camera interview, but was adamant the pictures had not been doctored. He said he recently moved to Point Pleasant for work and didn’t even know about the legend.

In the pictures, the creature appears to have wings with pointed tips and long legs, bent at an awkward angle.

Point Pleasant locals such as Carolin Harris believe the pictures could be real because there have been so many other sighting over the years.

“I definitely know the Mothman is real,” Harris said.

Harris has owned The Mothman Diner in Point Pleasant for 48 years. She also helped start the Mothman Festival. Harris said there have been too many sightings of the Mothman for her not to believe.

“First responders and the sheriff’s department that I talked to definitely made a believer out of me.” Harris said. 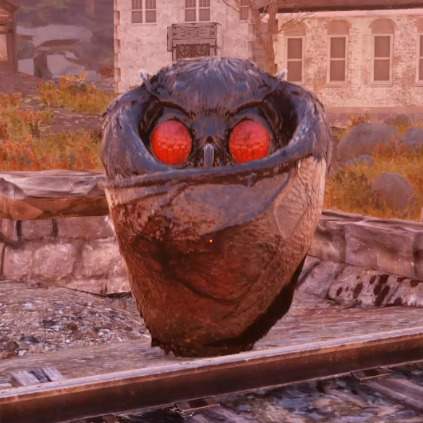 Some believe The Mothman is a bad omen, only appearing when catastrophe is about to strike. There have been many claims the winged, red-eyed creature was seen right before the Point Pleasant Silver Bridge collapsed in 1967.

Harris has met many Mothman believers over the years who visit her diner.

On Monday, Karen and Ralph Smith were patrons at the diner. The couple was traveling from Florida to Pennsylvania, but decided to stop off in Point Pleasant to visit the Mothman Museum.

Karen Smith said she hopes she can add herself into the “believer” category.

“You have eyewitnesses. It does have the potential to be real, and I want to believe,” Smith said.

The Smiths said the Mothman pictures look real to them. So Eyewitness News asked Jeff Wamsley, the local Mothman expert and owner of the Mothman Museum.

Wamsley said with modern technology, it’s almost impossible to know for sure if the pictures are real.

Whether the pictures are real or not, the benefits the legend of the Mothman brings to the town of Point Pleasant are very real.

“It’s a good thing. It brings lots of people to the area. He’s here to stay,” Harris said. 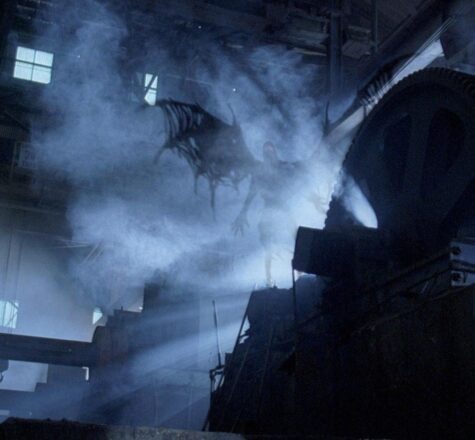 On November 15, 1966, two young couples from Point Pleasant, Roger and Linda Scarberry and Steve and Mary Mallette, told police they saw a large grey creature whose eyes “glowed red” when the car’s headlights picked it up. They described it as a “large flying man with ten-foot wings”, following their car while they were driving in an area outside of town known as “the TNT area”, the site of a former World War II munitions plant.

During the next few days, other people reported similar sightings. Two volunteer firemen who saw it said it was a “large bird with red eyes”. Mason County Sheriff George Johnson commented that he believed the sightings were due to an unusually large heron he termed a “shitepoke”.

Contractor Newell Partridge told Johnson that when he aimed a flashlight at a creature in a nearby field its eyes glowed “like bicycle reflectors”, and blamed buzzing noises from his television set and the disappearance of his German Shepherd dog on the creature. 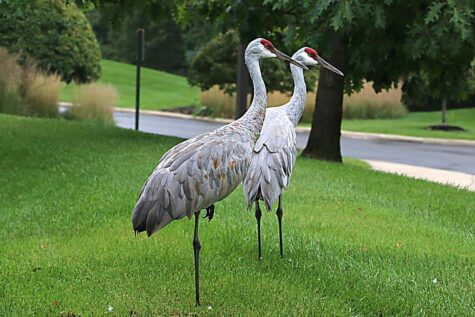 Wildlife biologist Robert L. Smith at West Virginia University told reporters that descriptions and sightings all fit the sandhill crane, a large American crane almost as high as a man with a seven-foot wingspan featuring circles of reddish coloring around the eyes. The bird may have wandered out of its migration route, and therefore was unrecognized at first because it was not native to this region.

Folklorist Jan Harold Brunvand notes that Mothman has been widely covered in the popular press, some claiming sightings connected with UFOs, and others claiming that a military storage site was Mothman’s “home”.

Brunvand notes that recountings of the 1966–67 Mothman reports usually state that at least 100 people saw Mothman with many more “afraid to report their sightings” but observed that written sources for such stories consisted of children’s books or sensationalized or undocumented accounts that fail to quote identifiable persons.

Brunvand found elements in common among many Mothman reports and much older folk tales, suggesting that something real may have triggered the scares and became woven with existing folklore. He also records anecdotal tales of Mothman supposedly attacking the roofs of parked cars occupied by teenagers.

Conversely, Joe Nickell says that a number of hoaxes followed the publicity generated by the original reports, such as a group of construction workers who tied flashlights to helium balloons. Nickell attributes the Mothman stories to sightings of barn owls, suggesting that the Mothman’s “glowing eyes” were actually red-eye effect caused from the reflection of light from flashlights or other bright light sources.

Benjamin Radford points out that the only report of glowing “red eyes,” was secondhand, that of Shirley Hensley quoting her father.

According to University of Chicago psychologist David A. Gallo, 55 sightings of Mothman in Chicago during 2017 published on the website of self-described Fortean researcher Lon Strickler are “a selective sample”. Gallo explains that “he’s not sampling random people and asking if they saw the Mothman – he’s just counting the number of people that voluntarily came forward to report a sighting.” According to Gallo, “people more likely to visit a paranormal-centric website like Strickler’s might also be more inclined to believe in, and therefore witness the existence of, a ‘Mothman’.”

Some pseudoscience adherents (such as ufologists, paranormal authors, and cryptozoologists) claim that Mothman was an alien, a supernatural manifestation, or a previously unknown species of animal. In his 1975 book The Mothman Prophecies, author John Keel claimed that the Point Pleasant residents experienced precognitions including premonitions of the collapse of the Silver Bridge, unidentified flying object sightings, visits from inhuman or threatening men in black, and other phenomena. 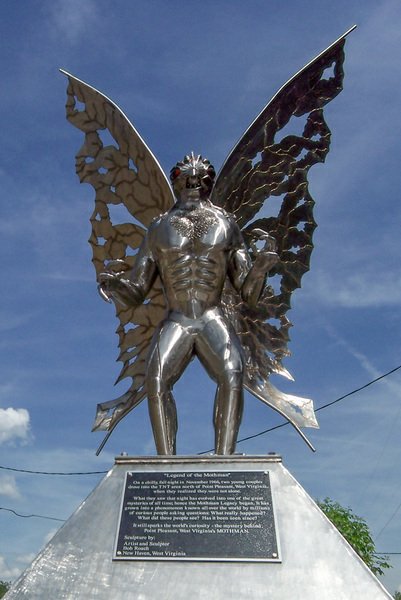 According to the event organizer Jeff Wamsley, the average attendance for the Mothman is an estimated 10–12 thousand people per year. A 12-foot-tall metallic statue of the creature, created by artist and sculptor Bob Roach, was unveiled in 2003. The Mothman Museum and Research Center opened in 2005.

The festival is held on the third weekend of every September, hosting guest speakers, vendor exhibits, pancake-eating contests, and hayride tours of locally notable areas.

In June of 2020, a petition was started to replace all Confederate statues in the United States with statues of Mothman. As of July 2020, the petition has garnered over 2,000 signatures.

Promote Your Page Too
Bread Crumbs
A trail of bread crumbs in case you lose your way wandering through this site ... Pagan Calendar > Blog Page > September > The Mothman Festival