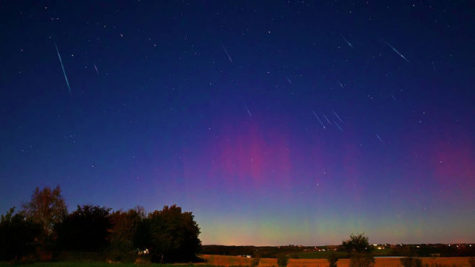 The Draconids is a minor meteor shower producing only about 10 meteors per hour. It is produced by dust grains left behind by comet 21P Giacobini-Zinner, which was first discovered in 1900. The Draconids is an unusual shower in that the best viewing is in the early evening instead of early morning like most other showers. The shower runs annually from October 6-10. Best viewing will be in the early evening from a dark location far away from city lights. Meteors will radiate from the constellation Draco, but can appear anywhere in the sky.