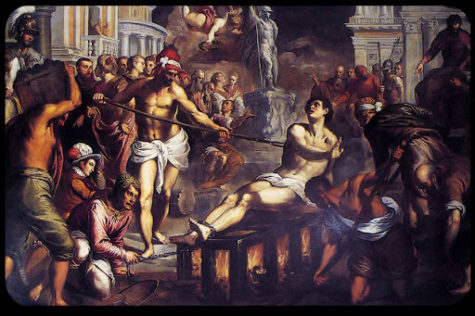 When told by Roman officials to surrender the church’s valuables, St. Lawrence brought the city’s poor and sick. “Here is the church’s treasure,” he said. Rome didn’t find this amusing, and legend says he was put to death in A.D. 258 by being roasted on a grate, although some scholars say he was more likely beheaded. In either case, folks in southern Europe still mark this day.

In the book 365 Goddess, she has some different ideas about how to celebrate St Lawrence day. They are as follows: 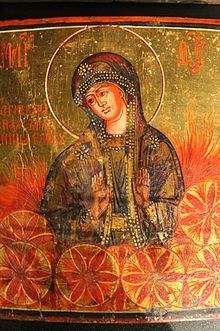 About Fiery Mary: In Slavic mythology, Ognyena Maria is the “Fiery Mary,” a fire goddess/saint who assists and counsels the thunder God Piorun. Not much is known about her other than this divinity also appears with southern slavs, and is usually considered to be the sister of the thunder god/saint..

In an odd turn of events, the same saint who was roasted alive because of his wit became the patron saint of the kitchen and cookery in Spain and Italy. In keeping with this theme, prepare grilled or roasted food today, invoking Fiery Mary simply by lighting the flames!

If weather permits, have a fire festival in your yard over the barbecue or hibachi, and bless your cooking utensils by placing them momentarily in the flames. As you do, add an incantation like this one:

By the forge, by the fire,
Fiery Mary build the power higher.

Within these tools let there be
an abundance of fertility!

Use these tools outside or in your kitchen whenever you need extra productivity. Should the weather not cooperate, this spell works perfectly on a gas stove, which gives off a flame in which Fiery Mary can dwell.

Finally, wear red or orange hues today (the colors of fire), and remember to light a candle to honor this goddess. Consider dabbing on some fiery aromas too, like mint, orange, or ginger, for a little extra energy and affection.

Promote Your Page Too
Bread Crumbs
A trail of bread crumbs in case you lose your way wandering through this site ... Pagan Calendar > Blog Page > August > Celebrating Saint Lawrence Day