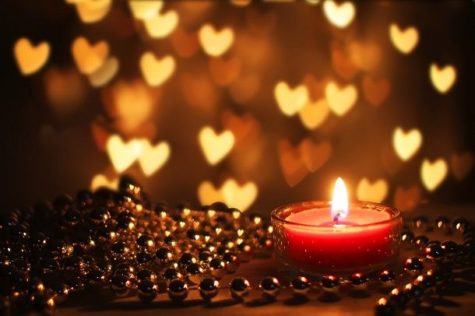 This is a feast celebrated on the night of 29th/30th November. It’s believed to be a magical night suitable for the love spells, and was celebrated throughout the centuries mostly by the unmarried people who wanted to reveal their future husband or wife.

Similar feasts are also observed for example in some parts of Ukraine, Slovakia, Russia, Germany, Austria and Romania.

A Bit of History

The original name of these celebrations was lost in history. The oldest historical sources confirm that this kind of custom was an old tradition in Poland already around 14th-15th centuries. Information about Polish women who were sentenced to death for conducting wax divinations (described below) can be found in 16th-century documents.

Nowadays the Poles celebrate primarily the Andrzejki (St.Andrew’s Eve), but some remnants of a similar feast of Katarzynki also survived – it was celebrated on the Eve of St. Catherine / Katarzyna (24th/25th Nov), and survived the longest in the region of Biskupin.

It is said that Andrzejki was dedicated primarily to the girls who wanted to know more about their future partner, and Katarzynki was the best for the boys to make divinations.

The most popular form of divination in Poland is pouring hot wax onto cold water. The wax is first melted over fire in a small mug, and then poured through a keyhole. People wait until it hardens properly in the cold water, then the pieces of wax are held against a candle to produce shadow on a wall. Its shapes symbolize things that will happen in the upcoming year. 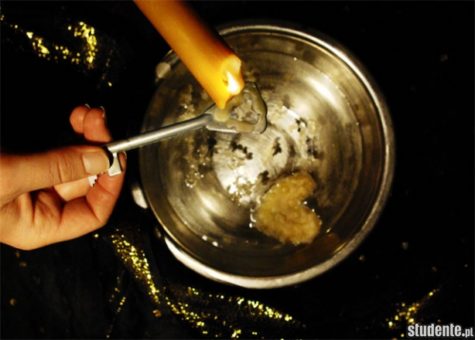 Instead of a key, in the old days people were using for example woven straw or a horseshoe. People who find it impossible to get a proper key sometimes cut a shape of a key out of hard cardboard. In the past many people used melted lead instead of the wax for the divination.

Other popular divinations include a race of shoes. People gathered in the room take off one of their shoes and everyone places them in one line on the floor. The last shoe in the line is carried to the front – the process is repeated until one of the shoes reaches the front door and crosses the theshold.

Originally it symbolized a girl leaving her home, and owner of the lucky shoe who ‘went out’ (crossed the treshold) first was believed to become the first from the group to get married in the future. 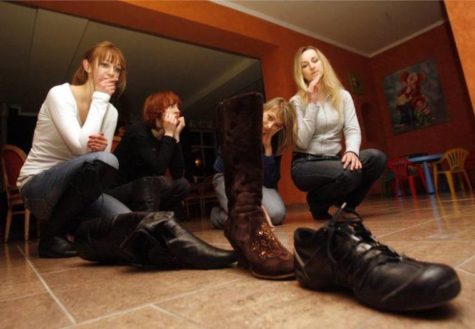 The shoe race can be sometimes manipulated by tilting of the line.

Some old divinations also involve the house pets – cats or dogs. Each person prepares a small bowl with treats – for example milk for a cat or pieces of meat for a dog – and then places it on the floor. Owner of the bowl from which the pet eats first was believed to become the first to get married or find their true love (it depended on the intentions of the divination).

In the old days the treats were prepared very carefully – they were for example small cakes made of certain ingredients, mixed with water that was gathered in a certain way from a well or a brook (brought home for example only in a red mug or only in your own mouth), and baked over fire that was ignited with a wood plank borrowed (or stolen) from a neighbor. 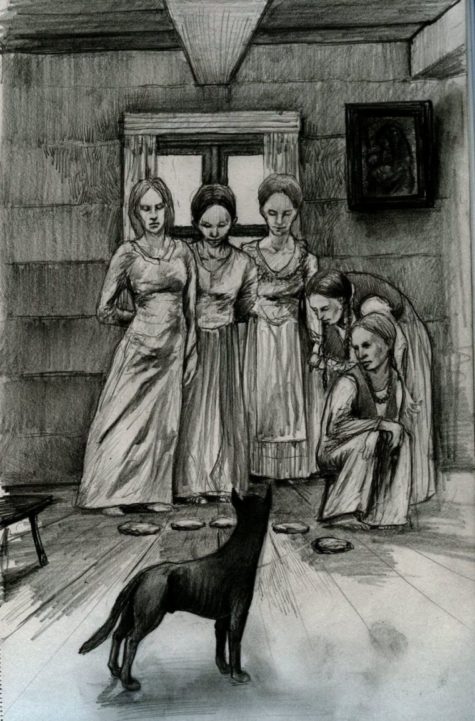 If the pet runs away out of the room with the treat, it was also a good sign meaning a marriage (symbolic crossing of the threshold). However, if the animal hides under a bed with the treat, it meant death of the food’s owner. If the food is only bitten and left in the bowl or close to it, it meant that the partner would break up.

Other popular divination rituals require preparing of pieces of paper with names of the crushes written on it. In one of the versions the paper (preferably in a shape of a heart) is then turned around and pierced with a pin to reveal which of the names is the future spouse. The paper can be also pinned to a wall and serve as a dartboard.

In another version, much older, the people prepare small strips of paper, in a form of lots, and put them under the pillow – they draw one in the morning right after waking up. 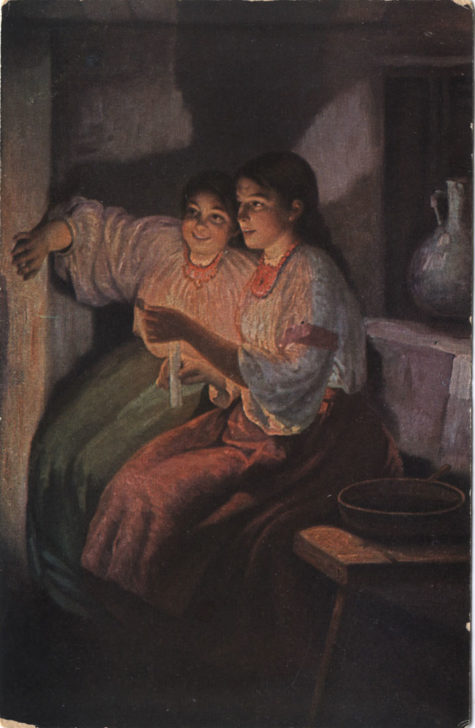 Regardless of the version, the papers should always have at least one empty spot / one empty lot in case neither of the chosen names is the destined one.

Before another popular game of divination the people prepare mugs, flipped upside-down, and hide a symbolic accessory under each of them. The mugs are shifted around, and a person (with their eyes covered) chooses one. The hidden accessory indicates the future. It could be for example a ring or a female cap meaning marriage; a twig of rue or a dry leaf meaning spinsterhood / bachelorhood; a rosary, its beads, or a cross meaning a religious life or even life in a monastery; a coin meaning a wealthy life (but not necessarily full of love); a doll meaning an illegitimate child. One mug should be always empty – it means that nothing will change in the nearest future.

Marriage divination has dozens of regional types in Poland, and often take forms of various games or competitions. Many customs are sadly forgotten or not practiced anymore, only being told in stories by the oldest generations.

In the modern days the people treat Andrzejki as a special night that strengthens and ensures effectiveness of various divinations – many of modern activities come also in forms that are known worldwide, for example reading cards or tea leaves. Among most of the modern Polish society the divinations are no longer taken seriously, and are only an occasion for a unique once-in-a-year party, very often combined with celebrations of Andrzej’s namesday.

Promote Your Page Too
Bread Crumbs
A trail of bread crumbs in case you lose your way wandering through this site ... Pagan Calendar > Blog Page > November > Andrzejki: Feast of Love Divinations