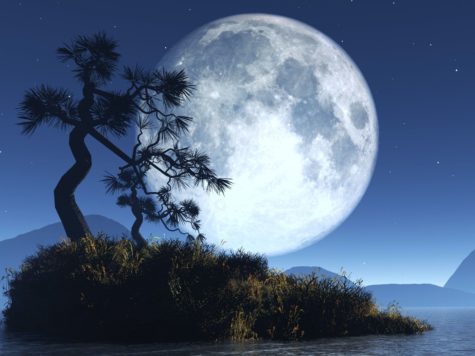 The Mid-Autumn Festival, also known as the Moon Festival, is a popular East Asian celebration of abundance and togetherness, dating back over 3,000 years to China’s Zhou Dynasty. In Malaysia and Singapore, it is also sometimes referred to as the Lantern Festival or “Mooncake Festival.”

The Mid-Autumn Festival falls on the 15th day of the 8th lunar month of the Chinese calendar (usually around mid- or late-September in the Gregorian calendar), a date that parallels the Autumn Equinox of the solar calendar.  The moon festival is celebrated on the full moon closest to the Autumn Equinox, which sometimes falls in October. This is the ideal time, when the moon is at its fullest and brightest, to celebrate the abundance of the summer’s harvest. The traditional food of this festival is the mooncake, of which there are many different varieties.

The Moon Festival is also a romantic one. A perfect night for the festival is if it is a quiet night without a silk of cloud and with a little mild breeze from the sea. Lovers spend such a romatic night together tasting the delicious moon cake with some wine while watching the full moon. Even for a couple who can’t be together, they can still enjoy the night by watching the moon at the same time so it seems that they are together at that hour. A great number of poetry has been devoted to this romantic festival. Hope the Moon Festival will bring you happiness.

Farmers celebrate the end of the summer harvesting season on this date. Traditionally, on this day, Chinese family members and friends will gather to admire the bright mid-autumn harvest moon, and eat moon cakes and pomeloes together. Accompanying the celebration, there are additional cultural or regional customs, such as:

Stories behind the festival can be found at Widdershins:

In late Yuan Dynasty (1271 – 1368 AD), people in many parts of the country could not bear the cruel rule of the government and rose in revolt. Zhu Yuanzhang, founder of Ming Dynasty (1368 – 1644 AD), united the different resistance forces and wanted to organize an uprising. However, due to the narrow search by government, it was very difficult to pass messages.

The counselor Liu Bowen later though out the great idea of hiding notes with “uprise on the night of August 15th” in moon cakes and had them sent to different resistance forces. The uprising turned to be very successful and Zhu was so happy that he awarded his subjects with moon cakes on the following Mid-Autumn Festival. Since then, eating moon cakes has been a custom on Mid-Autumn Festival.

Promote Your Page Too
Bread Crumbs
A trail of bread crumbs in case you lose your way wandering through this site ... Pagan Calendar > Blog Page > Asian Celebrations > The Chinese Moon Festival