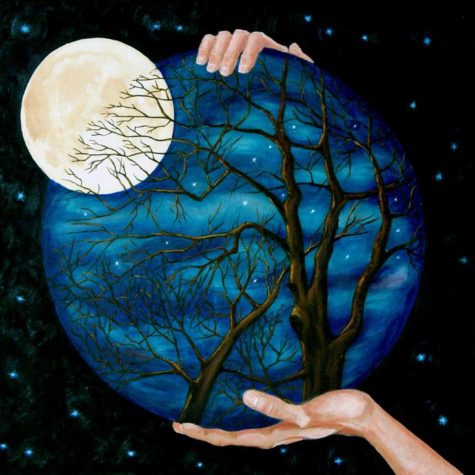 If look carefully at the moon in clear nights, one can see a black shadow on it. Here is an explanation from a Chinese fairy tale.

Long time ago, there was a man from Xihe of Han Dynasty (202 BC – 220 AD) named Wu Gang. He once followed the immortals to cultivate himself and became an immortal too. However, when in the heaven, he made a mistake and was banished to the moon to chop the laurel tree. This laurel tree growing in front of the Moon Palace was very flourishing and tall. Each time Wu Gang chopped it, it grew back right. This happened again and again and the tree was never cut down. The endless hard job was a punishment for Wu Gang.

Promote Your Page Too
Bread Crumbs
A trail of bread crumbs, just in case you get lost in the widdershins ... Widdershins > Blog Page > Myths and Legends > Wu Gang Chopping Laurel Tree