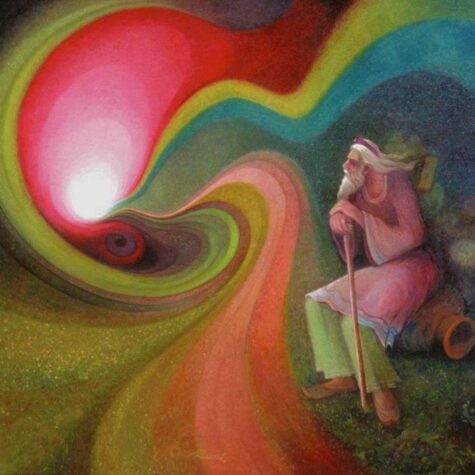 Where there is a road an old man walks thinking, bent under the weight of his soul clinging like a child to his back. Ra spits his words into the dirt where they cover themselves and wait like seeds. The wheat will rise up singing.

The old man walks in circles beneath the circling sun. He makes a journey for himself from mewling infant to old man, old man to renewed God.

The snakes comes to take his heart, finding there the sun.

By the Light of the Silvery Moon 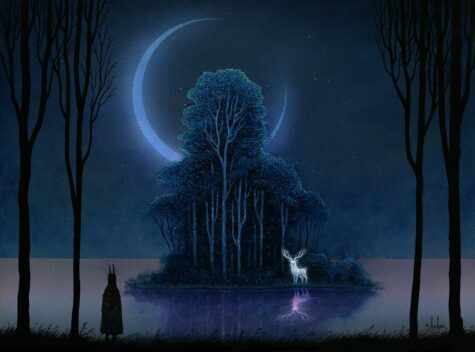 Moon,
worn thin
to the width of a quill,
In the dawn
clouds flying,
How good to go,
light into light,
and still
Giving light,
dying. 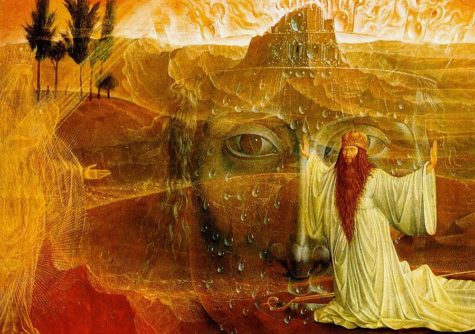 “We would ask now of Death.”

“You would know the secret of death.
But how shall you find it unless you seek it in the heart of life?
The owl whose night-bound eyes are blind unto the day
cannot unveil the mystery of light.
If you would indeed behold the spirit of death,
open your heart wide unto the body of life.
For life and death are one,
even as the river and the sea are one.
In the depth of your hopes and desires
lies your silent knowledge of the beyond;
And like seeds dreaming beneath the snow
your heart dreams of spring.
Trust the dreams,
for in them is hidden the gate to eternity.
Your fear of death is but the trembling of the shepherd
when he stands before the king
whose hand is to be laid upon him in honour.
Is the shepherd not joyful beneath his trembling,
that he shall wear the mark of the king?
Yet is he not more mindful of his trembling?
For what is it to die but to stand naked in the wind
and to melt into the sun?
And what is to cease breathing,
but to free the breath from its restless tides,
that it may rise and expand and seek God unencumbered?
Only when you drink from the river of silence shall you indeed sing.
And when you have reached the mountain top,
then you shall begin to climb.
And when the earth shall claim your limbs,
then shall you truly dance.”

– From The Prophet, by Khalil Gibran

The Cycle of Nature 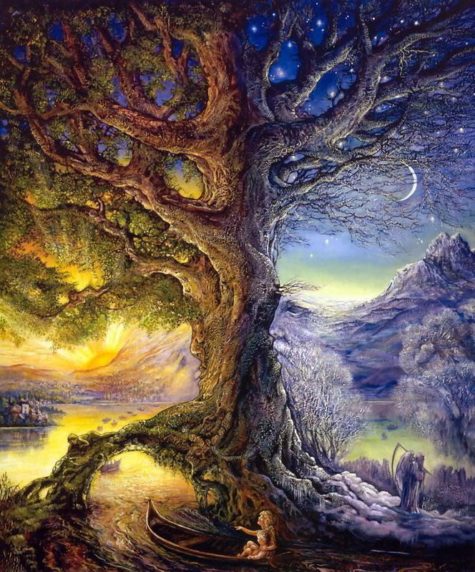 “In the cycle of nature there is no such thing as victory or defeat: there is only movement. The winter struggles to reign supreme, but, in the end, is obliged to accept spring’s victory, which brings with it flowers and happiness. The summer would like to make its warm days last for ever, because it believes that warmth is good for the earth, but, finally, it has to accept the arrival of autumn, which will allow the earth to rest. The gazelle eats the grass and is devoured by the lion. It isn’t a matter of who is the strongest, but God’s way of showing us the cycle of death and resurrection.

And within that cycle there are neither winners nor losers, there are only stages that must be gone through. When the human heart understands this, it is free, able to accept difficult times and not be deceived by moments of glory. Both will pass. One will succeed the other. And the cycle will continue until we liberate ourselves from the flesh and find the Divine Energy.

Therefore, when the fighter is in the ring – whether by his own choice or because unfathomable destiny has placed him there – may his spirit be filled with joy at the prospect of the fight ahead. If he holds on to his dignity and his honor then, even if he loses the fight, he will never be defeated, because his soul will remain intact. And he will blame no one for what is happening to him. Ever since he fell in love for th first time and was rejected, he has known that this did not put “paid” to his ability to love. What is true in love is also true in war.”

May Your Light Shine 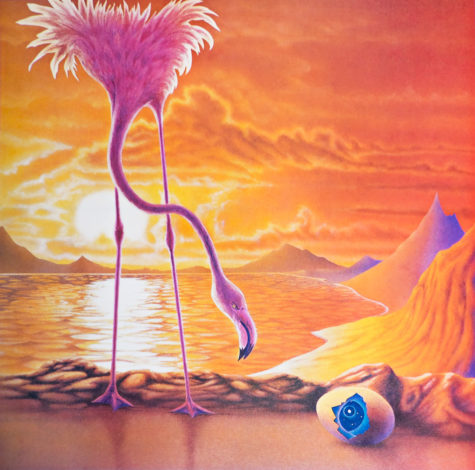 My God, I love you as a mother loves the unborn whom she carries in her heart. Grow in the egg of the East, nourish yourself from my love, drink the juice of my life so that you will become a radiant God. We need your light. Oh child. Since we go into darkness, light up our paths. May your light shine before us, may your fire warm the coldness of our life. We do not need your power but life.

I Am Ready To See 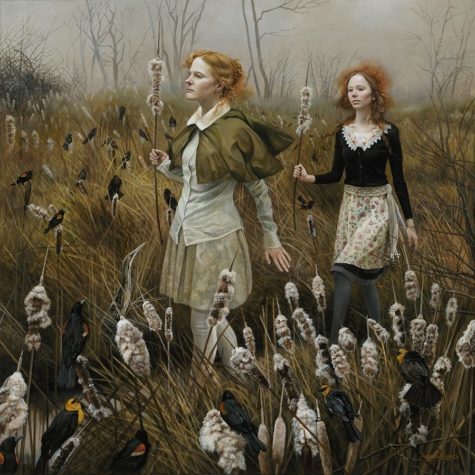 Forgive me, O Gracious One; for I have been closing my ears and eyes for too long. I have learned that miracles are only called miracles because they are often witnessed by only those who can can see through all of life’s illusions.

I am ready to see what really exists on other side, what exists behind the blinds, and taste all the ugly fruit instead of all that looks right, plump and ripe.

And the rain fell…

“It was night, and the rain fell; and, falling, it was rain, but, having fallen, it was blood. And I stood in the morass among the tall lilies, and the rain fell upon my head — and the lilies sighed one unto the other in the solemnity of their desolation.”

The Cold So Intense 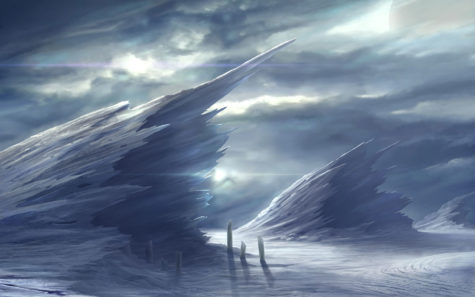 “Antisthenes says that in a certain faraway land the cold is so intense that words freeze as soon as they are uttered,
and after some time then thaw and become audible, so that words spoken in winter go unheard until the next summer.”
– Plutarch, Moralia

Where does the snow come from? 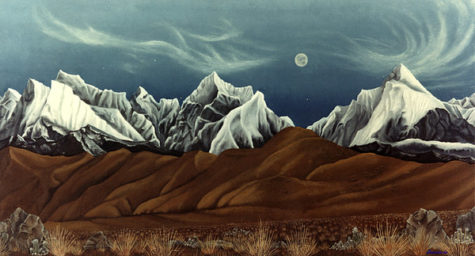 Francisco Manoel: And where does the snow come from?

Euclides: You’ll see it out there! There’s always snow on the moon! That’s why it’s always white! White and cold. You have to look very carefully.

Francisco Manoel: And why is that?

Euclides: It’s because the moon.. takes the water out of the ocean. And when night falls… the tips of the mountains attract the snowflakes. But only as much as the salt we have in our tears.

Francisco Manoel: And here on earth?

Euclides: It’s very far away – you must keep going west. Four years on horseback… and ten on foot. And after that, there are high mountains. They rise higher and higher – right over the clouds. And then above the clouds, then you find the snow. It only falls in the night-time. Just like feathers. But it only falls… from above the clouds. And then the whole world turns light as a feather – and snow white! Even the lions turn white… and the eagles… the rabbits get a snowy coat… and all the animals in the world turn white! And when you’re walking through the snow… your feet don’t weigh anything at all. And the little snowflakes go flying up in the air… just like feathers.

They Ever Fly By Twilight 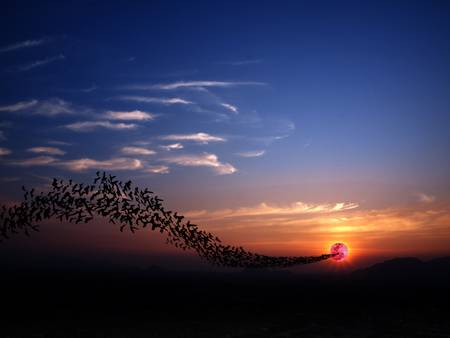 “Suspicions amongst thoughts are like bats amongst birds,
they ever fly by twilight”