Words of Power For The Dead 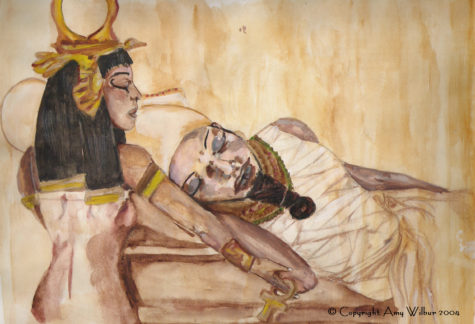 In the Theban Recension of the Book of the Dead is found a Chapter which was composed for the purpose of bestowing upon the deceased some of the magical power of the goddess Isis. The Chapter was intended to be recited over an amulet called thet, made of carnelian, which had to be steeped in water of ankhami flowers, and set in a sycamore plinth, and if this were laid on the neck of a dead person it would place him under the protection of the words of power of Isis, and he would be able to go wheresoever he pleased in the Underworld.

The words of the Chapter were:

“Let the blood of Isis, and the magical powers (or spirits) of Isis, and the words of power of Isis, be mighty to protect and keep safely this great god (i.e., the deceased), and to guard him from him that would do unto him anything which he abominateth.”

Isis and Words of Power:

From a number of passages in the texts of various periods we learn that Isis possessed great skill in the working of magic, and several examples of the manner in which she employed it are well known.

Thus when she wished to make Ra reveal to her his greatest and most secret name, she made a venomous reptile out of dust mixed with the spittle of the god, and by uttering over it certain words of power she made it to bite Ra as he passed. When she had succeeded in obtaining from the god his most hidden name, which he only revealed because he was on the point of death, she uttered words which had the effect of driving the poison out of his limbs, and Ra recovered.

Now Isis not only used the words of power, but she also had knowledge of the way in which to pronounce them so that the beings or things to which they were addressed would be compelled to listen to them and, having listened, would be obliged to fulfill her bequests. The Egyptians believed that if the best effect was to be produced by words of power they must be uttered in a certain tone of voice, and at a certain rate, and at a certain time of the day or night, with appropriate gestures or ceremonies.

In the Hymn to Osiris it is said that Isis was well skilled in the use of words of power, and it was by means of these that she restored her husband to life, and obtained from him an heir. It is not known what the words were which she uttered on this occasion, but she appears to have obtained them from Thoth, the “lord of divine words,” and it was to him that she appealed for help to restore Horus to life after he had been stung to death by a scorpion.

Litany For The Dead

From The Papyrus of Ani

, we have this Egyptian litany for the dead: 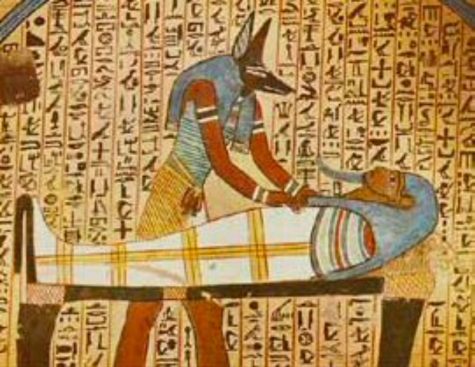 Homage to you, stars in Heliopolis, men and women in Kher-aha, god of existence, more glorious than the hidden gods in Heliopolis.

Homage to you, o moon-god Iwen in Iwen-des, great god, Harmachis travelling with long strides over heaven, he is Harmachis.

Homage to you, who is the soul of eternity, the soul in Busiris, Wen-nefer son of Nut, he is lord of the necropolis of Heliopolis.

Homage to you, in your kingdom of Busiris, the double crown remains on your head; you alone perform his protection; you rest in Busiris.

Homage to you, lord of the sycamore, placing the boat of Seker on its sledge, warding off demons who do evil, placing the Eye of Ra to rest on its seat.

Homage to you, who is mighty in his moment, most great one in the Place where Nothing Grows, lord of eternity, maker of infinity, you are lord of Herakleopolis.

Homage to you, who rests on truth, you are the lord of Abydos; your limbs are brought together in the Holy Land; you are he who loathes falsehood.

Homage to you, in his boat, bringing Hapi from his caverns. His light shines on his body; he is in Hierakonpolis.

Homage to you, maker of the gods, king of the South and North, Osiris, true of voice, founder of the Two Lands in his benevolent era; it is he who is lord of the banks of the Nile.

May you give me a way where I may pass in peace. I am judged true; I do not knowingly speak falsehoods, and I do not act doubly.

This is a really nice Self Blessing. It was written with a feminine slant, but can be reworded to fit any gender. 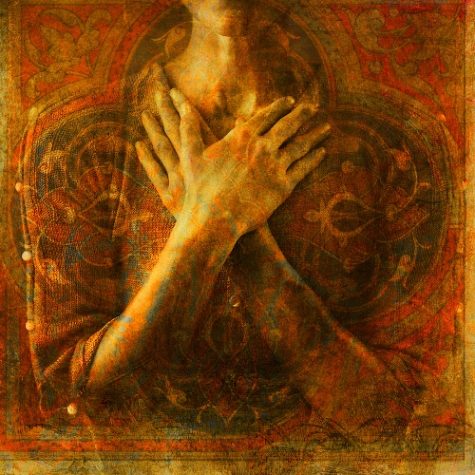 Found at: Blessed Be Me

Posted in Blessings, Invocations and Prayers | Tagged Goddess, Incantation, Self | Leave a comment 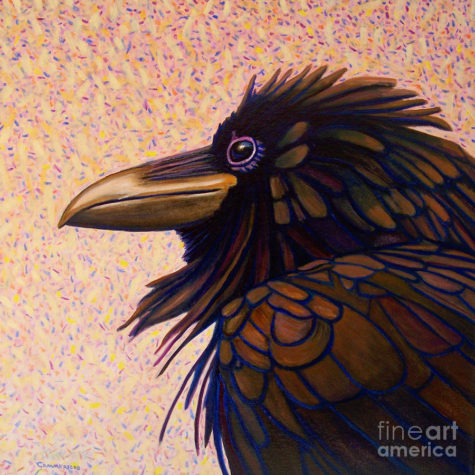 I wish I were a raven
on the shoulders of my lord.
I would give him sweet advice
and speak in wisdom’s tongue,
I would fly with Odin
to the edges of the world
and there we’d speak of times gone by
and sing of times to come.

The Pure and Blessed Spirits 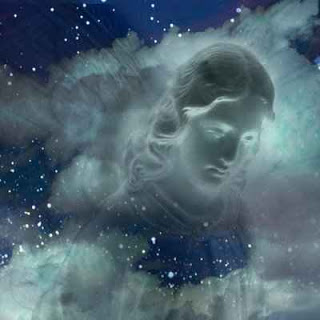 In the beginning the immortals
who have their homes on Olympos
created the golden generation of mortal people
These lived in Kronos’ time when he
was the king in heaven.
They lived as if they were gods,
and their hearts free from all sorrow,
by themselves, and without hard work or pain;
no miserable
old age came their way; their hands, their feet
did not alter.
They took their pleasure in festivals,
and lived without troubles.
When they died, it was as if they fell asleep.
All goods were theirs…

Now that the earth has gathered over this generation,
these are called pure and blessed spirits;
they live upon earth,
and are good; they watch over mortal men
and defend them from evil;
they keep watch over lawsuits and hard dealings;
they mantle themselves in dark mist
and wander all over the country;
they bestow wealth; for this right
as of kings was given them… 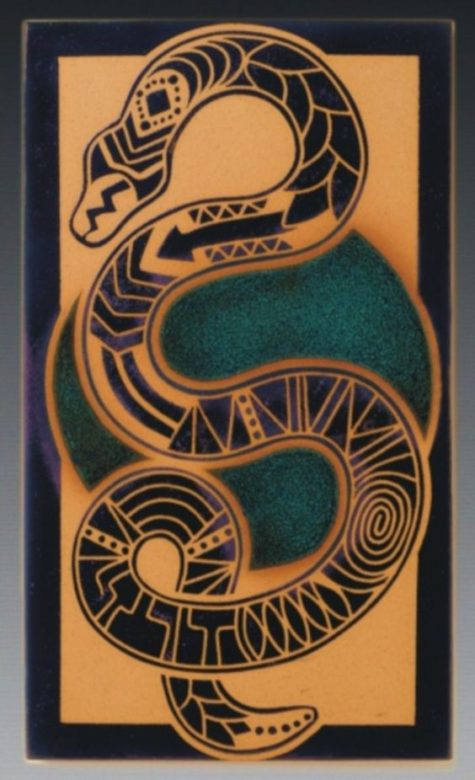 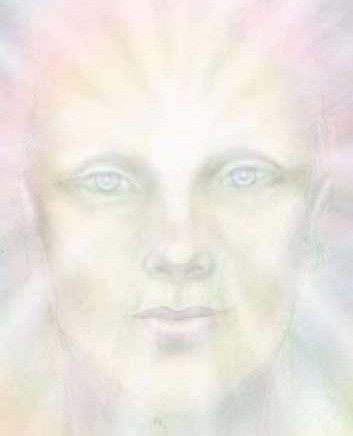 I feel the Goddess at my core
filling me with faith and health
Abundant Life Forces of the Universe
flow in me, and banish all disease

Found at: Katy Bug Did It

Beneath The Eildon Tree 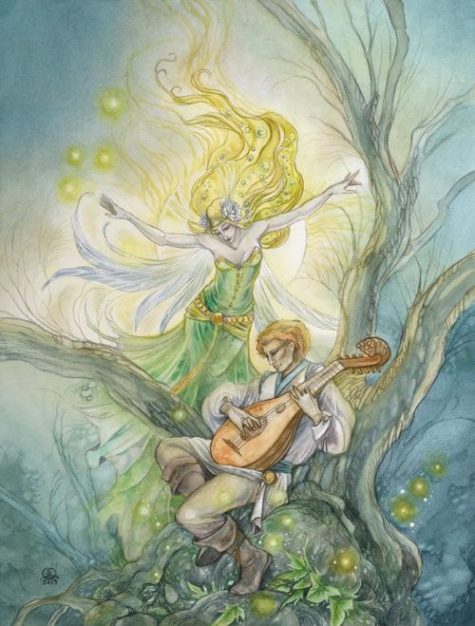 A hundred years I slept beneath a thorn,
Until the tree was root and branches of my thought,
Until white petals blossomed in my crown.

~ Kathleen Raine “The Traveler”
~ Thomas the Rhymer and Queen of Elfland beneath the Eildon Tree
~ Sacred hawthorne for the fairies.

Sunrise In The Garden 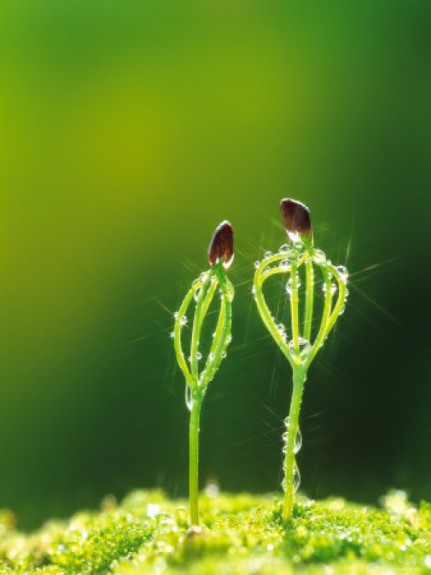 East, we enter the Dawn. The robyn comes, heralding youth and new beginning. Richness, color, growth, childlike innocence, deep rain, longer sun to linger. In what we have been given, tending to our lives to the richness, the color, the ability to share appreciation in silence or with words and action.

Are you tending to your garden? What do you want to grow and flourish? Give it attention, give it appreciation, call understanding, time. Spend some time watching nature unfold. Enjoy today; it is whatever you have been given to tend.

What are you creating? Are you moving at a pace that gives you life instead of draining or over-extending your life force? Spend an hour in the garden with the hummingbirds or the blossoms, warming into their fullness. They don’t think about it for very long… all they need is a little warmth, a little light.

Shine your light, extend your warmth. And notice how the glorious people and work in your life respond, opening in fullness, offering life to your energy.

If not it may be a time for pruning, so next years garden can flourish in the branches of mutual acknowledgement and appreciation. The garden always responds when tended.

Listen during the sunrise – listen. There is a story here. Every day a new step, a new grace, a new opportunity to listen fully. Listen every morning – she has a gift for you.

Commit to media that inspires – poems, songs, film – bring media into your home that fuels and nourishes the soul, the Beauty Way in your nature. If it does not inspire, don’t watch, listen, or allow it in your environment.

Notice richness. What nourishes your life? Give everything to it; allow yourself to revel in gratitude.

May this serve the highest good.
In Beauty – With great love,
Char Sundust 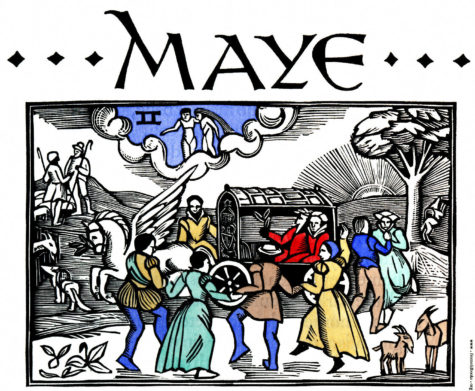 May is the time of fertility and new beginnings after a long winter. The Faeries are afoot! They dance in the hills and roll in the grass, reveling in the joy of warm May breezes. Our spirits are high with the lust and heartiness of spring. New life is stirring and appetites are keen.