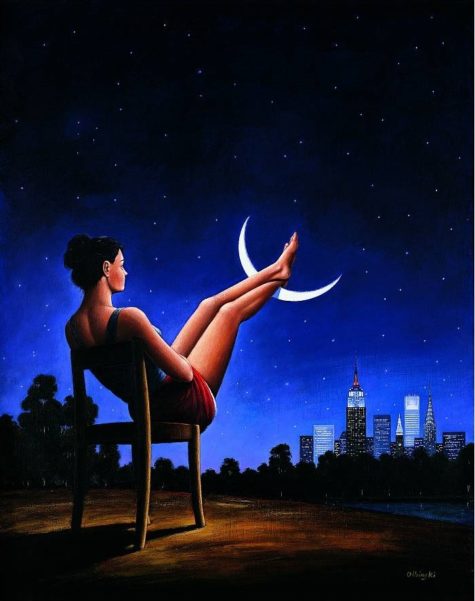 The lunacy
And the absence of moonlight,
lying here staring at my ceiling
because I can’t see the sky.

By the dim light of my little leaning
tower of pisa lamp-a tiny plastic architectural wonder,
with its small switch so old and functional-
I didn’t see it coming.

It’s the lunacy
that keeps me wondering how you are,
if you are seeing that moon again tonight, the same one
in the backyard
with the feathery tips of evergreens jabbing into it.

How crazy it was to have spied it together,
when things weren’t so strained.

I think you have me staring at this ceiling
while you stare at the moon.

I think you have lunacy, too.

I want to tell you about a lunatic’s sweetness,
galvanized by her belief that somehow
all this isn’t her fault.

The Hour of the Dark Moon 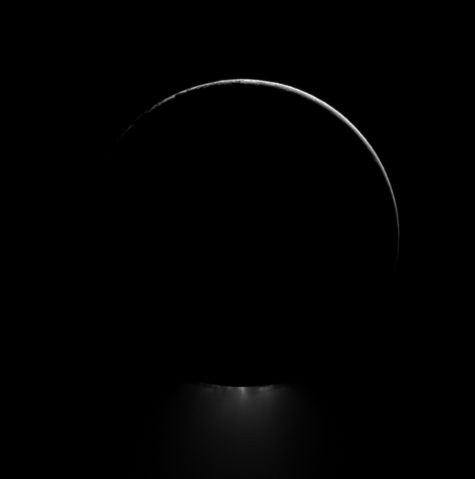 The hour of the dark moon draws near;
I hear the invoking words,
hear and appear
Chthonia, Enodia, Trioditis
I come unto the holy bliss. 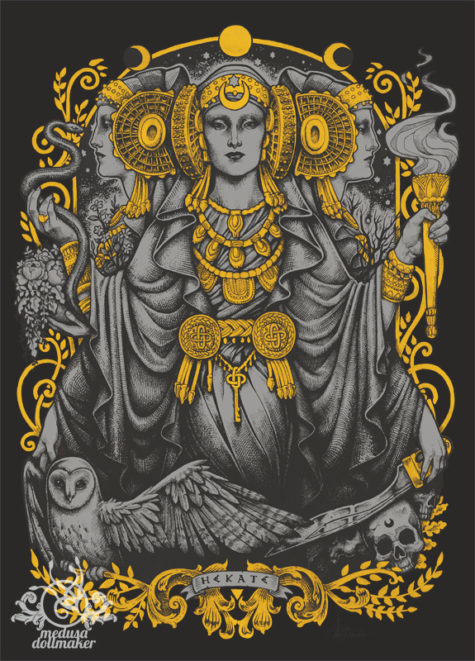 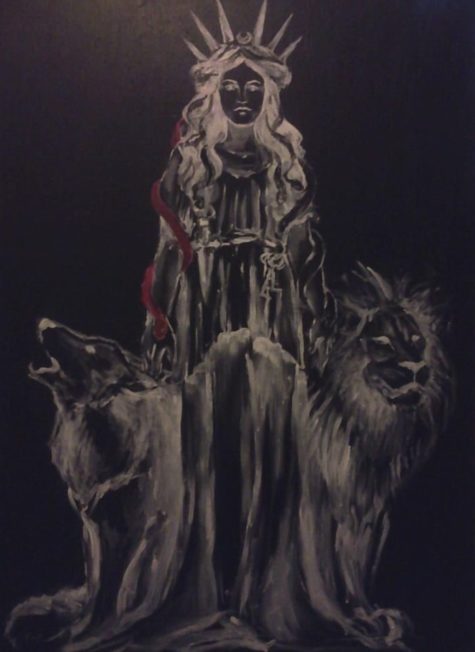 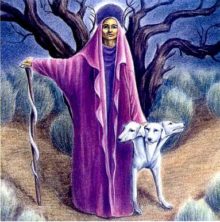 Light my path
Hear my plea, Hekate,
Goddess of the night.
On this crossroad I stand,
Show me my awaiting destiny,
Remove my fears so I can see,
With your blessed name, so mote it be!! 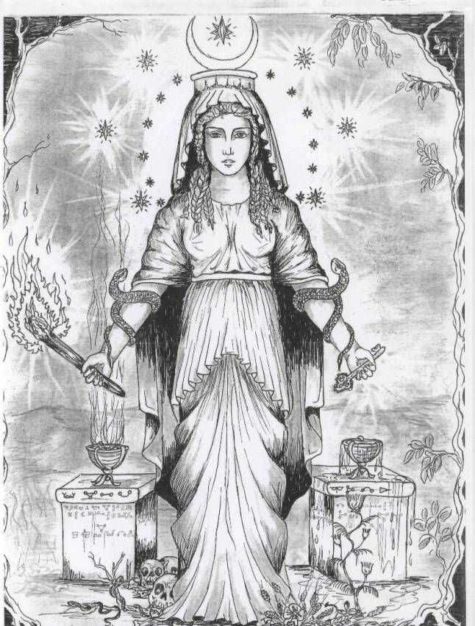 We ask the universe to lend us the power
to come to this circle in this hour
We draw to ourselves the request we desire
asking it harm none and let it transpire.

This spell is done on this new moon night
We know that everything will be alright
No way can this spell be reversed
no negativity no curse.

So Mote It Be!

Invocation To The Dark Mother 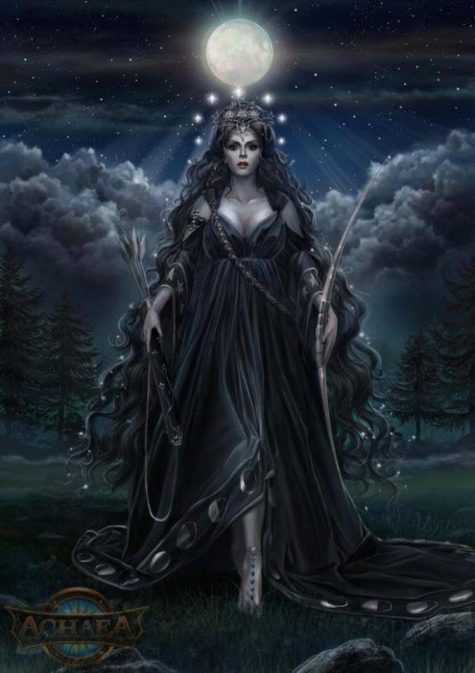 “We call to thee,
Ama,
dark Mother;
thou to whom all manifested life must return,
when its time has come;
dark Mother of stillness and rest,
before whom men tremble because they understand thee not.
We call to thee,
who art also Hecate of the waning Moon,
dark Lady of wisdom,
whom men fear because they wisdom towers above their own.
We, the hidden children of the Goddess,
know that there is naught to fear in thine embrace,
which none escape;
that when we step into the darkness,
as all must,
it is but to step again into the light.” 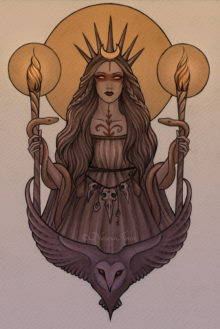 Queen of Ghosts,
Images of you on gate posts,
Highest priestess.
In the darkest dress.

Crowning a mare,
In the underworld Lair,
A hound at your side,
The serpent around your arm in a bind.

Protecting homes.
As the ghost spirit roams,
Ghostly hounds,
With your spirit crown.

Master of Magic,
Your death tragic,
Patron of Witches,
At your side two bitches,

Protecting from spirits,
When pleased you grant it,
Dark Magician,
Your priestess Medicean. 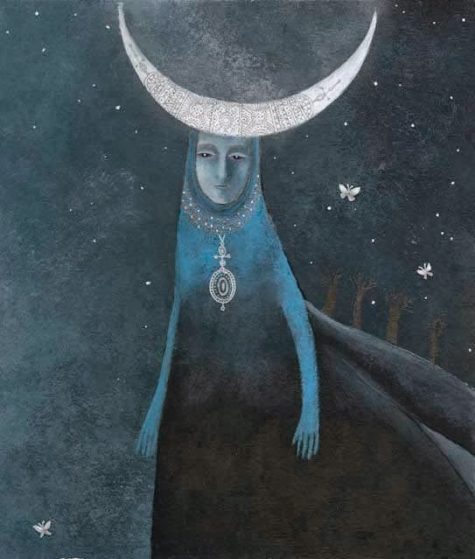 O Night-bellower,
Lover of solitude,
Bull-faced and Bull-headed One
Bull-eyed, horned,
Mother of gods and men.

~from the Greek Magical Papyri 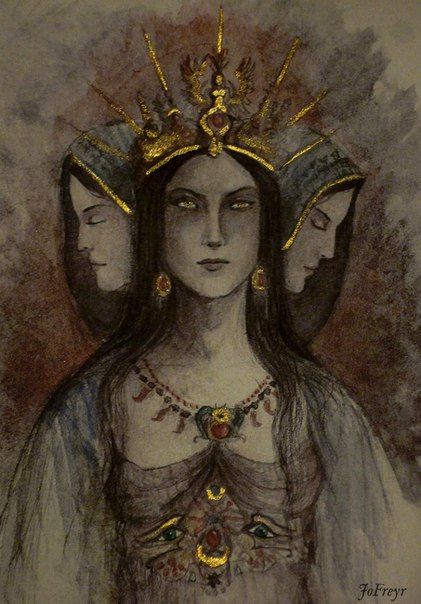 Great Hekate,
who spins the web of the stars and governs the spiral of life
Guide me through towards pathways of understanding,
From Crossroad to Crossroad,
The Torchbearers and the Keybearers of your mysteries,
will always find one another…”

~From the Rite of Her Sacred Flames